What are the cloud-like blobs in the Martian southern hemisphere?

In a very recent edition of New Scientist, an article Mystery cloud-like blobs over Mars baffle astronomers (16 Feb, 2015), detailed that

on 12 March 2012, amateur astronomers around the world noticed a strange blob rising out of the planet's southern hemisphere, soaring to 250 kilometres above the surface.

According to the article, this anomaly grew to be about 1000km across and even had 'fingers' stretching to space.

The article, details several theories (some being a bit wild) including atmospheric processes, aurora and stretching reality quite a bit - aliens (from the article, not me).

An image of the plume is shown below (a still image from this YouTube clip, which states that a 2nd plume was observed some months later: 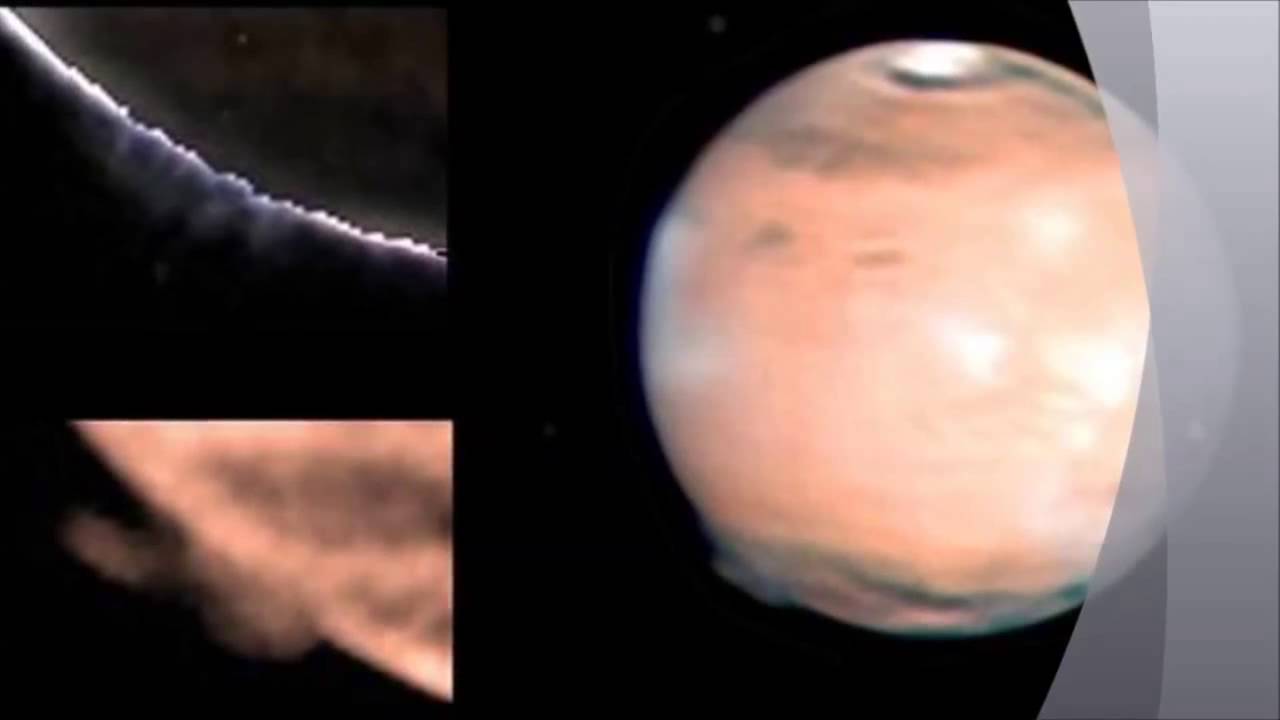 The plumes appear to have formed in a region called Terra Cimmeria.

What are scientific theories, models etc for the formation of the cloud-like blobs in the Martian southern hemisphere?

From the Nature article, the authors propose two alternative explanations:

We used photometric measurements to explore two possible scenarios and investigate their nature.

I think, they are the most trustworthy interpretations that one can get. Please note that, even if the data are from 2012, the paper is published in 2015, therefore the interpretation is not outdated.

3
Can the martian dichotomy (SIH) and the moon's formation (GIH) be related?
9
At what depth on Mars would the atmosphere have equal pressure of that on Earth?
10
What could be the possible origin of boron found in the Martian soil if not from ancient groundwater?
8
Why are Mars northern/southern hemisphere altitudes so different?
2
What are the characteristics of solid carbon dioxide on the Martian poles?
0
Martian dust storms-what was the smallest in area, or shortest in duration storm detected?
3
How old are the Martian blueberries?
20
When was the martian dichotomy first observed?
0
Who coined the phrase "martian dichotomy"?
5
Is dust the only reason why the Martian sky is so bright?