What is the object in this photo?

What object is in this photo? 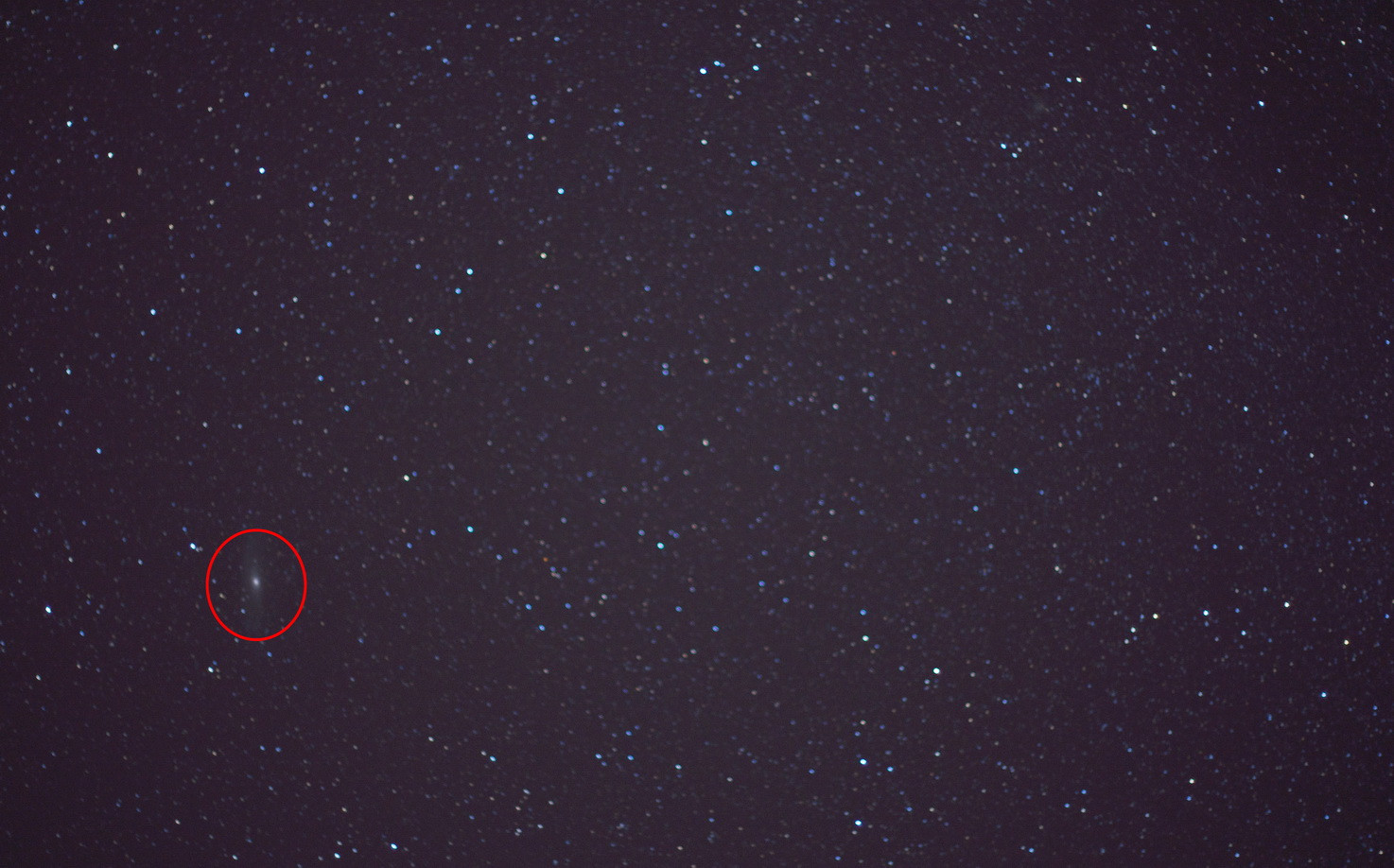 Your guess was correct. It is the Andromeda Galaxy, M31.

Here is a map of the part of the sky near zenith at the place and time you provided: Sky map for Taganrog, Russia on 11/23/2013 5:00:00 PM UTC. Even the rotation is small. The sky map is rotated approximately 30° counter clockwise relative to the photo. You were approximately facing south when taking it. 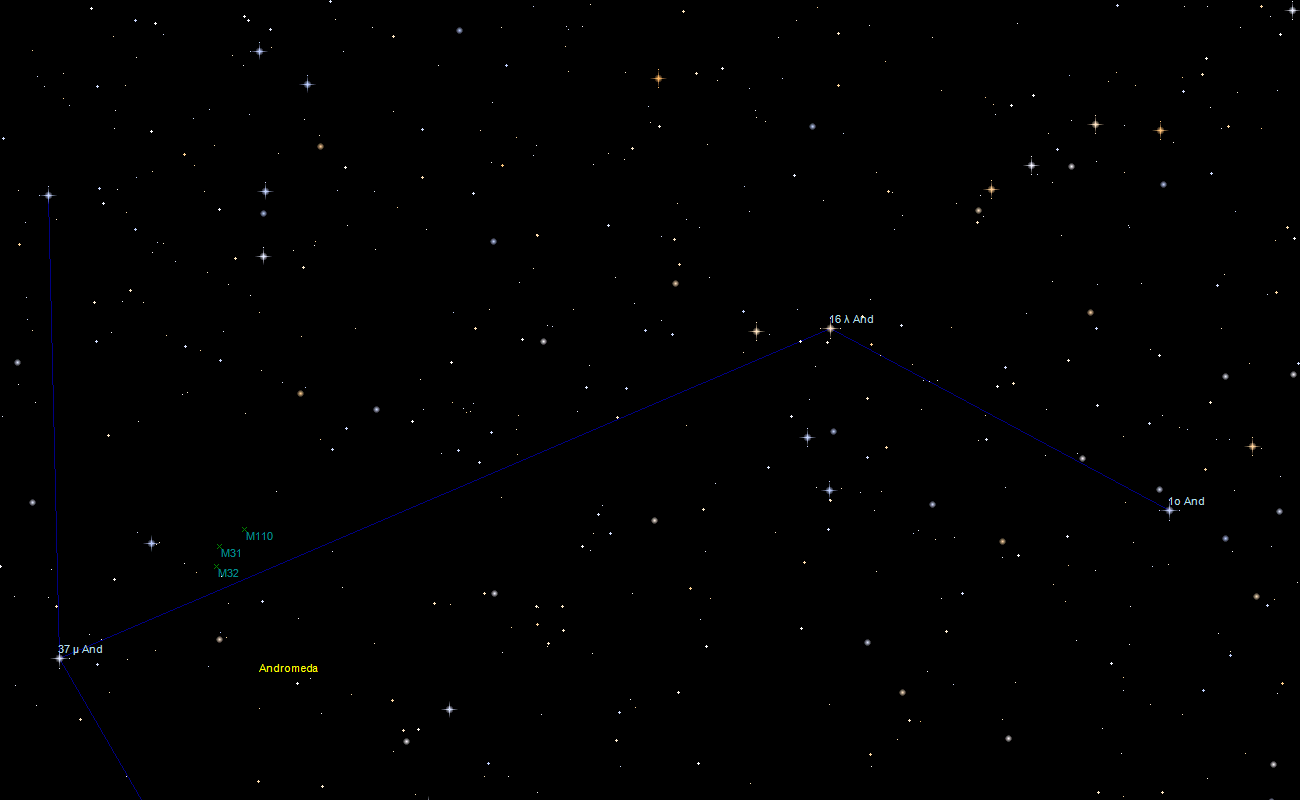 The bottom of the three stars in the upper-left corner of your photo is φ Andromedae (connected by the vertical line with 37 μ And on the sky map).

The 1 ο And on the sky map is not on your photo.

Not the answer you're looking for? Browse other questions tagged amateur-observing observational-astronomy photography or ask your own question.

0
How accurately can you tell the time using a photo of the stars?
2
Is it possible to tell the time of day by shadows on the photo
2
Calculating the Size of Earth in the Apollo 8 Earthrise Photo
4
What's going on in this photo of Halley's comet's tail?
4
What's the object in the sky?
0
60 second exposure photo with phone at eyepiece with an app produced giant ball of light, what next?
5
Where was this photo of Nancy Grace Roman taken, what is the display shown?
1
I saw a weird thing around Venus
6
Is the Object in this Photo Mars?