How can a galaxy in-between our view and the galaxy behind it have a 'lensing effect'?

In this article, the author writes:

This galaxy is so distant that it would have been invisible without the gravitational lensing effects of a large galaxy cluster called Abell 1689, located nearly 2.2 billion light years away in the constellation Virgo. The cluster’s enormous mass acts as a natural telescope by bending and amplifying light from objects behind it, like A1689-zD1.

To me this doesn't quite sound the same as what a telescope is doing.

My question is: How can a galaxy in-between our view and the galaxy behind it have a 'lensing effect'?

It's called gravitational lensing. Here's a link to the wikipedia article on the subject: http://en.wikipedia.org/wiki/Gravitational_lens.

Gravity affects everything, including light. A massive object such as a star, a galaxy, or in this case, a cluster of galaxies, bends the path of photons that pass very close to the massive object. Bending light is the basis of the lenses in an optical telescope. 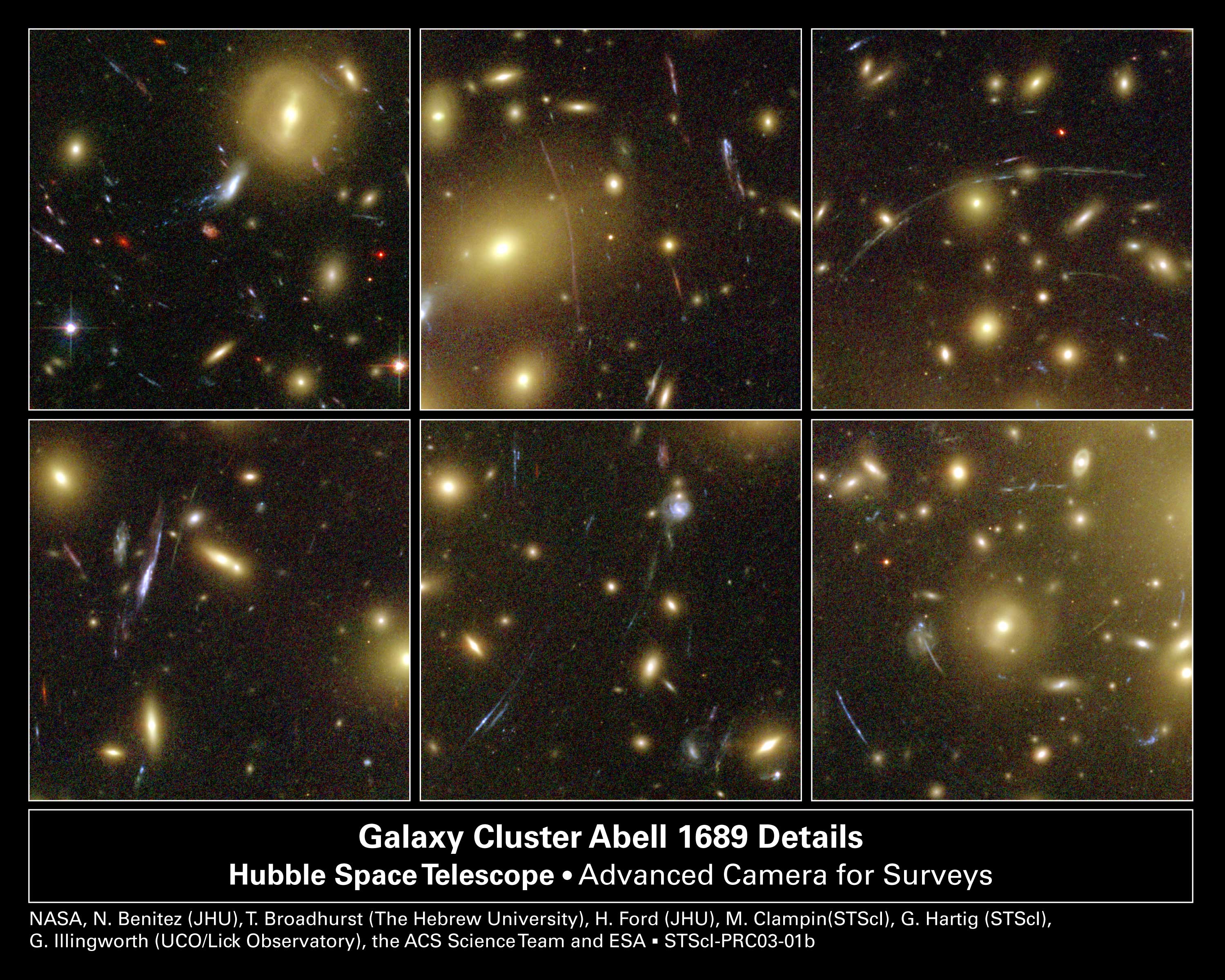 The cluster magnified the remote galaxy A1689-zD1 by a factor of 9.3. Without that magnification, that remote galaxy would be invisible to current technology.

Not the answer you're looking for? Browse other questions tagged gravity galaxy telescope gravitational-lensing .

4
Pictures of large galaxies
6
Telescope in Sun's gravity lens focus - pointing, gain, distortions
10
What is the scale of things you can see with gravitational lensing?
10
What (actually) is the " deprojected half-light radius" of this almost-all-dark-matter Galaxy?
3
What exactly is it that is being magnified 50 times in this gravitational lensing observation?
3
Why is this Einstein ring pink?
1
Is a black hole found in the centre of the low-surface-brightness and dark-matter-free galaxy AGC 114905
6
Gravitational mirroring: Can we theoretically see the Milky Way using a telescope?