What's this red stuff in some astronomical photos, e.g. Centaurus A? 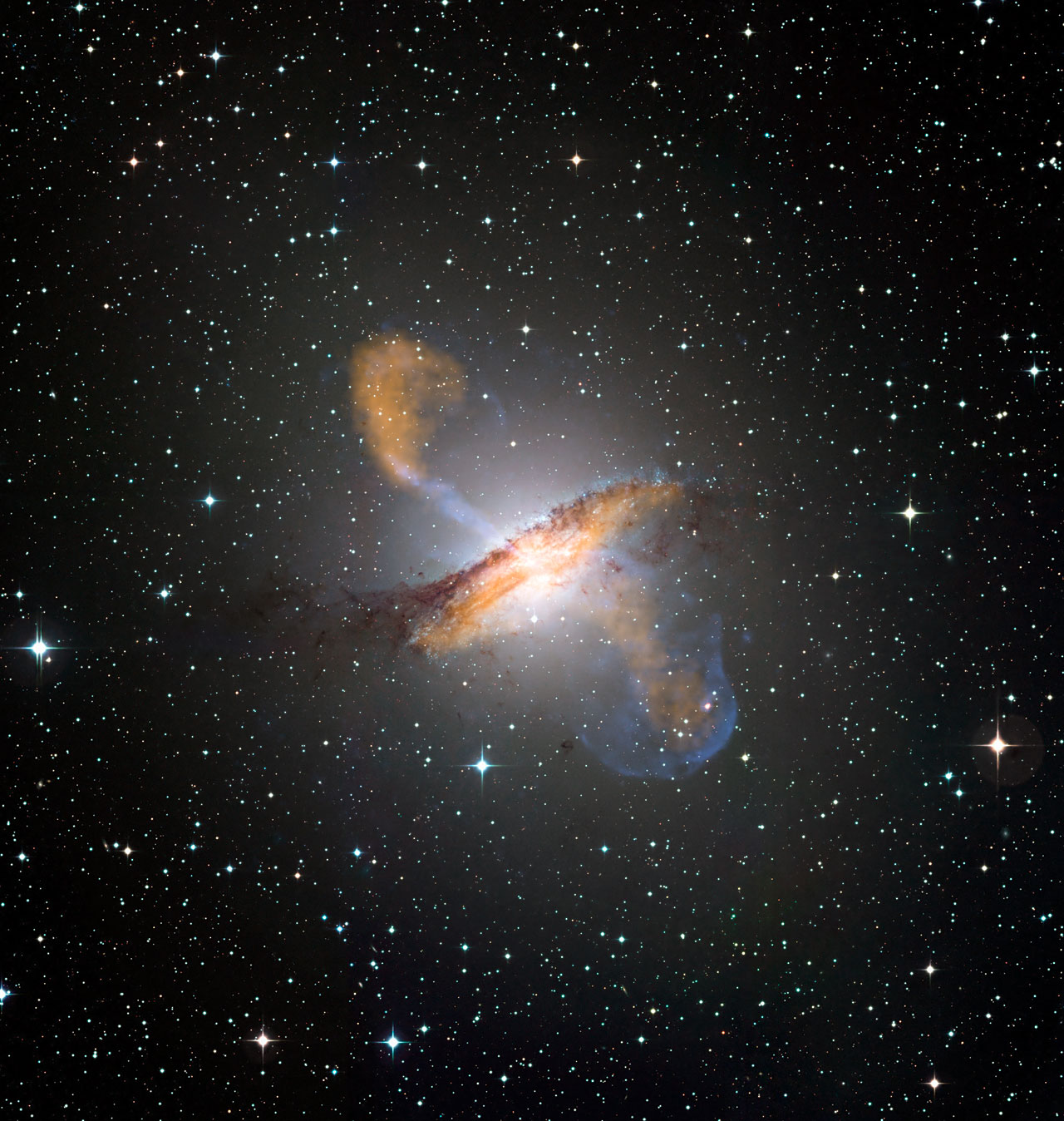 Sorry for the rookie question, but I've got no idea about that red "belt" crossing over center of the galaxy, in this photo. I've actually tried all sorts of google searches but I couldn't get anywhere with keywords like "The red stuff" or so. Years ago I had a color book in which I saw this photo for the first time, and I can remember my attempt to remove the red dirt and clean the image with my shirt!

"Clean the image", how apt, because most of what you can see is caused by dust.

It is a bit difficult to comment specifically because I think you have chosen an example which is a combination of images and not all the images are in the visible part of the spectrum and so have had a "false colour" applied. In fact it is a combination of optical, X-ray and sub-mm images.

In general terms red is present in false colour astronomical images, usually used to representing the coolest or longest wavelength light in the image.

Red is also present in true-colour images of nebulae and is caused by light emitted due to transitions of atoms and ions between excited states separated by particular energies. Red light is predominantly due to Hydrogen alpha and ionised nitrogen emission.

The coolest stars are also red in true colour images, simply because their pseudo-blackbody radiation spectra peak in the red part of the spectrum for temperatures lower than 5000 K. The integrated light from old stellar populations (predominantly cool main sequence stars and red giants) would therefore have a reddish tinge - for example in elliptical galaxies.

As I said, it is hard to say in the case of this particular composite image, but the band across the centre of the galaxy is dust. It obscures (makes dark), the optical image, but warm dust glows in the sub-mm image. The structures coming out of the galaxy at right angles are jets from the active galactic nucleus traced in the X-ray.

Orange: the orange represents far infrared. The flurry of star formation activity in the galactic disk has created large quantities of dust, which when heated by the stars themselves, glows in infrared wavelengths.

White: the bright white across the galaxy, and the fuzzy haze surrounding it is the optical light from the billions of stars that make up the galaxy.

See also this false colour image of Centaurus A.

Not the answer you're looking for? Browse other questions tagged galaxy photography or ask your own question.

8
What's the white glow around this star?
4
What's going on in this photo of Halley's comet's tail?