Where is Mars in the night sky

I live around Houston, Texas and I'm taking advantage of Earth hour to look at the stars. I've found two objects that I think might be Mars. Both of them are in roughly the same plane as Venus and Jupiter. Both are closer to Venus than Jupiter. One of them has a reddish tint and is higher in the sky than Venus, and the other is closer to the horizon than venus. It is 8:50 as I type this. Is one of these Mars?

At that time (20:50), and that location (Houston, Tx), Mars was closer to the horizon. You can see that in the sky-chart provided by heavens-above.com (attached below).

I cannot tell what's the other object you describe, but if you are not sure whether something is a planet or a star, the planets doesn't twinkle whether the star does. 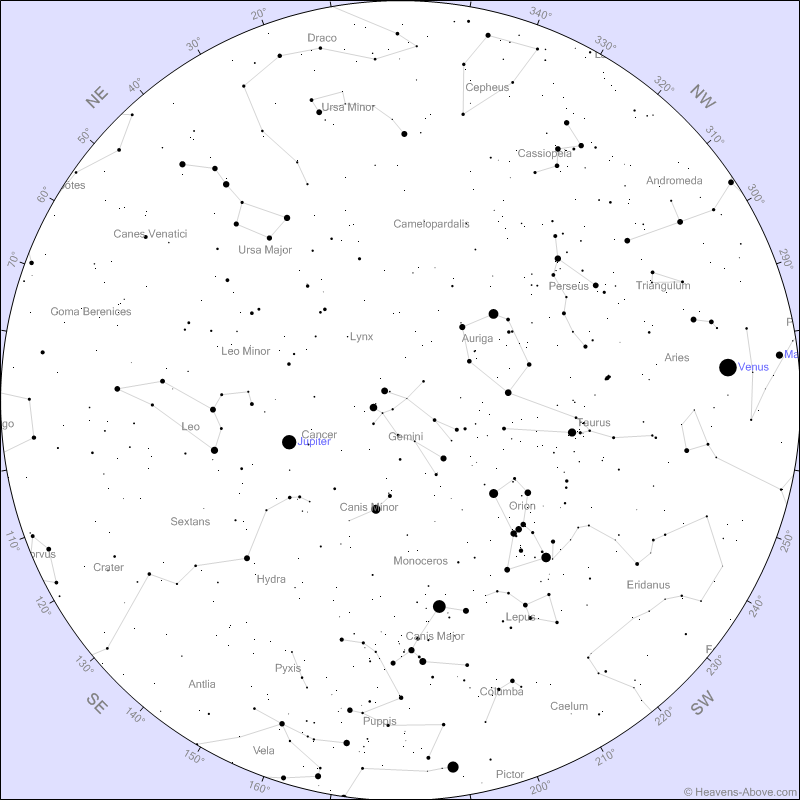 You will be able to recognize Mars easily from its red color. Mars looks like a red tiny dot in the night sky. You can always use apps such as Google sky map. You simply point your phone in the direction of the red dot and your phone will identify the object for you.

Not the answer you're looking for? Browse other questions tagged planet amateur-observing or ask your own question.

18
Why do stars appear to twinkle?

5
What are some night sky objects I could see with my Celestron UpClose 20x50 Porro Binocular?
2
How significant is a planet's density to the formation of life?
2
High quality, detailed images of planets on web
4
Which stars have I been seeing?
1
How to see Mars and Venus in color?
6
Is the Object in this Photo Mars?
30
Which planet, viewed from which other planet would appear the largest?