Are there any alternative explanations for the gravitational force we attribute to dark matter?

It always seemed counter-intuitive to me that we observed an measured a gravitational force and since the universe has not enough mass to account for it, the conclusion was to say there's a different kind of matter wich doesn't interact with ordinary matter nor can be seen o measured.

What if the force was applied by other adjacent or overlapsed universes or by something completely different? Are there any other theories propossed? or would we just call whatever we find out to be the source of this force "Dark matter" even if it´s nothing alike matter?

There are certainly people who study alternative (non-General Relativistic) theories of gravity. The most popular theories have so far been:

TeVes seems to be the most promising alternative to General Relativity (it may be able to explain things like rotation curves, predicts gravitational lensing, and some other things), but there are still many problems it doesn't do well with. So far it seems like modified theories of gravity are creating more problems than they are fixing - though I must admit, the existence of things like dark matter and dark energy are non-trivial issues cosmologists must come to terms with.

When it comes to things like alternative universes and the like as the cause of our current mysteries, I'm sure these things have been proposed. The problem here is coming up with an experiment to test them. Dark matter has been named as such because we know that it doesn't emit or absorb any radiation. As far as detecting such a particle, many real experiments have been conducted and will be conducted, and is an exciting field of research.

Below shows a few of these experiments and the range of cross-section/mass parameter space it has/will probe: 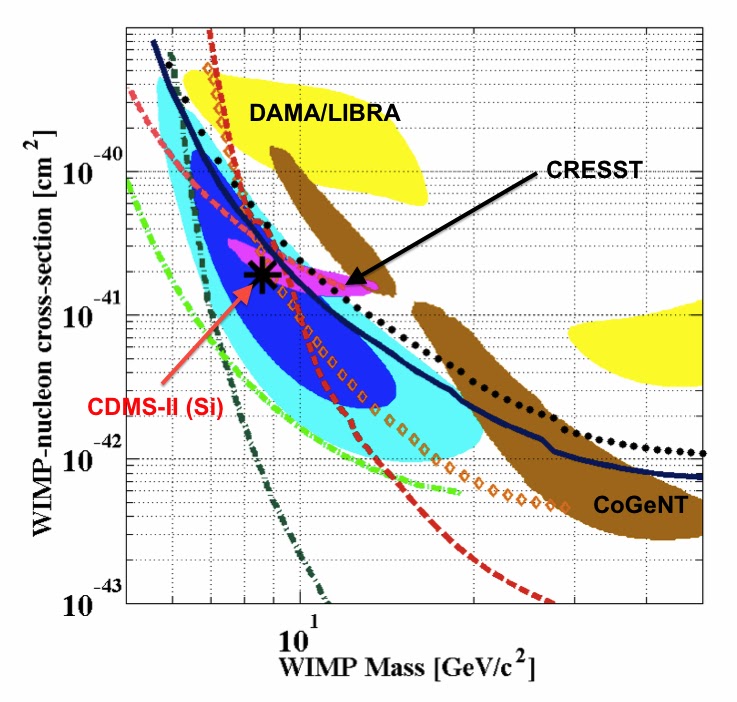 Not the answer you're looking for? Browse other questions tagged universe gravity matter dark-matter or ask your own question.

9
Could dark matter be wrong?

2
Can the theory of multiverse explain dark matter?
6
Is there Dark Matter inside the Earth?
17
What are the differences between matter, dark matter and antimatter?
21
Could there be dark matter black holes?
4
How are gravitational lensing and dark matter related?
2
The anomaly of spiral galaxies and the need for dark matter
0
Is the dark matter just regular matter out of the observable universe?