How is the cost of JWST distributed on different parts of development and operations?

The James Webb Space Telescope costs nearly 9 billion dollar. What parts of this project cost how much?

I suppose that almost every component has to be developed and is not available to buy off the shelf. So most of the costs should end up as salaries to engineers. I see that the top 10% US specialist aerospace engineers earn 163,000 dollar. The JWST budget covers 54,000 such yearly salaries. Are really thousands of the best engineers working on this project? Or are maybe some materials, like beryllium, very expensive? Like JWST's average cost of about $1½ million/kg. Launch costs are anyway negligible in this context.

So most of the costs should end up as salaries to engineers.

Even in a project that is solely people-based, most of the costs do not end up as salaries to engineers. Salary is typically a bit less than a half of the cost. Those engineers get benefits. Health care in the US isn't cheap. They get holidays, vacation, and sick leave. They receive matching funds on their 401K contributions. In the US, employers and employees both contribute to the cesspool lockbox sometimes known as "Social Security". The employer share is part of the cost of having an employee (and companies charge for it). The employer also pays for unemployment insurance and other items on behalf of their employees. Those engineers sit at desks in an office or a cubicle, and have a nice computer on which they do their work. They use the employer's servers, printers, copy machines, conference rooms, break rooms, and coffee machines. All of that costs money. These overhead costs are the first of several indirect costs.

The accountants who write those engineers their paychecks aren't charging to any project. They're still paid by the company, as are the executives of the company. The executives also typically don't charge their time to a project, and those executives can be paid quite handsomely. This leads to another category that adds to quantity that companies charge the government, "general and accounting". Finally, for-profit companies need to keep their shareholders / stakeholders happy. They need to earn a profit. This leads to a third category that companies charge the government, "profit".

When you add up all of those indirect costs, they come close to and oftentimes exceed direct costs (i.e., chargeable salary). Note that this is for a project where the only costs are the people working on it. 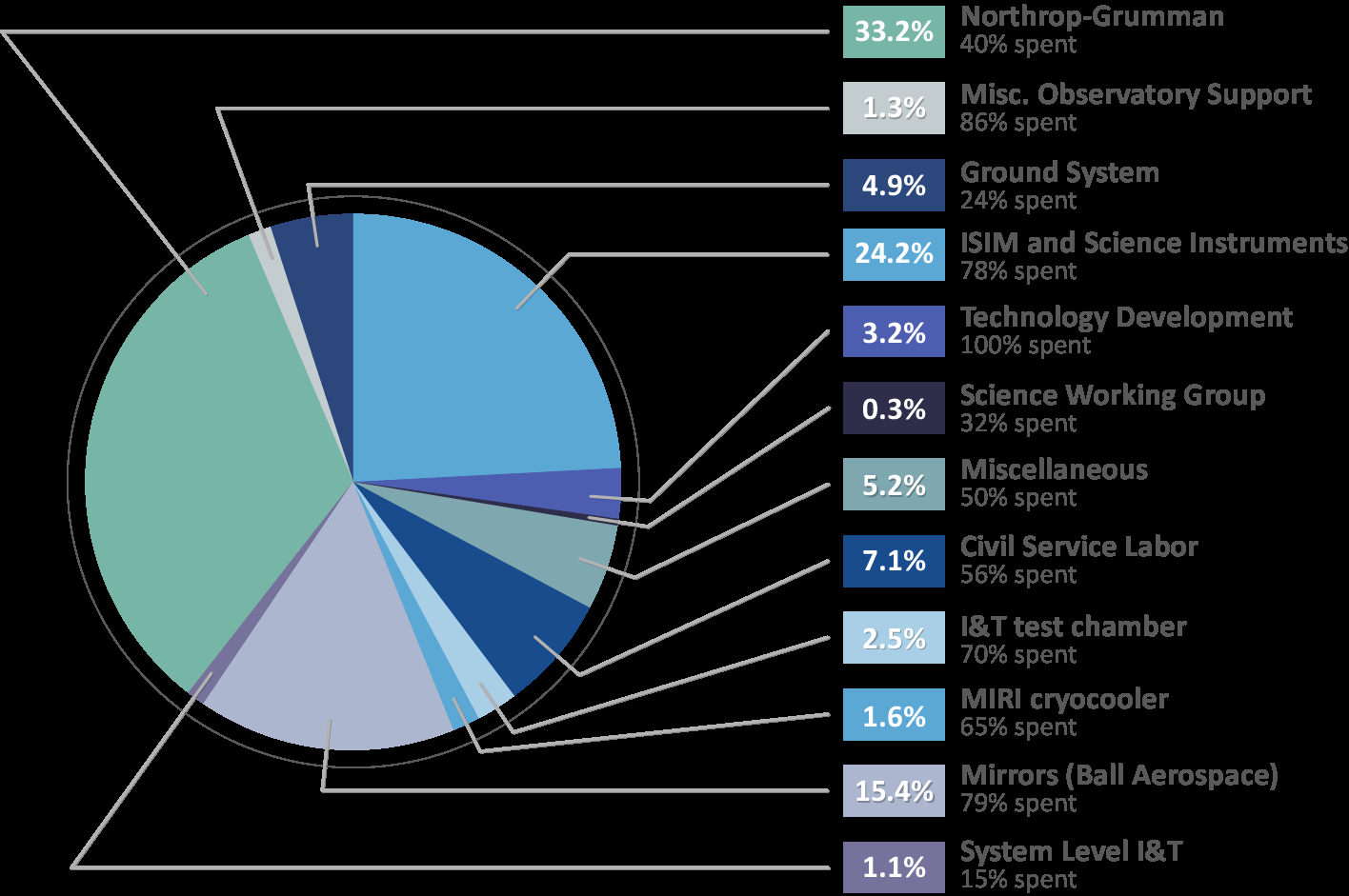 The "% spent" refers to the status of spending at the time.

That's not completely helpful, because that's only broken down by instrument sections. For example, "Northrop-Grumman" doesn't tell you the salary breakdown, as you mentioned.