I've been having trouble getting really sharp focus on my telescope. Using Saturn as a reference, with a 20mm eye piece it is very sharp. But when I go to 10mm or 6mm, it gets bigger and blurrier. I re-adjust focus each time I change eye pieces, but the best I can get at the stronger magnifications is still very blurry compared to 20mm. The 20mm will have nice sharp edges on the planet and rings, whereas 10mm and 6mm have fuzzy edges on the rings, and the planet itself.

I'm using the Celestron NexStar Evolution 8 Schmidt-Cassegrain Telescope. I'm in a suburban area so I'm sure there is light pollution, could that be a factor?

I also tried combining the 20mm with a Celestron 2x Barlow lens, just with an idea that maybe it would make a difference, but it was pretty much the same.

Is there something I'm doing wrong?

Your telescope has a 2000 mm focal length, and 200 mm aperture. With the 20 mm eyepiece, you get 100x magnification. With the 10 mm lens, you get 200x. Several things could cause what you describe:

Seeing (turbulence) might be bad. It is common in many places that less than great seeing means everything at 200x and over might start looking blurry. But seeing changes with the seasons, or day to day, hour to hour, or indeed from one second to another. It's random. If you get the exact same results all the time, and the image never improves even after many weeks of trying, then perhaps it's not seeing that's the culprit.

Your telescope might not be collimated. Look in the user's manual. Is there a collimation procedure you need to follow? (EDIT: yes, there is - page 20) A miscollimated scope indeed behaves as you described - seems "sharp" at low-ish magnification, but quickly becomes blurry if you push magnification up.

Point the scope at a bright star and defocus. Are the rings perfectly circular? If not, it might be miscollimated.

Another factor is optics quality. Optics with lots of aberrations cause "mushy" images and a difficulty to find the true focus. High quality optics produce a scope that is very "snappy" when achieving perfect focus, and make very sharp images when seeing is good. There's nothing you can do about this, but the good news is - this problem is not very common nowadays; optics quality, while not always great, tends to be at least passable in many cases. Quality could be evaluated either on the test bench (which requires equipment), or via direct observation of stars (which requires a very experienced observer and takes time).

Finally, have you compared views with another instrument of similar aperture? The image at higher magnification will always seem a bit more soft, compared to lower magnification - even in perfect seeing with a collimated instrument. Also, the contrast always decreases as you increase magnification. This is why there is always an optimal magnification for each view - sometimes higher, sometimes lower, depending on many factors. The best scope in the world will look mushy and blurry if you push magnification up too much.

Can you easily see the Cassini division in Saturn's rings? If yes, then you're probably in okay shape (collimation and seeing), you're just not used to the softness at higher magnification. I have a very high quality reflector (self-made), similar aperture class to yours (a bit smaller), and Cassini is immediately visible at 180x and looks sharp; it's also visible at 255x but the whole thing starts to look mushy and faded. It looks super-sharp and high-contrast at 136x but it's kind of small. This is in perfect collimation, perfect thermal equilibrium, high quality optics throughout the stack (primary and secondary mirrors, eyepieces), and good seeing typical of N. California.

When seeing is bad, Cassini starts to fade no matter what I do. 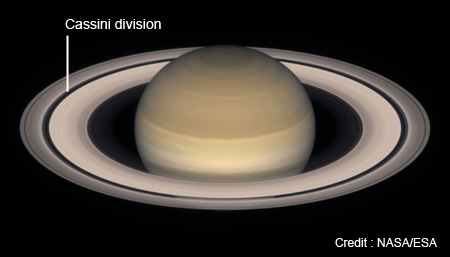 Does Saturn look equally soft in the center of the image, as well as near the edge? Good optics (mirrors, eyepieces) make a good image everywhere, cheap optics make an okay image in the center and a blurry image at the edge.

My bet is that it's either bad collimation, or you haven't compared the view at 200x with another scope, or both. But it's hard to diagnose things over the Internet.

You should probably get a 15mm eyepiece as well. You'll use it a lot, probably more than the 10mm.

Light pollution is never a factor for: planets, the Moon, the Sun, most double stars. These things are just too bright to care about it, so observing them from the city is fine. What does matter is seeing (turbulence). Also, it's important that the scope is in perfect collimation.

Light pollution only matters for the "faint fuzzies": nebulae and galaxies. These are low-brightness, low-contrast objects, that are difficult to see from the city. Being low contrast, your eye will not perceive a lot of detail anyway, so for these objects seeing doesn't matter.

Congratulations for being aware of, and following, the rule that says you need to acclimate the scope to ambient temperature. A lot of people are not aware of it. At least you're removing one unknown from the equation. It's always a good idea to let the scope "breathe" outside for an hour before you even begin to observe.

One way to be 100% sure that your scope is focused perfectly is to use a Bahtinov mask. Just make (or buy) one to match the scope's diameter, put it over the scope's mouth, point scope at a bright star, and tweak the focuser until all spikes intersect exactly in the center of the star. Then remove the mask - the scope is in perfect focus. This will probably not help in your case, but it's just one way to remove another uncertainty. It also helps with regular observations - I use it almost every time I observe, it makes focusing so much easier.

The mask could be made from a piece of cardboard and a sharp knife in like 20 minutes. It doesn't need to be a marvel of engineering precision to work well.

Yes, the obstruction does matter a little, but not to the extent that Internet mythology would have you believe. A Cassegrain instrument, with good optics, in perfect collimation, can be a superb telescope even at a 40% obstruction. It simply performs like a somewhat smaller instrument, that's all (the physics of the central obstruction are very complex, and would require an entirely different discussion on this forum to fully elucidate).

Miscollimation is quite likely the #1 performance killer of all amateur telescopes. Some well-made refractors are more or less immune to it, but most reflectors need periodic collimation.

It's a good idea to google around for various collimation techniques, there's so many of them. Some require the observation of stars, some require special devices known as collimators. The technique is also different for different types of telescopes (newtonian, cass, etc).

If you own a reflector, it's a good idea to collimate it once in a while, just in case, like changing the oil on a car. Dobsonian telescopes probably require most frequent collimation.

Check Howie Glatter's site - he makes some of the most precise collimators currently available:

Regardless, just learn any method you can and apply it. If the telescope is massively miscollimated, you'll get an improvement immediately.

Not being able to see Cassini is not a good sign. Maybe seeing is persistently bad (it can happen), or maybe the scope is off-collimation. Can anyone else in your area see Cassini these days in a similar aperture, in a scope known to be collimated well?

Surface detail on Saturn is not easy to see, but should be doable with apertures over 100mm. It's like zones of latitude similar to Jupiter's equatorial belts, but very, very pale and faded. You have to keep looking for a while to see it. Don't worry if you don't see that stuff for now.

Jupiter's Great Red Spot is harder to see nowadays. It's been shrinking and fading for decades now. Go on Wolfram Alpha and type in Great Red Spot. It will tell you if it's visible at the moment. Usually it looks more like a dent in the equatorial belts, rather than an actual visible spot.

Jupiter works best at not so high magnification, otherwise the contrast gets too low. Around 140x ... 180x should give you decent contrast in your aperture.

Did you try to slowly "fine tune" your focus when using the 10/6 mm eyepieces? The higher the magnification, the more sensitive focus is to adjustment.

Not the answer you're looking for? Browse other questions tagged telescope collimation .

2
Why can't I see Mars clearly?
4
Am I using my Celestron 8 Schmidt-Cassegrain telescope correctly?
1
Planetary observations: what to expect from the Powerseeker 50AZ?
1
Photographing Venus with a phone through a telescope
4
Trying to use Canon 60D DSLR with Skywatcher 130P. Can't focus image
25
Is it possible to do planet observation during the day?
1
How to estimate my eyepiece FOV?
3
Not getting quality images in telescope
3
Focus Problems when using Barlow 3x or 4mm lens