Where did Mars' water go?

Many sources indicate that there is ice water on Mars today, but it is mainly traces, here and there, but not that much.

However, solid hypothesis state that there were oceans on Mars, see Wikipedia's Mars ocean hypothesis or at least large aquifers on early Mars. They all concern early Mars so around 3.5 to 4 billions years ago. These theories suggest that Mars oceans could have formed Mesa landscapes (just likeGrand Canyon or Monument Valley).

So my question is simple, if all these hypotheses are true, where did that water go?

Is it possible that so much water could have been evacuated from the planet? I guess it would have needed A LOT of energy.

So it may have been transformed on the planet.

Is it possible that the water has oxidized iron, creating Iron oxide (ie rust) and that it is the main reason for Mars red color? The Mars ocean hypothesis page suggests some leads about the fate of that ocean, but none suggests the oxidation of iron consuming the entire oceans. Moreover, oxidation would imply the presence of water and dioxygen... 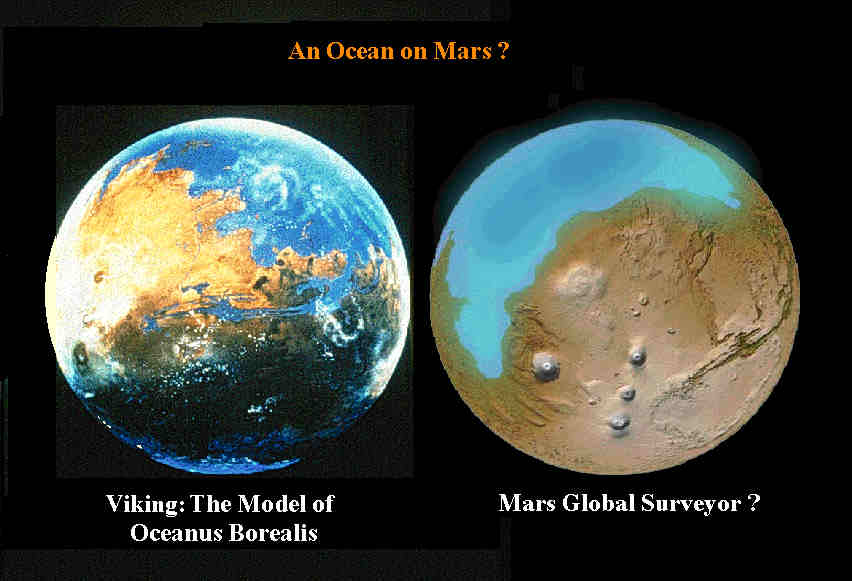 Some of the water evaporated, some of it froze and another good part of it went into the surface and is now subterranean. For more info read Mars' Vanished Water & Atmosphere --Where Did It Go? and MAVEN’s Quest – Where Did Mars Water Go?.

There's much still to learn and experiments in the future will help us to better understand the evolution of Mars' atmosphere.

Not the answer you're looking for? Browse other questions tagged mars water or ask your own question.

6
If the Mars polar caps were melted, how deep would the oceans be?
2
Could Mars have oil?

17
If Venus and Mars changed places, would we then have 3 habitable planets?
7
Meteorites bring water
4
Does liquid water on Mars means life?
10
What could be the possible origin of boron found in the Martian soil if not from ancient groundwater?
11
Can Liquid Water exist on Mars?
3
Would drinking melted ice water from Mars taste like sparkling water?
2
Could Mars have oil?
0
Does Mars' “Northern ocean” have another name? What about the “Inland Sea”?