Why are galaxies disk shaped?

I always see galaxies in "disk" shape in pictures. It is like, there is a rotational movement on a plane and the system is balanced by the pulling-in gravitational force which prevents the stars to leap out of the galaxy. What is the physical reason behind this? I have never seen a star in disk shape. A star is nothing but a much much smaller non-solid mass revolving around an axis, just like the galaxies. Does size matter? What makes the difference? Why doesn't a typical galaxy form in a spherical shape rather than a disk shape? 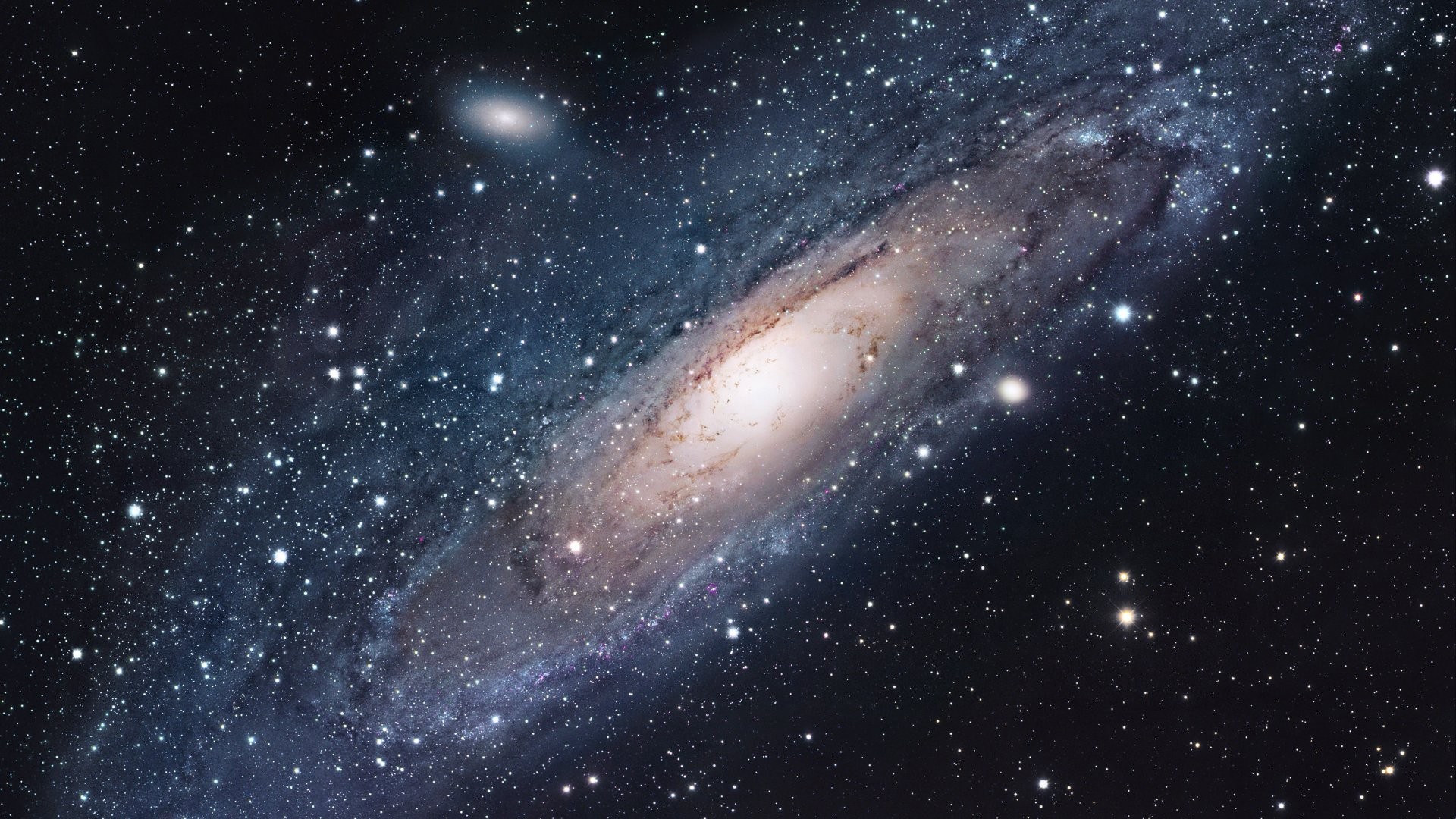 Answering the question on the title:

The basic answer to your question is Conservation of Angular Momentum. Astronomers have been interested in this question for a long time and are still writing papers on the subject. Even if you assume that at the time of the big bang there was no net angular momentum in the universe, one would expect that there were local fluctuations. When galaxies initially formed by gravitational attraction these net local amounts remained. Now angular momentum is conserved so when the initial collection of stars and gas in one galactic volume start to collapse the net angular momentum has to stay the same. Since angular momentum $\vec{L} =m\vec{v}\times\vec{r}$, for a given $v$ its easier to conserve $L$ if the $r$ is large. In the orthogonal direction (along the axis of the accidental angular momentum) there is no such hindrance to collapse and so the collection turns out to be disk shaped. By the way there has been several studies on the net angular momentum of a large collection of galaxies coming from the Sloan Digital Sky Survey and the answer is pretty close to but not quite zero. Stay tuned.

Extracted from an University of Phoenix Department of Physics article

The mass of the galaxy (mostly in the form of dark matter) is in a roughly spherical blob. So if you look at mass, the galaxy isn't a disc, it is a spheroid. But Dark Matter is invisible, and what we can see (stars, gas etc) is in a disk.

The reason that Dark matter and the normal matter behave differently is that when gas flows there is "friction" (Dark matter doesn't interact with itself or normal matter). This causes the gas to heat up, and that heat energy is then released (as infra-red, light and so on) This means that over time the gas in the galaxy will tend to fall to a lower level. However the gas also has angular momentum (it is rotating), and angular momentum must be conserved (it can't be radiated away like energy). So the gas will try to fall into a low energy configuration that can maintain angular momentum. The shape that achieves this is a disc.

Any gas clouds that are not orbiting in the plane of the disc will hit it, and over time they will be pulled into the same disc.

Gas clouds produce stars, and so most stars will also be in the plane of the disc. Very old clusters of stars in globular clusters however can be found in a spherical pattern around the disc.

So galaxies form disc shapes because the gas that makes stars falls into a disc shape.

However, not all galaxies are discs. When disc-shaped galaxies collide, this can disturb the orbits of the stars, and you get a galaxy which is "blob" shaped, these are called elliptical galaxies, and are very common. Small galaxies also often don't have a disc structure either. These are called irregular galaxies.

But a disc is not the most likely state of a gravitational system: given time, torquing, instabilities or viscous processes it will tend towards a more likely compact state, where mass flows inwards and angular momentum outwards. This is why proto-stellar discs become stars. Galaxies on the other hand have not had time to turn themselves into gigantic black holes, or been given the opportunity to do so via torquing with their environment.

Another way to think about this is to consider the ratio of angular momentum to total energy. Through shocks, if gas is present the system can radiate away some of its energy so that this ratio becomes larger. A high ratio will typically correspond to a disc-like system.

It's all about whether the gas (or whatever other dynamical object) can cool effectively while collapsing. If it can, you get a disk oriented perpendicular to the average angular momentum, while if it cannot, you get a spherical object.

2
Flatness of celestial systems like galaxies and Solar System
2
Why do most galaxies or planetary systems have disc shape?
3
What is the movement of stars within the nucleus of a barred spiral galaxy

2
why are galaxies different in color?
10
What is the scale of things you can see with gravitational lensing?
6
Can we see the stars at the edge of the Milkyway?
4
Observing the motion of the solar system and galaxy through space?
7
Why is the Milky Way's SMBH inactive?
4
Why do other galaxies have such a low surface brightness?