How is the heat production inside moons compliant with Conservation of Energy?

The heat production inside moons is due to tidal heating. Due to this, the orbit of the moon would change.

The orbital and rotational energy of the moon is dissipated as heat either in the surface ocean or in the interior of the moon. This is especially seen in the moons of large planets, for example Io.

Io, being Jupiter's innermost moon, is pulled by Jupiter on one side and the other moons on the opposite side. Due to this, Io's orbit is highly elliptic. During this orbit, the shape of the Io changes continuously (the surface flexes by ~100m). This causes a large amount of friction in the moon. 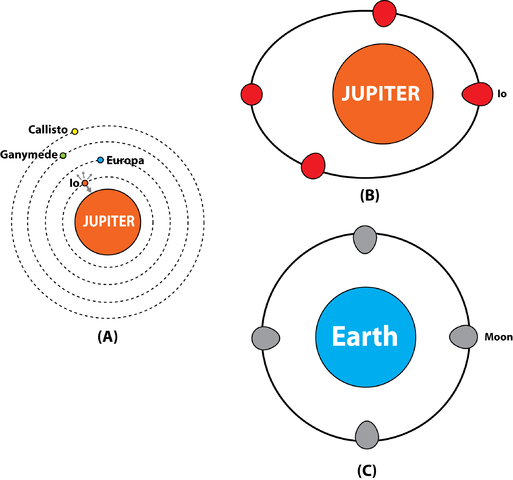 "Tidal heating on Io" by Lsuanli - Own work. Licensed under CC BY-SA 3.0 via Commons.

Usually, the tidal heating leads to tidal dissipation and circularizes the orbit. However, it hasn't happened in Io because it is in orbital resonance with other moons of Jupiter.

On the other hand, Europa, another of Jupiter's moons is tidally locked (it has same orbital period as the rotational period of the larger body) to the Jupiter, which causes tidal flexing on the surface.

20
Why is the Moon receding from the Earth due to tides? Is this typical for other moons?

17
How was Io not torn apart by tidal forces during its formation?
25
How did Kepler "guess" his third law from data?
2
How massive must a rocky body be to liquify adequately to eliminate internal mass concentrations that could disrupt natural satellite orbits?
14
How can tidal heating lower Io's orbit?
1
Can Kepler's 3rd Law be applied in higher dimensions to describe orbits (quadric surfaces)?
2
What would be the year length of a habitable planet of 40 Eridani A?
9
How can orbital resonance sometimes have a stabilising effect, whilst other times, it has a destabilising effect?
0
What are the minimum variables that determines the orbital velocity of a planet?
9
Why don't we find planetoids at L4/L5?