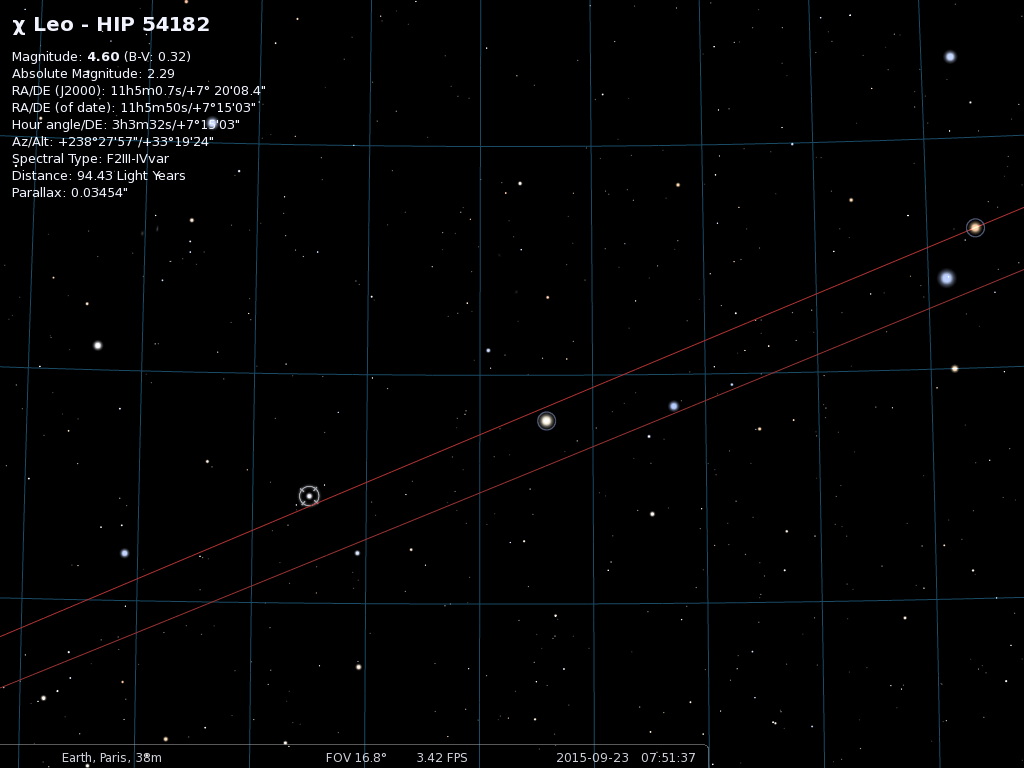 If I advance the date to 17 Oct 2015, however, the orbit of Mars correctly goes right through Chi Leonis (Mars will occult Chi Leonis on 18 Oct 2015): 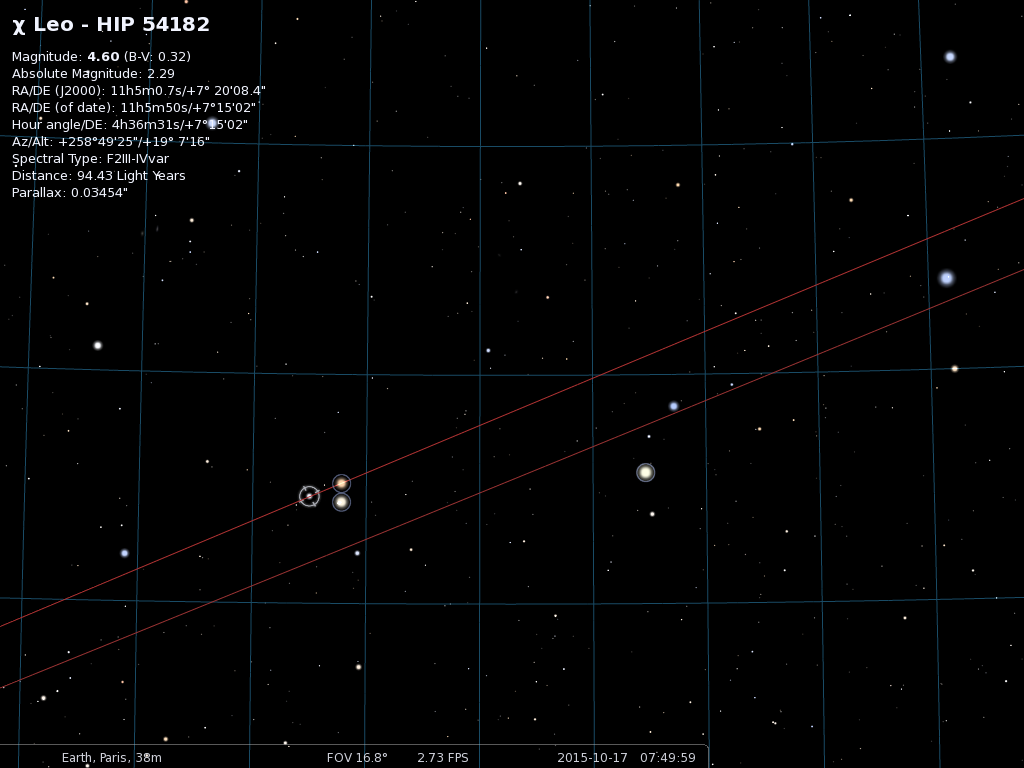 Is this a known bug in 0.10.4 that's been fixed? (I unfortunately can't upgrade)

Probably this is due to the fact that orbits of the Earth and Mars are inclined to the ecliptic differently so our viewing angle of the orbit of Mars changes slightly over the year. The program is probably showing the orbit of Mars projected onto the Celestial Plane as seen by us on the one specific date. Note, this is different from the ephemeris orbital data which gives the apparent position as seen by us at each date/time. Just a guess though.

Edit (I looked, unfortunately most of the sources are astrology, not astronomy), but Mars last went in Retrograde March 2014 and it's not due to go again till May 2016 (every 2 years, 2 months). My guess below was incorrect (though it's kind of cool, I'll leave the picture up).

Mars does have a tilted orbit compared to earth and that could be the reason. That and the angle from the earth changes too. Source

Mars, from our point of view, slows down, temporarily reverses direction then returns to it's original direction and continues on. The entire "S" motion takes maybe 3-4 months and your 2 photos are 24 days apart. (but this won't happen till May 2016)

Source of photo and explanation here:

5
How would a celestial map for Callisto depict the paths of Jupiter, the Sun, etc.?

16
Do the orbits of planets change sometimes?
4
Stellarium simulation
8
Can orbits change?
3
Convert Stellarium video capture to 360 for youtube
0
Comparing orbits between a planet and Red Dwarf
0
Does time dilate during night time when earth orbits around the sun?
3
Are we able to accurately predict planetary orbits over a longer period of time?