Lunar Soil: what are those "bumps" and how were they formed?

I was watching a video of the chinese lunar landing and saw numerous bumps in the soil. What are they? Is there any theory that explains how they came into existence?

It's a bit difficult to understand what exactly you're asking about, but I will presume you meant the topological features in images like this one, taken from the video of which you provided a link to: 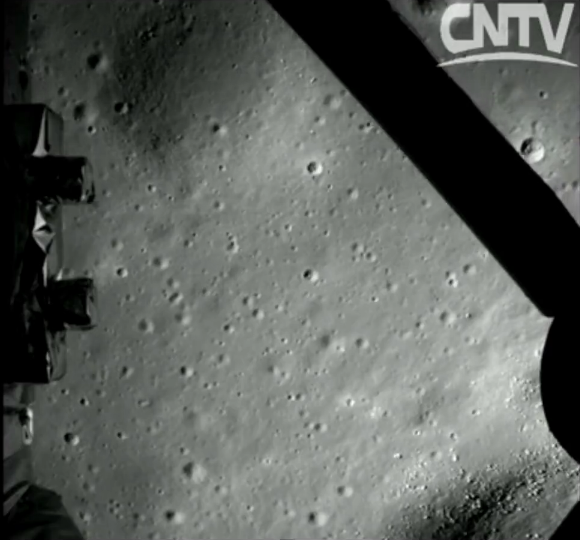 For the most part, they are meteorite and micrometeorite impact craters, with some regolith boulders and impact ejecta scattered along the edge of the larger impact crater at the bottom right of the image.

These impact craters appear strange to an untrained eye when they're the only visible feature on images, because there is not atmospheric scattering of light on the Moon that would somewhat illuminate the shadow side too and reduce contrast to what we're used to seeing on Earth, so the high contrast can appear as bumps or dents interchangingly and at will, similar to how you can see either either a vase / candlestick in the middle (yellow) or two faces facing each other (black) on this image: 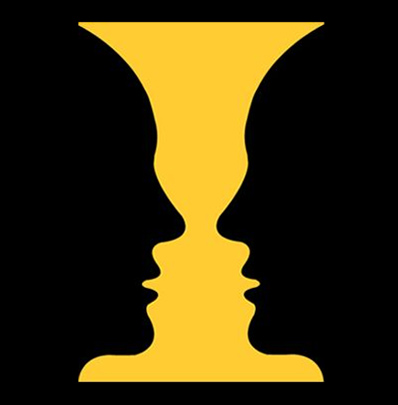 A trained eye will have less problems recognising them for what they are, though. One nifty trick is to search the image for different looking topological features, such as already mentioned larger crater ejecta along its edge at the bottom right of the image, or perhaps prominent features within the features themselves, like some larger micrometeorite impact craters show shockwave formed uplifted centers, and so on. It also helps to understand how these features were likely made, but once you orient yourself, it will prove difficult to convince yourself into seeing what you saw initially, if you saw indentations where there are perturbations, or vice versa.

1
How significant and accessible is modern Chinese astronomy?
6
Why is it said that the far side of the moon's crust is thicker?
2
Happy lunar new year! When will "sunset" happen for Chang'e-4 and Yutu-2?
6
Why would the Chang'e-4 lander find lunar far side temp. "colder than scientists expected", when the LRO has already been taking thermal readings?
9
How did the Archimedes crater fill with lava?
5
How long does lunar opposition surge last? Are there measurements of the full Moon getting suddenly brighter?