Are there any stars visible to the naked eye whose position, over a normal human lifetime, can be seen to have changed (relative to other stars in the vicinity)?

To answer this, I interrogated the revised Hipparcos catalogue produced by van Leeuwen (2007), accessed at the CDS, Strasbourg.

There are 4559 stars in the catalogue with a Hipparcos magnitude $<6$ and which you might class as "naked eye" objects, though you'd need good eyes, a good site and plenty of patience to be dealing with stars fainter than about 5th magnitude.

Sorting these objects by total proper motion, we find there are three objects with proper motions between 4.0 and 5.3 arcseconds per year:

Let's say a human lifetime is 80 years. This means that these stars move an angular distance of between 328 and 424 arcseconds on the sky with respect to the average position of all the other stars.

The angular resolution of the human eye is about 30-60 arcsecs (for really good vision and a completely dark adapted eye). So the separation between two stars could be estimated to some fraction of this.

I think this would be very difficult though unless these stars were very close to another naked eye star, so that you could see the separation changing with time.

So, I did another search. I looked for naked eye stars that were within 10 arcminutes of another naked-eye star and which had a high relative proper motion that would make them move significantly with respect to each other.

The best candidate pair is HIP71500 (which is basically stationary) and HIP71502 (which is a high proper motion star), magnitude 5.58 and 5.85, which are separated currently by about 15 arcseconds, but after 80 years, this will have changed by 52 arcseconds. What this means is that for someone with acute naked-eye vision (is it possible to have that over your lifetime), a star that was apparently single to the naked eye will gradually become a (just) resolved visual binary.

Really difficult. While the motion of several stars is significant on that time frame, most of them are simply not close enough to other stars such that the motion can be determined. Barnard's star moves about a third of the width of the moon over 60 years. If it were next to another bright star, that could be seen. But without some image enhancement to bring up fainter stars or a particularly close conjunction, I think it's unlikely that any single naked-eye observer could be certain of it.

Speculation on my part is that Tycho Brahe could have just managed it if he had been very lucky. Although he didn't use lenses, he had an observatory, excellent vision, and detailed records. The observatory and the ability to measure accurate angles removes the need for a nearby star. But as far as I know, he did not suggest any such changes. Only later astronomers (often working with Brahe's data) were able to tease out the motions.

Sorry to suggest Barnard's in a question for naked eye observations. As it is the fastest known proper motion, I tend to think of it for an order of magnitude check. If we were looking for the best-case scenario, it's probably 61 cygni. Tycho Brahe's accuracy limit was probably around 1 arcminute. 61 cygni will move that much in around 12 years. So it's theoretically possible, but terribly unlikely given the rarity of high proper motion stars.

Yes, there are plenty.

The sun, being the closest star, will appear to move the most quickly, covering the expanse of the sky from the East(ish) to the West(ish) in a single day. Especially around sunset and sunrise, the motion is very visible and you can watch it moving position over the course of a few minutes (don't look directly at it, though; it's very bad for your eyes).

In the Northern hemisphere, other stars will appear to rotate around the North Star every night, and if you look at the stars a few hours apart they will have rotated into different positions.

Here is a photo resulting from someone leaving their camera shutter open for several hours: 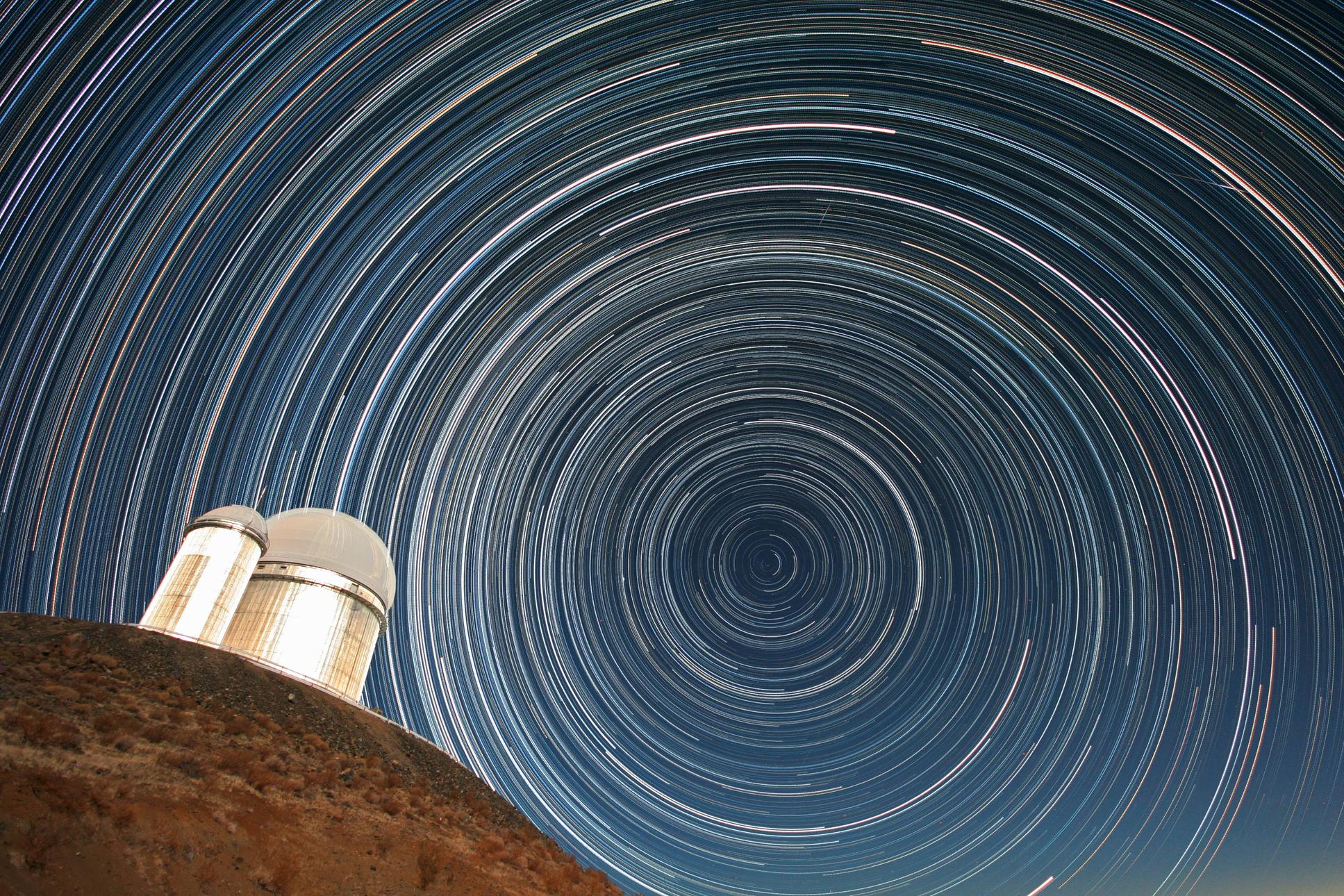 Not the answer you're looking for? Browse other questions tagged star amateur-observing night-sky apparent-motion or ask your own question.

25
Are there any double stars that I can actually see orbit each other?

5
Why can't the surfaces of stars be observed?
7
Stars in the sky
6
Can the Milky Way be seen with the naked eye? Does this apply to any galaxy? If yes, then how and when?
6
What does the milky way look like from earth to the human eye without light pollution?
3
Fact Check: How bright will the Perseids be in 2017?
2
Has a near earth object in heliocentric orbit ever been bright enough to be visible to the unaided eye?
4
What inaccuracies are in this Stellarium depiction of the sky?
0
Did the night sky ever change in recorded history?
6
Can it be assumed that every star in an amateur astrophotograph has been cataloged?