The planet HD 106906 b was found at 650 AU from its home star, a star not so different from the Sun. Fomalhaut b is also a young planet that is orbiting very far away from its star.

These two planets were discovered mainly because they are young enough to still be hot enough to be seen in the infrared. I think that old planets in very high orbits would have temperatures below 10K, and thus be black and invisible.

Some people agree with the hypothesis that, in our Solar System, somewhere out beyond Neptune, some non-dwarf planets might be orbiting the Sun. The existence of HD 106906 b and Fomalhaut b suggests that this is possible. What are the odds that we could find at least one of these planets in our Solar System? If they do exist, how could we find them?

The recent possible discovery of Planet Nine by Batygin & Brown (2016) has caused quite a stir, in the astronomy community, Astronomy Stack Exchange, and the rest of the world. This is, of course, in part because any mention of such a discovery will cause a stir, but it is also in part because of the claimed probability if the movements of the Trans-Neptunian Objects (TNOs) being purely by chance: 0.007%, or 1 in 14,000, which corresponds to a probability of ~ 3.8$\sigma$.

That said, the actual probability that this planet exists is a bit lower - 90%, according to Brown, and 68.3%, according to Greg Laughlin, an astronomy at UC-Santa Cruz who knew of the results prior to the paper's publication. The difference between these odds and the odds mentioned in the paper is due to the fact that perhaps there are other contributing factors that could have caused the movements of the TNOs - and also that these informal numbers are more like guesses than estimates.

The answers to Why hasn't the "9th Planet" been detected already? have already given a variety of methods that won't work in the case of Planet Nine, and why they haven't worked. Besides the obvious possibility that Planet Nine just doesn't exist, here are some of them:

I bring all this up because, surprisingly, the case of Planet Nine is very relevant to the detection of these other planets that you mentioned in your question.

There are several similarities here between this planet and Planet Nine.

One difference is that HD 106906 b may have formed where it is at the moment. Scattering, like Planet Nine experienced, appears to be unlikely. This means that the two could have different compositions - although I would think that both might be ice giants or the remains thereof, given where they formed.

In short, HD 106906 b may be very similar to Planet Nine, and while we do not know much about either property, it seems safe to say that detection methods and problems would be similar.

Fomalhaut b is a bit different. Its semi-major axis is ~177 AU - much smaller than these other two planets - and may be anywhere from 10 Earth masses to several hundred Earth masses.

Interestingly enough, Fomalhaut b was also indirectly detected, just like Planet Nine. A gap was found in Fomalhaut's dust disk, which could only have been caused by a massive planet. Later, it was directly imaged.

Direct detection might be possible if Fomalhaut b was in the Solar System, especially given its greater size and mass. Additionally, it would have an enormous impact on TNOs. However, it would be a gas giant, not an ice giant, so it would be difficult to explain how it moved out so far.

I discussed those planets to take a slight detour and talk about what might (and might not) be beyond Neptune. I'll be more explicit here.

What could be beyond Neptune

What cannot be beyond Neptune

So, assuming that there is something beyond Neptune, how can we fine it? Well, now that its existence has been hypothesized and we know where it should be, astronomers can turn telescopes towards that location and use direct imaging.

There's been some excitement because the Subaru Telescope will be used. Other optical (and possibly infrared and other wavelengths) telescopes will most likely be used as well. Answers to What wavelength to best detect the "9th planet"? (especially Rob Jeffries' answer) indicate that optical and infrared/near-infrared wavelengths will be the best choice. As of today (1/24/2016), we can only speculate on what other instruments will be used, and what their chances are of finding this planet - if it exists.

Who knows? Maybe something else unexpected will turn up.

1 Now we get into the different things Planet Nine could be. My answer to What type of planetary-mass object would Planet Nine be? covers this, but there are better answers to Ninth planet - what else could it be? than mine.
2 Be careful of the difference between an ice giant and a gas giant.

If such a planet exists, WISE should observe it. WISE is an infrared satellite that imaged the entire sky. In particular:

so I would say that its existence is quite ruled out now. 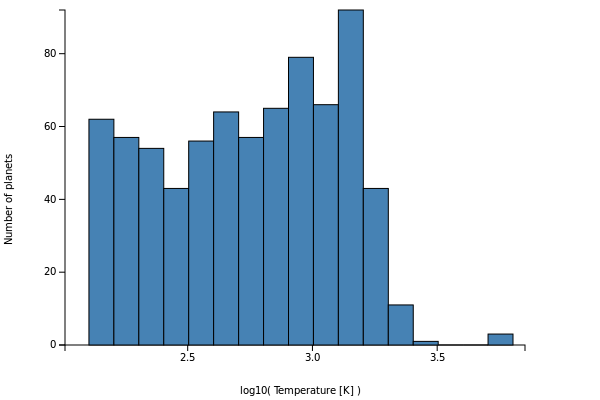 Not the answer you're looking for? Browse other questions tagged solar-system exoplanet planet 9th-planet trans-neptunian-object .

58
Why hasn't the "9th Planet" been detected already?
15
What wavelength to best detect the "9th planet"?
7
Ninth planet - what else could it be?
9
How was the hypothetical ninth planet kicked so far out of the Solar System?
5
What type of planetary-mass object would Planet Nine be?
2
How much heat emanates from the planets after formation?

24
Is there a upper limit to the number of planets orbiting a star?
8
Sedna, VP113 and the likelihood of the PX/Tyche/Thelistos hypotheses
0
Could there be another planet between Mercury and the Sun?
3
Why is it always planets orbiting stars?
37
9th planet location?
33
Is it odd that our Sun has so many planets?
6
Are the planets Trappist-1 in the solar system?
2
Are there any planets or objects orbiting in Goldilocks zone?
5
When was the concept of rogue planets first theorized?
2
Would a planet orbiting black hole be detectable?