How many satellites orbit the Earth? At what rate do they orbit the earth? [closed]

I was looking at a full moon the other night with my telescope and noticed a black dot move across the moon quite rapidly. This happened a few times and others who were with me were able to confirm.

There is no way the ISS would make its orbit around the Earth that quickly for us to be able to see it a few times. Therefore there must have been others. How many are there, and how long does the average satellite take to make a full orbit around the earth? 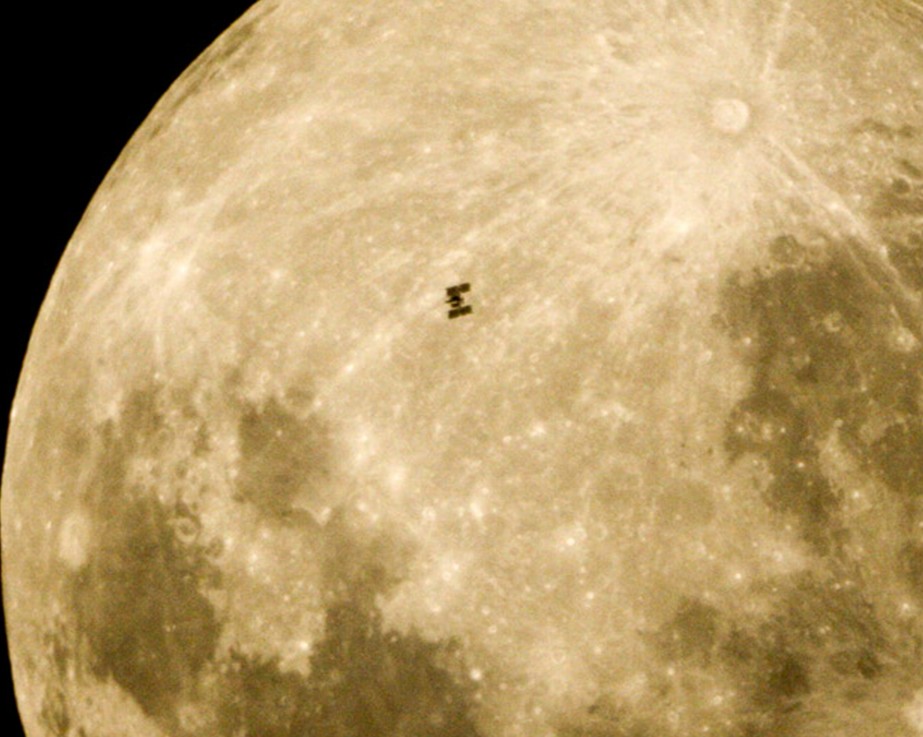 About half of these are in a low earth orbit (LEO). Satellites in LEO have a period of between 90 minutes and 130 minutes. But you would not expect a satellite to follow the same path in the sky in two orbits, as the earth will have moved between orbits of the satellite. So it is very unlikely that you will see the same satellite pass in front of the moon twice.

Satellites in LEO are moving fast! They will cross the moon's disc in less than a second, and transits are rare, as each is a path only 7km wide. at any one time, a transit is visible from less than 100th of 1% of the Earth's surface. To obtain the awesome photo that you have linked, the astrophotographer would have had to use some orbital prediction software to calculate the exact time of a solar transit by the ISS and travel to a carefully calculated position (and prayed for clear skies). You could be observing the moon all year and never see a transit.

Most of the remaining satellites are in Geostationary orbits, They orbit at a great distance over the equator. As their orbital period is exactly one day, they appear to hang in space above a point on the Earth. Such satellites are too distant to be seen as "dots".

Im not sure of the number, upwards of 2k probably, Godards lists it at 2271, but who knows how accurate that is as some are inactive, or not listed due to government privacy. The period would depend on the satellite, its orbutal distance from the earth and its velocity.

Not the answer you're looking for? Browse other questions tagged orbit earth satellite the-moon .

11
Are satellites orbiting around earth visible to the naked eye?
20
Is there any point on earth where the moon stays below the horizon for an extended period of time?
0
Actual observable horizon for satellites on an orbit line map?
0
Can satellites travel in clusters?
7
If earth changed its orbit, what would happen to the moon?
3
Did the Moon ever approximate a geosynchronous orbit above the early Earth?
4
What is the tightest orbit binary planets can orbit each other?