When is the belt of Orion slanted from right to left, going up? (Egypt)

I am trying to match up a detail of the Senemut ceiling to the time of the year it might involve. In the detail (shown below), the belt of Orion is slanted upwards from right to left: 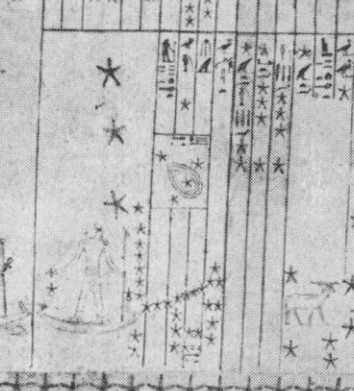 Notice that the Orion Nebula is to the right. When I try to duplicate this in Stellarium, I can only get the belt to slant left to right, going up as shown below: 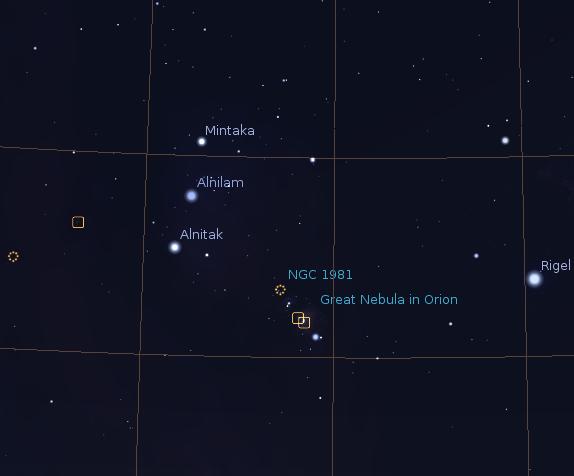 Is there some particular time of the year when the belt of Orion is visible from Egypt (Banî Suwayf) and slants upward going right to left, as in the Egyptian ceiling?

One answer below suggested that Orion's belt is like this when it rises, but I cannot duplicate it: 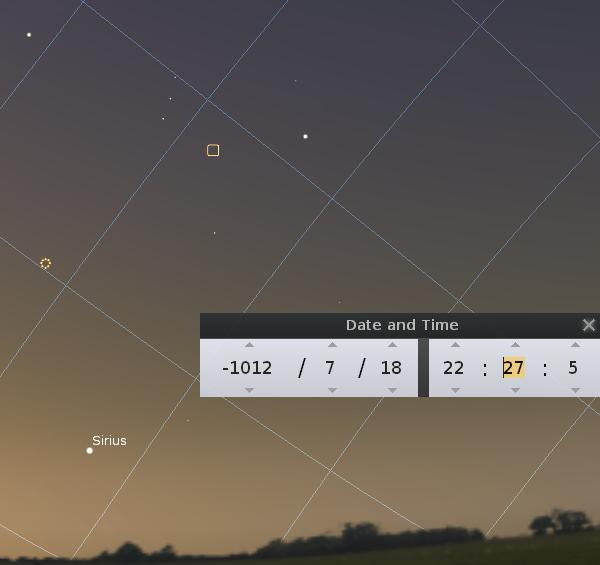 In Stellarium, I found by experimentation that Orion seems to rise on the morning of July 18th at the latitude in question and date range in question. However, as can be seen in the screen shot the belt still goes left to right.

You may actually be on to something here.

The most obvious (and thus least interesting) answer is that they were depicting Orion shortly after sunset, not shortly before sunrise (all times UTC): 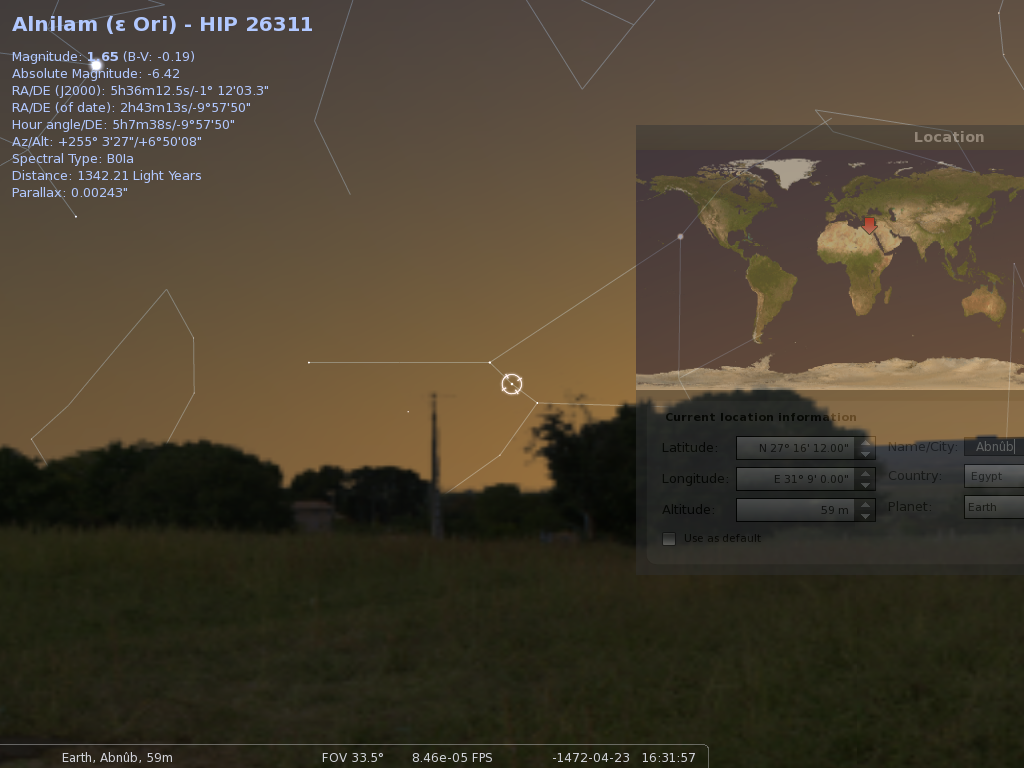 Here is the helical rising of Orion today, and it does indeed go right to left: 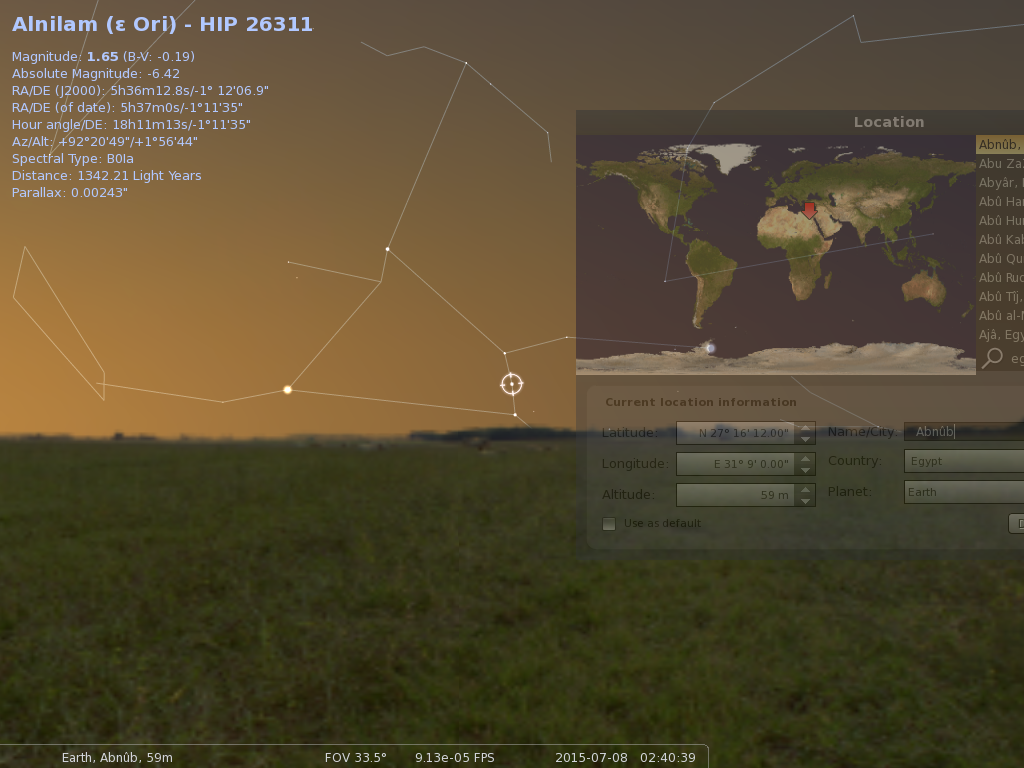 If we go back 1000 years, it's much closer to being a straight line: 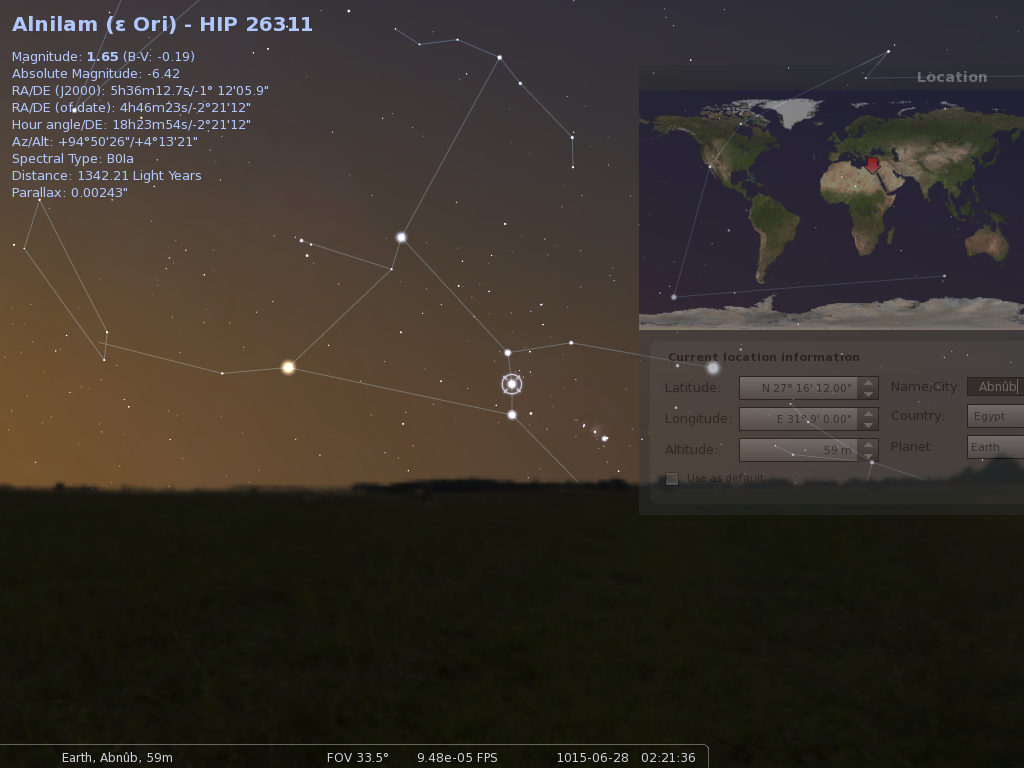 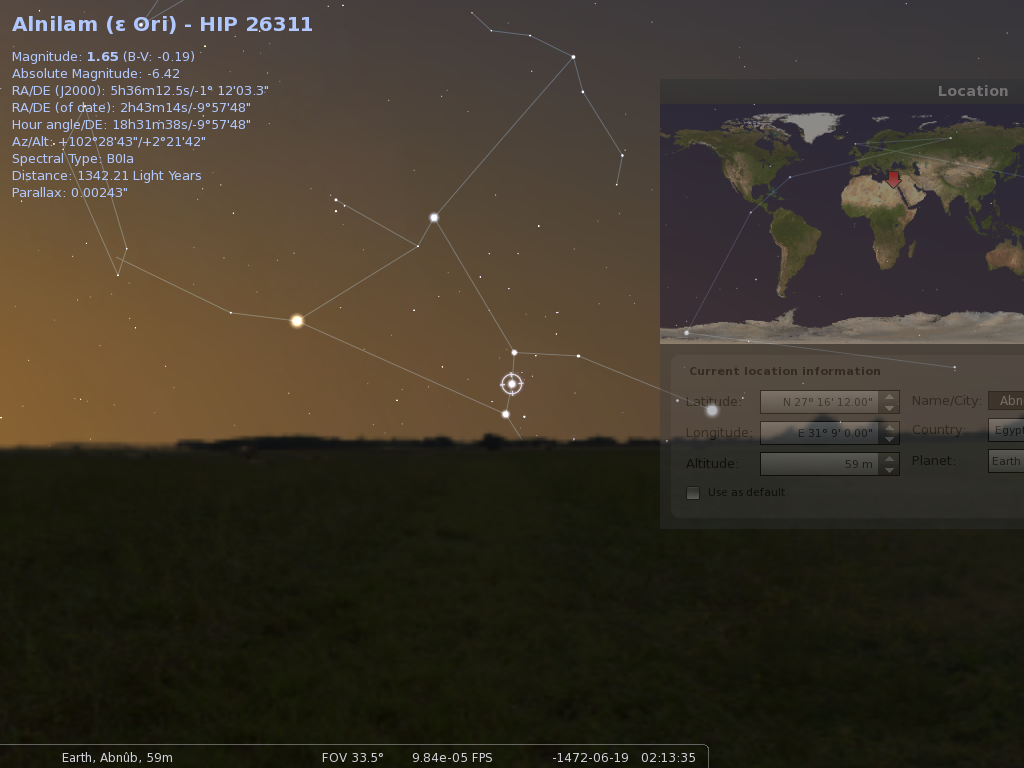 Interestingly, if we go far enough south, the rising is right to left even in -1472: 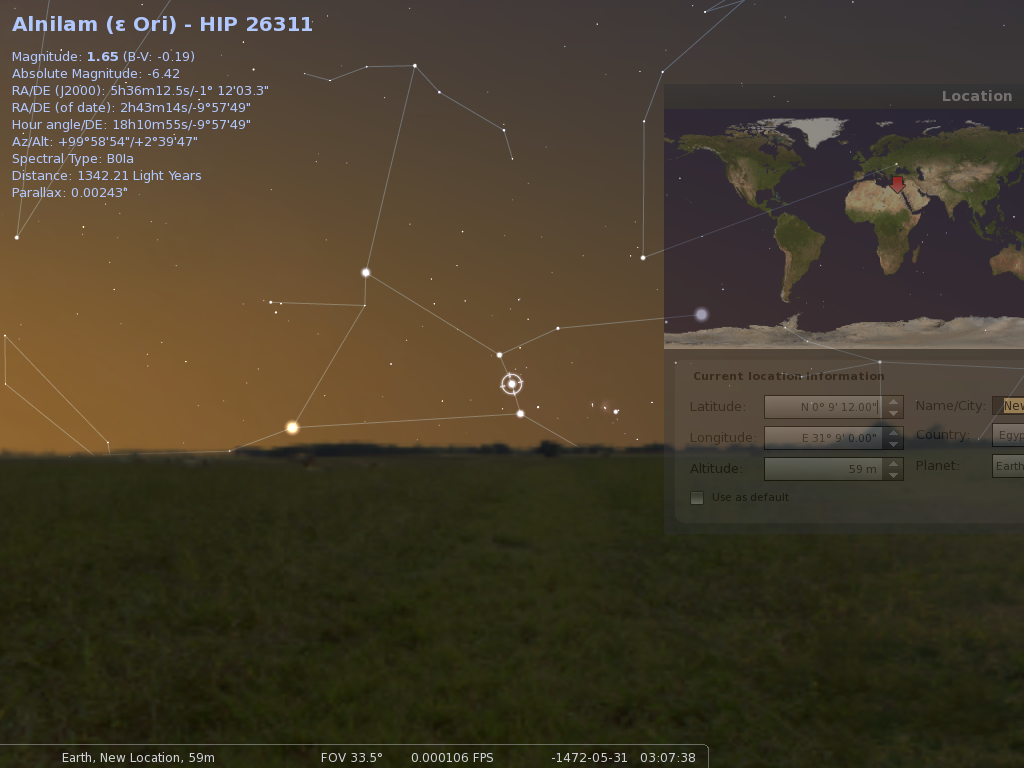 The only problem with the "most obvious" answer above is that we know the Egyptians were very interested in helical risings, so it would be odd to see a depiction of a "helical setting".

19
Why do the Pleiades look clearer when viewed indirectly?
2
During what time of the year can Centaurus be seen from Tokyo?
4
Is it possible to observe Polaris and the Southern Cross from the equator during an equinox
9
Polynesian wayfinding techniques - how does this work?
2
At what latitude could Orion's belt and Aldebaran be ~10 degrees above the horizon at the same time?
7
Are there any galaxies visible in the night sky around the Orion constellation?