What causes the antipodal bulge?

The Wikipedia article on tides shows a diagram with a tidal bulge both towards the Moon and on the antipodal point (the Sun isn't included in the diagram). Surely that's wrong - what would cause the antipodal bulge?

That is because the moon attracts both the water and the earth. The gravity of the moon reduces with distance (by the inverse square law). So, the moon's gravity is

Assume that earth is falling to wards the moon. Now, as the force on the point near the moon is the maximum and it has 'fallen' the maximum distance, while the earth 'falls' a lesser distance and the farthest of all, the antipodal point 'falls the least'. 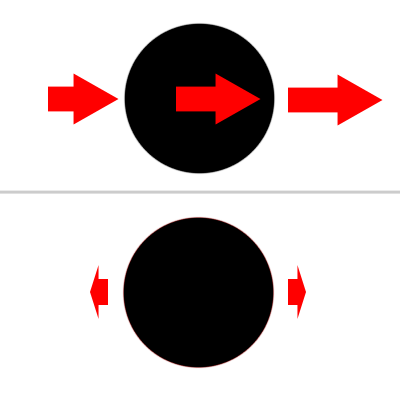 I am probably going to get slammed for this, because it violates everything we were taught about tidal forces, but the antipodal tide is caused by the centrifugal force created by the Earth's rotation about the earth/moon barycenter, not differential gravitational forces. While the moon's gravity is less on the side of the earth furthest from it, that force is still towards the moon, not away from it.

There is a good explanation of this centrifugal force explanation on NOAA's website here. I'll cite some pictures and pertinent text, but this site is a good read for anyone trying to understand the forces responsible for the Earth's tides.

Here is a diagram showing the earth and moon's movement around the system's barycenter: 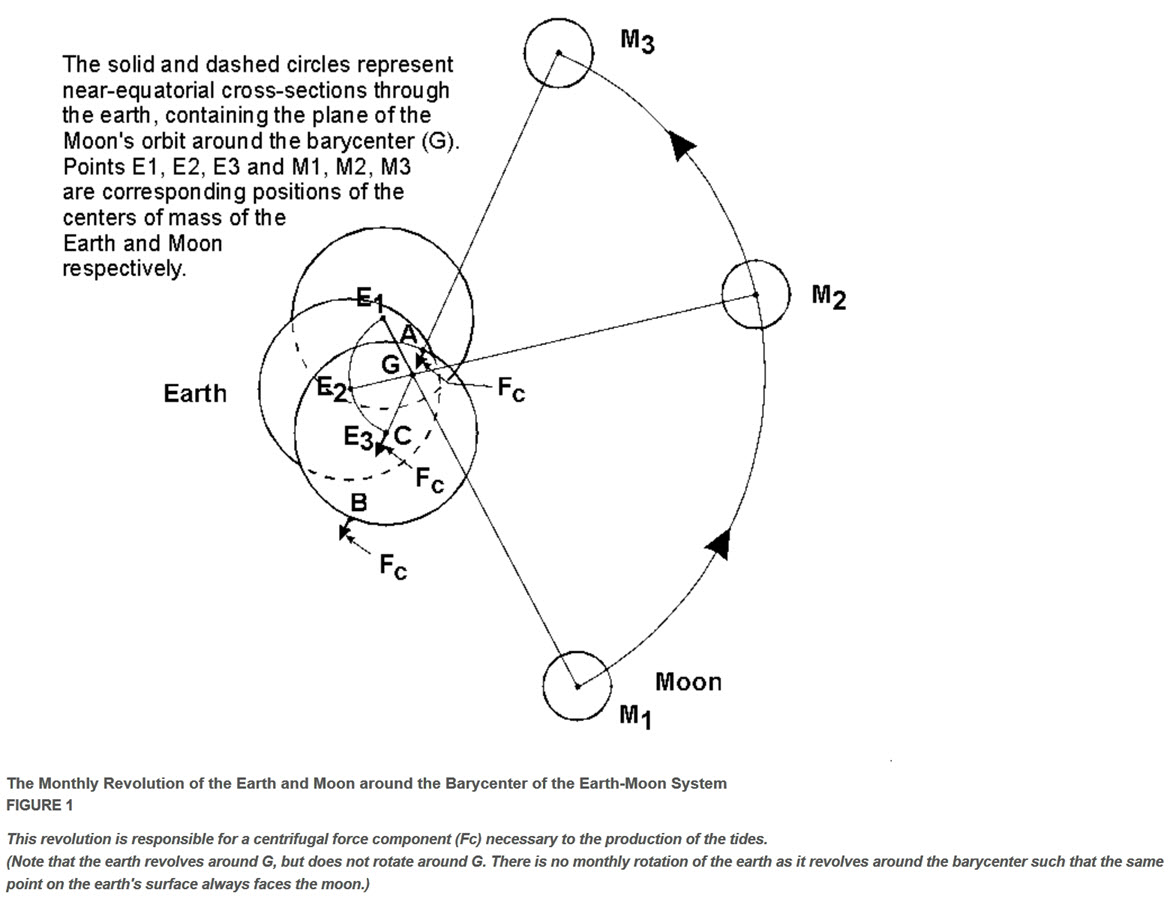 And some of the pertinent text:

The bulges are caused by the fact that the earth's center is free falling and the rest of the planet is not properly. The vector force aplied by the Moon in a certain point minus the vector force aplied by the Moon on the Earth's center is not equal to zero. This difference causes the bulges. The Earth and Moon are orbiting the center of mass of the system. Consider someone in a box free falling. The person will not feel force acting. The diference between what the Moon's force on an Earth's point is and what the Moon's force on this same point should be is the cause of the bulges. When I said should be I meant that this point falls with the Earth but only the Earth's center of mass is free falling "correctly" with F =Mm/r^2

Not the answer you're looking for? Browse other questions tagged tidal-forces or ask your own question.

6
Does the Earth orbiting around the Earth-Moon barycenter cause a measurable centrifugal force?

1
What are the positions of the Earth, Moon, and Sun at a time when there is the least difference between high and low tides?
5
What causes objects to become tidally locked?
3
What is the cut-off point of $\frac{\mathrm{d}F}{\mathrm{d}r}$ beyond which no tidal locking will occur?
5
What is the real position of the tidal bulge?
2
What is the level of tidal heating between bodies that are already in mutual tidal lock?
1
In planetary and astronomical science, what exactly is, or is not, a tidal force?
4
Where does Love's number come from in $\delta m = \frac{1}{2}k_2M_2\lbrace\frac{R_1}{r_\star}\rbrace^3$, the formula for the mass of a tidal bulge?
2
Why doesn't Earth's leading tidal bulge cause the Moon to start spinning in the opposite direction than its original spin?