What places on Pluto and Charon are facing each other?

EDIT to add the image series of Pluto below, found at University Today 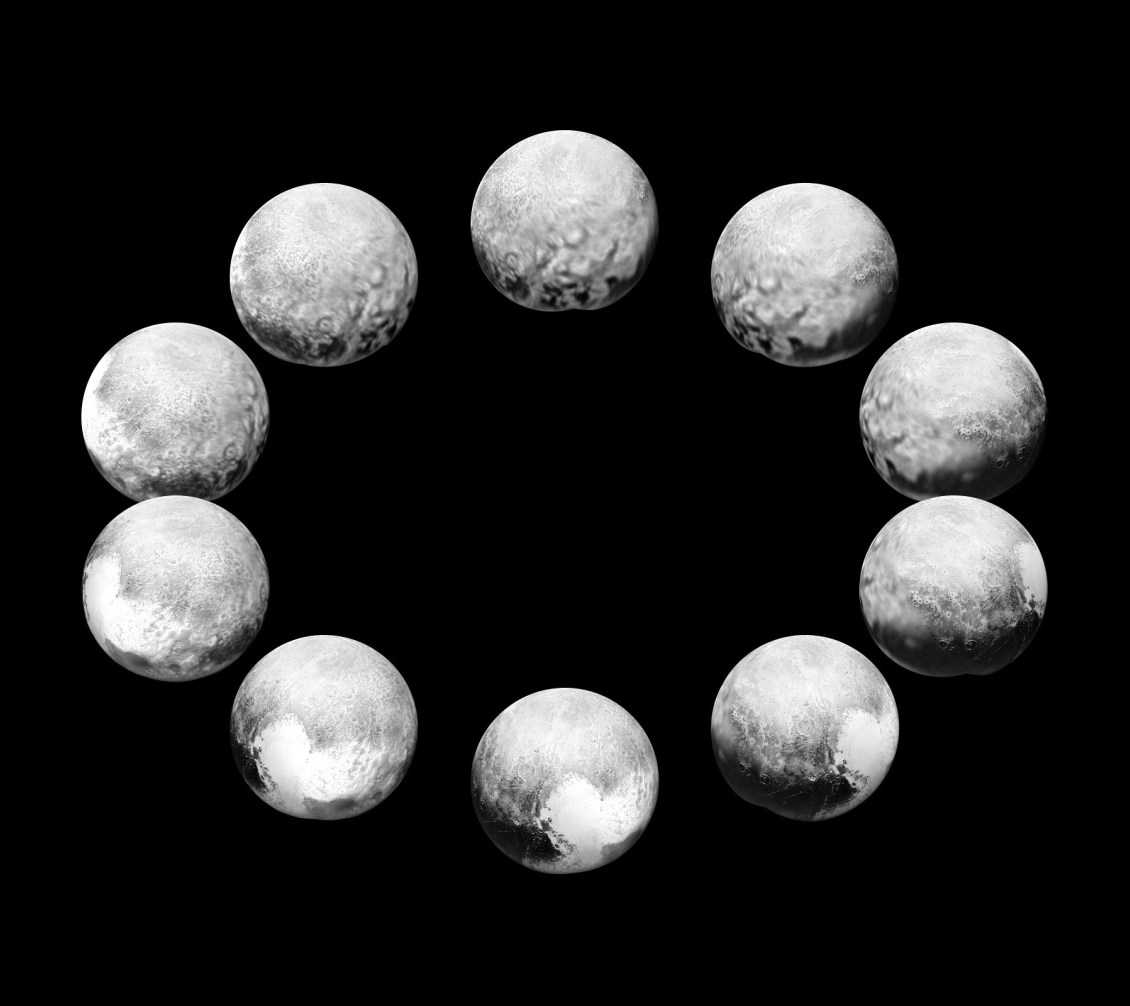 As New Horizons past through the Pluto system, it travelled so that the spacecraft was on the far side of Pluto, as seen from Charon. It did this so both Pluto and Charon were roughly in the same direction, so the space craft would not have to rotate 180 degrees between imaging Pluto to imaging Charon.

It means that in images of Charon, the face that you can see is roughly the face that faces Pluto, However the it is the far side of Pluto (the side with the "whale" and the "dots" that faces Charon.

Tidal locking is pretty stable. See our own moon: it is locked, and has been for a long time. There is likely to be some wobble, just like the libations of the moon, but no overall rotation of either Pluto or Charon.

Not the answer you're looking for? Browse other questions tagged pluto tidal-forces charon .

10
When did the Moon become tidally locked to Earth?

8
Effect of Charon on Pluto
4
What theories are there in explaining the formation of the Pluto-Charon system?
15
Do Pluto and Charon have unusual Lagrange points?
8
Could Pluto and Charon have extra-Solar origin?
4
What is the temperature on surface of Pluto facing Sun?
14
What if Earth and Moon revolved around each other like Pluto and Charon?
1
What is the centre of rotation of Pluto?
2
When and where are Pluto and Neptune closest to each other?
8
Eventual outcome of tidal acceleration and deceleration
4
How much are Neptune's and Uranus' orbits perturbed by Pluto and other KBOs?