Can you see Pleiades and Sirius at the same time on the sky, from Greece?

I would like to know if you can see the Pleiades and Sirius in the sky at the same time, from Greece?
What time of the year would that be?

And I would be very greatful if someone knows an interactive starmap where I could see how that would look like.

Stellarium is a free planetarium software, and it allows you view the position of stars in the sky at any date.

It is a well known starscape, with Orion central, the Pleiades and the V of the Hyades on one side, and Sirus, scorching on the other.

Of course, the Pleiades and Sirius are "fixed stars", so the separation between them doesn't change. There is no time when they approach each other.

Yes, they can been seen together. I have added screenshot of sky at 24th Jan 2 am IST from Sky Safari app, 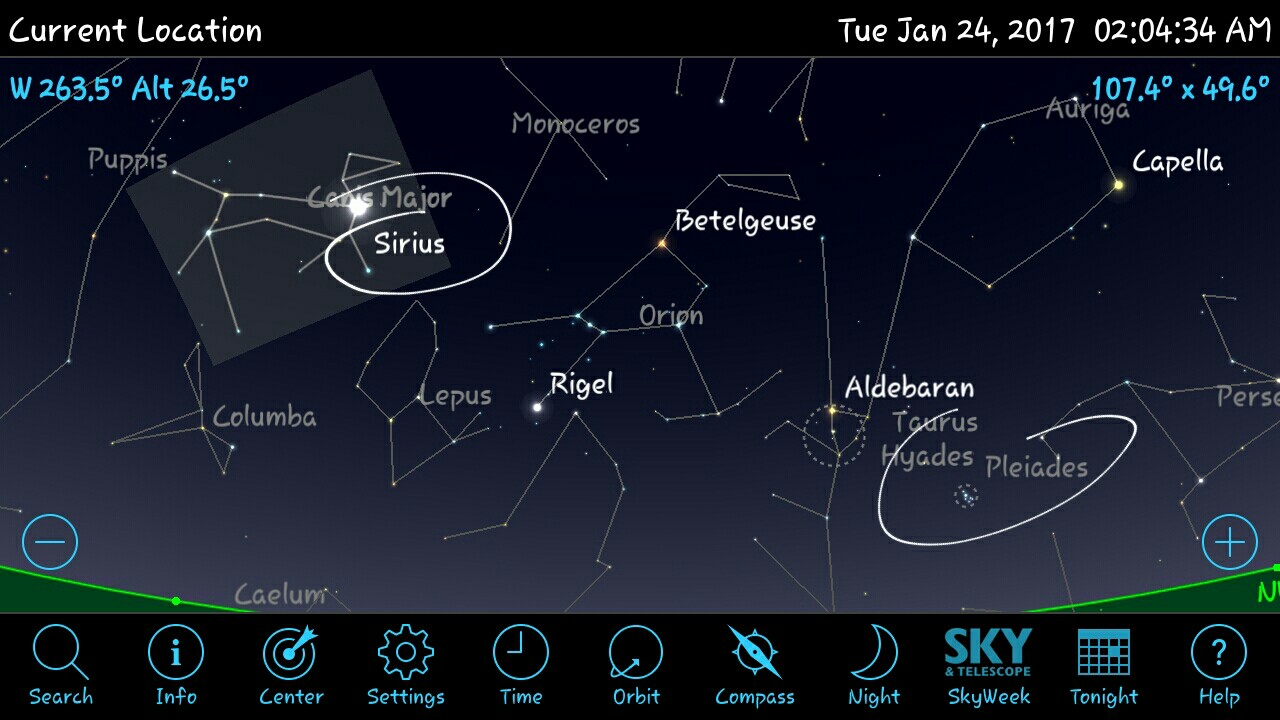 The simple answer is yes. Look around midnight in the South Easterly direction and you should be able to see them both at around this time of year. As James K says above, Orion is your friend.

6
Can I see comet ISON from Saudi Arabia?
22
How would the night sky look from inside a globular cluster?
4
Can you see city lights on the Moon from Earth?
3
Can my Sky Watcher Infinity 76P "make the sky bright" & do I want it to?
2
How does the Sky in Google Earth Pro work?
0
How can I see a star behind a mountain range? Do I move apart from it and up?
5
Is there a webpage that shows the night sky but can filter out dim stars?
21
Can you see something active in the sky apart from satellites? Can there be amateur time-domain astronomy?