From Mean Moon to True Moon in an old procedural calendar

This is a follow-up to How to interpret this old degree notation?

It is about an old calendar system which generates a luni-solar calendar with a procedural method, using a handful of calculations and some constants derived from astronomical observations.

This method originates from ancient India. Today it is used in Thailand to determine public holidays and observance days (uposatha days) for Buddhist monks, which fall on New- and Full Moon days.

Actually it's a neat system that had allowed village "astronomers / astrologers" construct a calendar with a method they could memorize by rote learning, without astronomical tools to make precise measurements. It is dreadfully underdocumented, and I've been collating the method and it's practices in Calculating the Uposatha Moondays.

Most useful have been the actual formulas in Rules for Interpolation in the Thai Calendar by J.C. Eade, it is just some basic arithmetic, but following his notation is a puzzle in itself.

Effectively I'm trying to implement these formulas (see image below), in a golang package.

Things straighten up at step 16., 17., 18., which would produce the paper's results, to get there I faked the values for step 14. and 15, to work at least in the example case given in the paper.

In suriya.go this business is happening in: 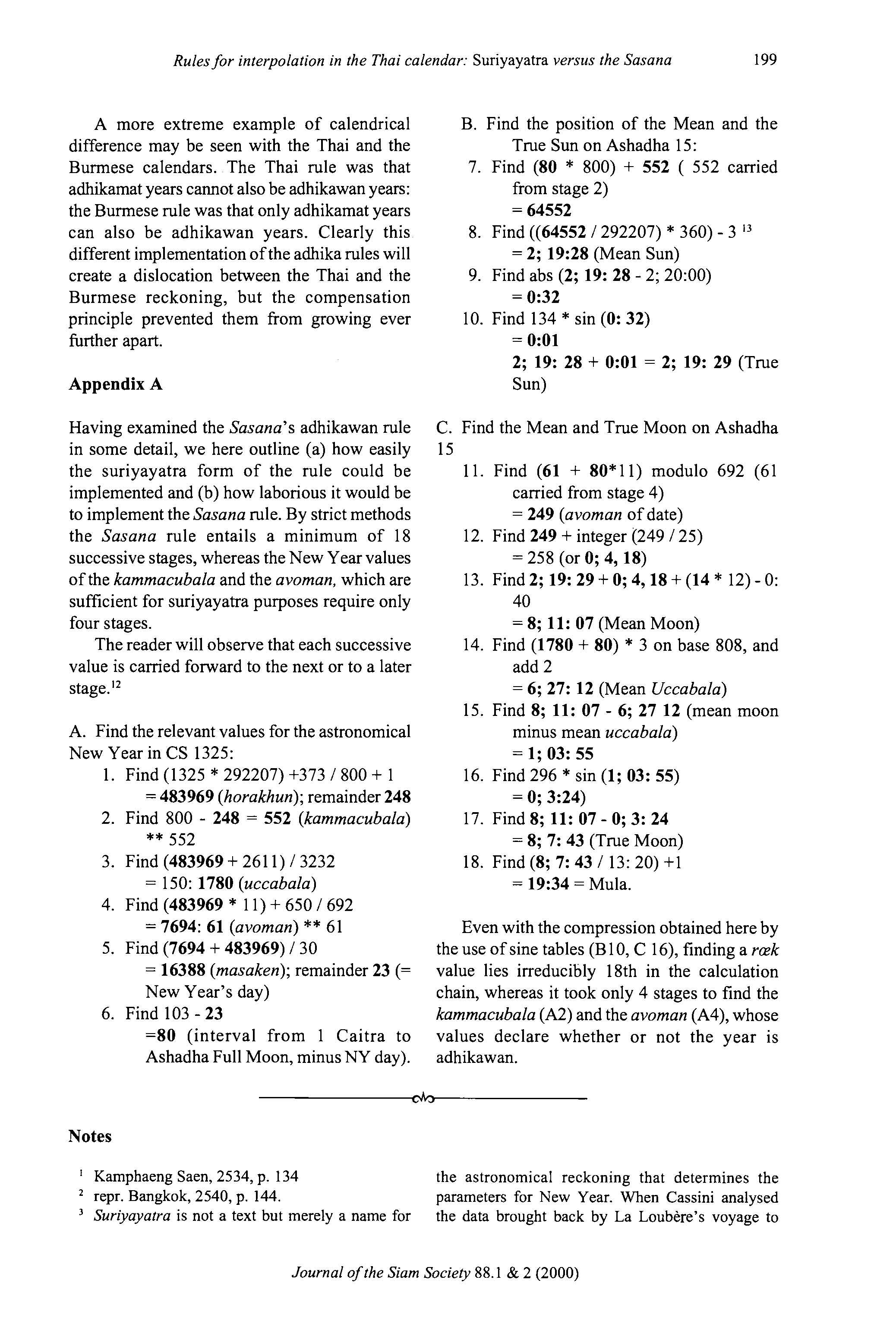 Granted, the value actually carried forward to Step 17 is $(0;\;3\!:24)$ instead, but the former is definitely much closer. This further discrepancy could also be an undocumented geographical correction (the procedure does, after all, have things like $+3$ and $+2$ at times), but I'm more inclined to guess that this is due to imprecision in the calculation of sine, as the paper indicates that a table was used.

Not the answer you're looking for? Browse other questions tagged notation .

3
How to interpret this old degree notation?

3
How to interpret this old degree notation?
2
What does Sa and Sab mean for spiral galaxies?
0
What symbol is used for the moon when doing calculations?