Can New Horizons probe turn back and start orbiting Pluto

New Horizons probe has found astonishing features on Pluto, while the likelihood of making even greater discoveries is remote in further space. Is it possible for New Horizons probe to turn back and start orbiting Pluto? It may save much time and resources as compared to sending another probe to Pluto. Thanks for your responses.

No, unfortunately this is not possible. To get back to Pluto, it has to reduce its speed. Even more then it is currently flying (because it has passed Pluto already). Because New Horizon is flying at a speed of approximately 13,8 km/s, it has to use massive amounts of fuel/energy to get a full stop and fly back. Let alone having enough fuel to maneuver into a stable orbit.

A Pluto orbiter would have been possible, but then the entire mission would have to be designed around that.

New Horizons was designed as a small fast probe that could reach Pluto relatively quickly (almost 10 years), but not be able to stop there.

An orbiter would have to take a lot more fuel with it, and approach Pluto slower. Such a mission would therefore take a lot longer to reach Pluto. A hohmann transfer to Pluto would take 45 years¹. It would have been more expensive since more fuel means heavier means an even larger launch vehicle and the Atlas V is already one of the most powerful launch vehicles available. 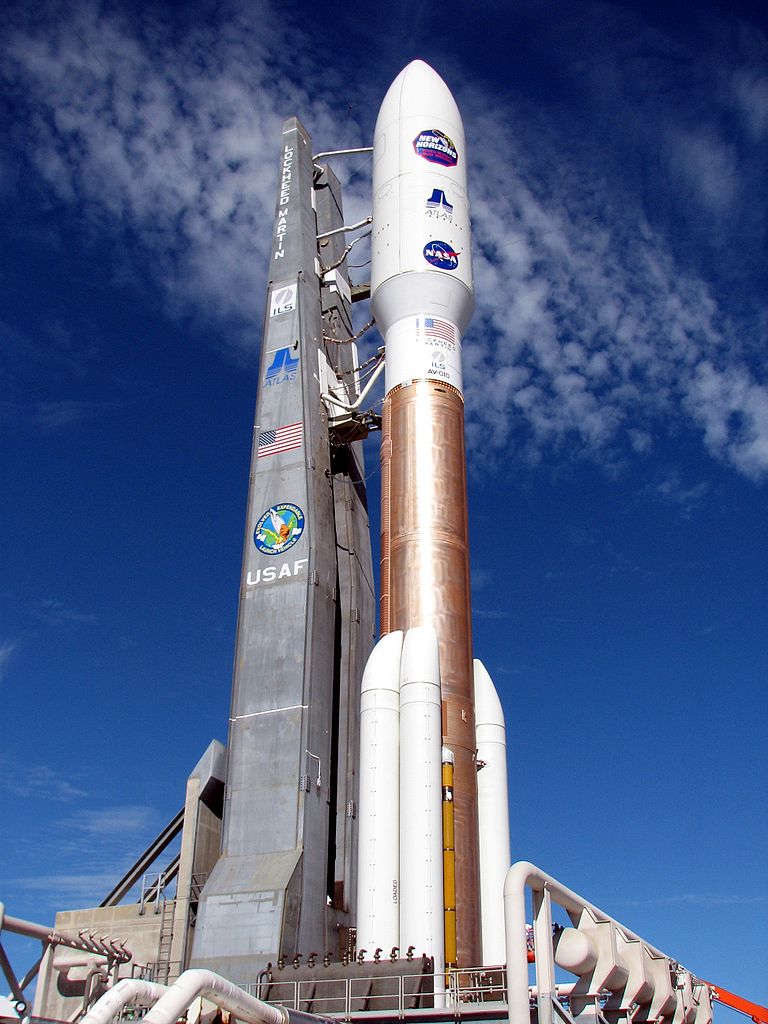 About the curious color, see answer(s) to Was New Horizons launched on a copper rocket?

1: According to Google, which cites https://doi.org/10.1007/1-4020-4520-4_174. You could get there faster if you were willing to spend more fuel, but for such missions if there is extra fuel budget that is usually spent on more science payload rather than speeding up the mission. Although a future nuclear powered ion engine probe would change this equation.

5
What will New Horizons be able to say about a magnetic field at Pluto?
18
How did New Horizons take such well-lit pictures of Pluto?
8
Why are there no stars on New Horizons images of Pluto
3
Can a probe orbit Pluto given Charon's gravity?
33
Can Pluto be seen with the naked eye from Neptune when Pluto and Neptune are closest?