Has any official information been published regarding the estimated age of the Occator crater on Ceres? I ran some quick searches but couldn't find anything putting a definitive (or even speculative) date on the moment of impact.

I ask because based upon my own very amateur analysis of the imagery: 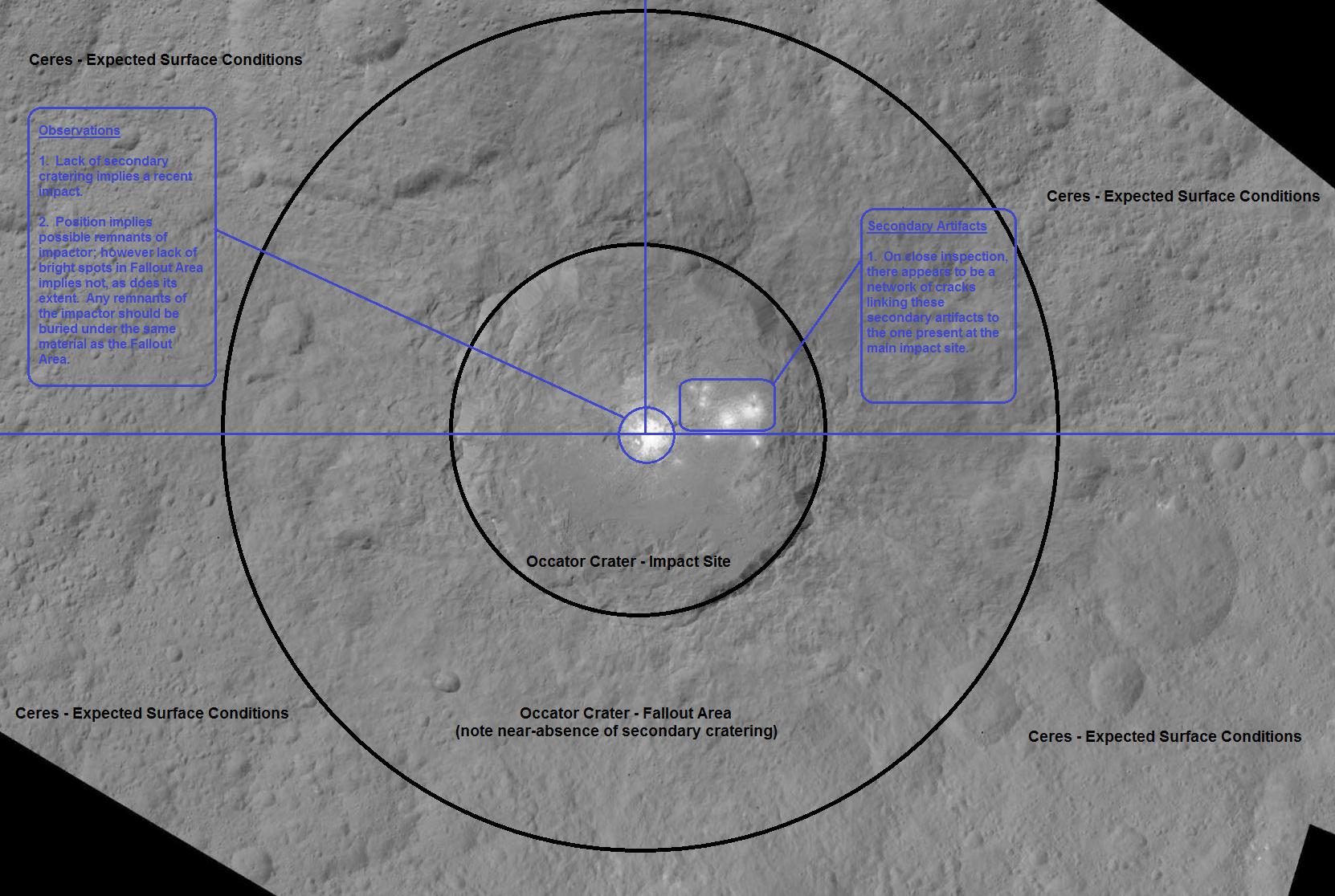 ...there seems to be a marked decrease in the amount of secondary cratering visible within a fairly uniform radius of the main crater.

My assumption is that when the impact occurred, the surrounding area was likely blanketed by material kicked up from the impact site, obscuring most pre-existing craters (smaller ones, in particular). Kind of like fresh snowfall, except made of rock.

So for a (small) secondary crater to be visible near Occator, the impact would have to have occurred after the impact that created Occator crater. Meaning that the relative lack of small craters near Occator would seem to imply a fairly recent impact ("recent" in terms of Ceres geological timescales), I believe?

Is there any official data that would confirm or refute this?

Five years have passed, and several papers have been published about this. The latest, Neesemann et al. (2019), compiles previous results and propose a new age estimate. Or rather estimates, because dating such object is tricky! It depends on which model you use (lunar-derived chronology model versus asteroid-derived chronology model, or ADM), and on which part of the crater you use the model on (ejecta blanket versus interior lobate deposits). Hence the large interval in the result: they found an age of 1.6 to 63.7 Ma (ADM on ejecta blanket), which they translated to "relatively young", geologically speaking.

It seems not yet. The non-uniform density of craters seen on Ceres is still under investigation. From the abstracts of those papers, they're still working on trying to date the ejecta material from that crater, and trying to understand the resurfacing that appears to be going on.

Not the answer you're looking for? Browse other questions tagged ceres crater .

3
How to tell a crater is old or not?
4
How big can a crater get?
2
The dominance of Gravity vs Strength and its dependency on crater size
3
Age of Jezero crater on Mars
9
How did the Archimedes crater fill with lava?
6
What's the difference between a crater and a basin?
1
Elongated Moon crater statistics?
25
Why is there a mountain inside the Herschel crater on Mimas?
3
How did the mountain range form in Galle crater?