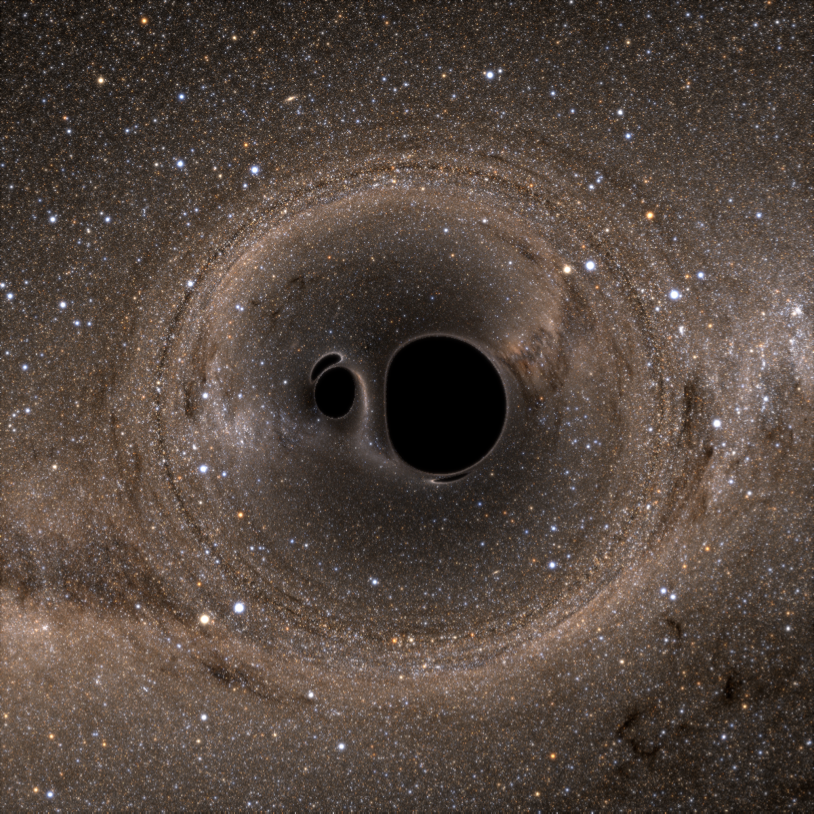 I wonder two things about these black holes. The first is, what are the oblong, smaller black hole-looking voids outside the perimeter of the major black holes? Also, why are these black holes not entirely circular, given that their mass is concentrated in a point? Is this just visual distortion?

The image is about a merger of two black holes, before the actual merger takes place. The two largest of the dark regions are slightly distorted images of two the black holes. Distortion is due to light being bended asymmetrically by the combined gravity of the two black holes.

You may interprete the phenomenon of the smaller dark areas as an extreme version of Einstein rings.