Why do stars seem not to move relative to each other?

To explain: Take the best know constellation the Plough. It is a familiar site to most people. But it has been there apparently un-changed for years. If we (I mean earth, moon, stars and everything else ) are hurtling through space, then surely changes should be apparent unless we are all travelling in the same direction at exactly the same speed.

They do move - just far too slowly for you to detect by eye even over several human lifetimes.

Space is big. Really big. You just won't believe how vastly, hugely, mind-bogglingly big it is. I mean, you may think it's a long way down the road to the chemist, but that's just peanuts to space

Douglas Adams, "The Hitch-hikers Guide to the Galaxy"

Even the closest stars are a very, very, very long way away so their apparent movement relative to each other is going to be very small.

You can see the same effect when looking out of a moving vehicle through the side windows. You see the objects closest to you rushing past, but objects on the horizon appear to move much more slowly. Now, scale that up by many orders of magnitude to interstellar distances and you'll see why the stars don't appear to move relative to each other.

There's software that simulates the night sky and you can run time backwards and forwards - if you wind it far enough you'll see the constellations change.

Here's a nice image of Barnard's star moving against the stellar background: 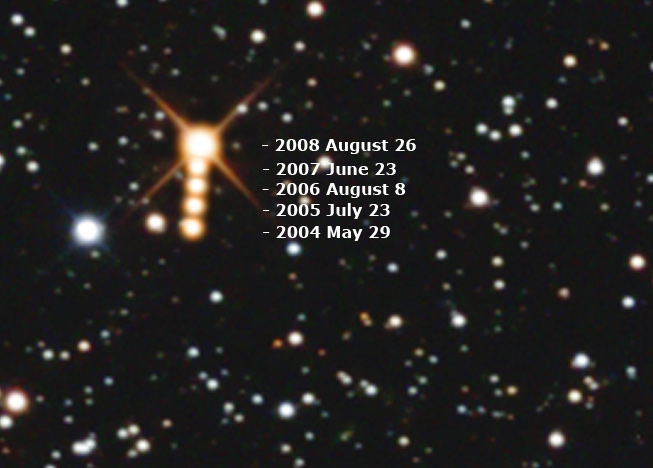