Is there sufficient evidence to confirm additional Planet in solar system

I have watched this scishow episode where Hank says that astronomers believe there is another planet in our solar system.

He says that it's because how asteroids and comments are being pushed towards the sun (and us) from similar angles. Is this true? Do astronomers really have data that confirms the 'new ninth' planet?

EDIT: I did read the other related answers and articles, the way I understand this theory explained by tilt of 6 objects that could be explained by something massive enough pulling them. My question is do astronomers believe this is sufficient to confirm it that there is a planet.

This question already has muliple answers on this site...

However : Yes, astronomers DO have enough data to speculate about a possible Ninth Planet.

The orbits of six KBO are correlated, and a possible ninth planet could be the reason for those peculiar orbits. See image below for the computed results of the possible orbit of the ninth planet.: 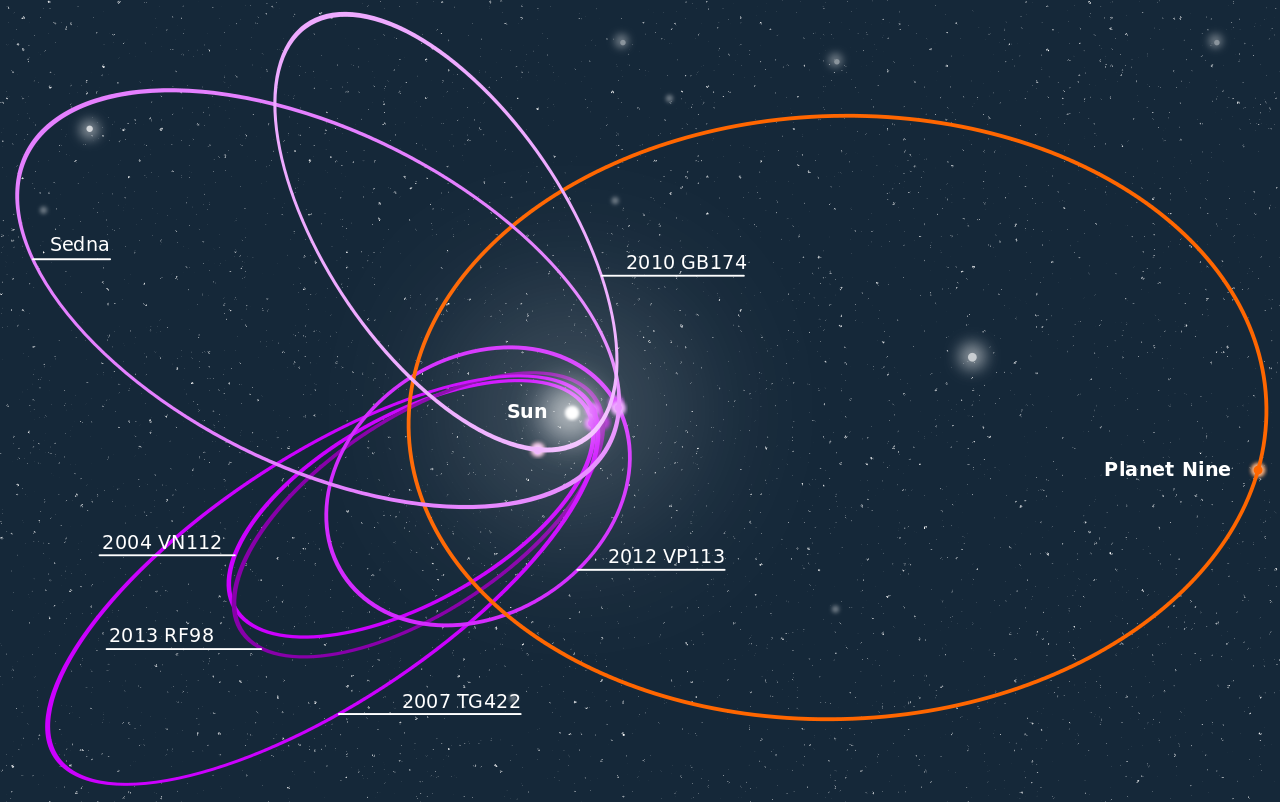 However, since the Planet has not yet been SEEN or DETECTED, its existence is only supposed. We have nothing to prove it really exists. But if it exists, we know where it is :p

Not the answer you're looking for? Browse other questions tagged solar-system the-sun planet comets data-analysis or ask your own question.

12
Is there a ninth planet?

59
How many planets are there in this solar system?
17
What reason is there to doubt the existence of the hypothesised planet Tyche in the far distant solar system?
3
How to get the axial tilt vector(x,y,z) relative to ecliptic
3
Why are these objects moving at Vastly Different Speeds along the same orbit?
0
Moon is a planet by "Clearing the neighborhood" condition?
5
Is there evidence for galactic "seasons"?
3
Can a single impact event trigger a runaway greenhouse?
10
Why has Saturn stopped contracting gravitationally?