We all know LIGO has detected gravitational wave(GW) directly. prl 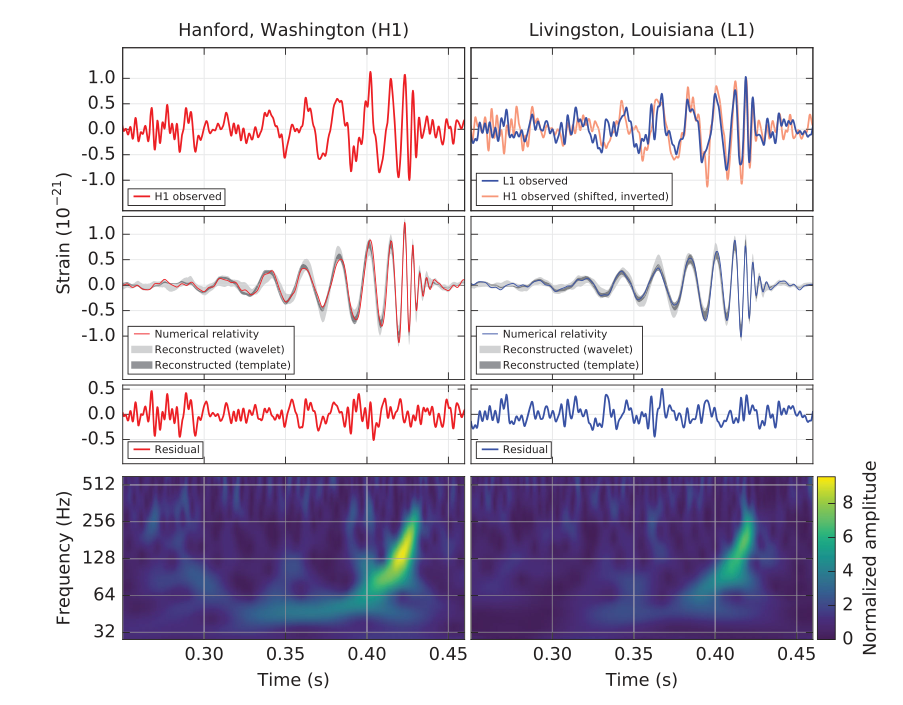 It seems GW has Doppler shift too. There is a GW spectrum with emission or absorption lines like optical spectrum?

Figure.2 of the PRL paper seems to be very simple. Generally, people take their masses derived seriously? There may be other models which can give different masses. It is different from Taylor binary which was observed many years.

What does a 100HZ GW mean? That is the frequency of the two arms shrink and extend? 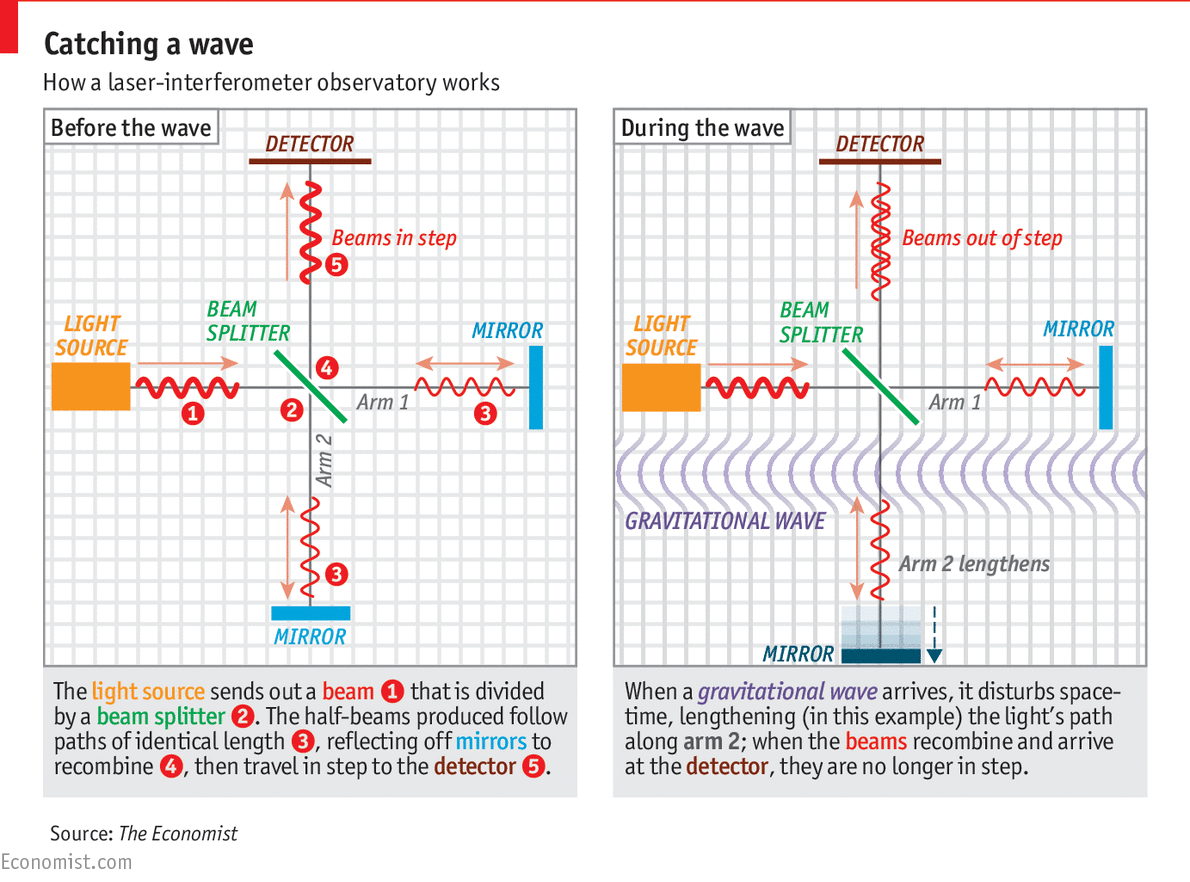 What does the frequency stand for in the binary system?

The discovery can not be confirmed. DO you think the team win a Nobel prize only after other facilities like LISA find GW again?

That is a lot of questions, but I can take them in order:

It seems GW has Doppler shift too. There is a GW spectrum with emission or absorption lines like optical spectrum?

Yes, GW has Doppler shift too, as they are travelling at a finite speed, but no, there are no emission or absorption lines we can detect it from. In EM radiation those are caused by the fact that light is quantized, such that certain wavelengths can be absorbed or emitted by atoms. As far as we know, gravity is not quantized, or the effect is too small to be measured. Any irregularity in the signal is then going to be continuous, and not wavelength specific. Detecting a spectra in gravitational waves is unlikely, but would strengthen the theories of quantum gravity and the graviton.

The method for the mass estimate is described well by @Rob Jeffries, but an even simpler point can be made: There are no other ways to measure their mass more accurately.

Hertz is the frequency, 1/s. That is the number of waves per second. 100Hz is comparable to normal sound waves.

What does the frequency stand for in the binary system?

As two objects revolve around each other, they would make two waves per orbit,resulting in a double frequency of the system's rotation.

DO you think the team win a Nobel prize only after other facilities like LISA find GW again?

This is almost certainty ending in a Nobel prize, and they do not necessarily have to wait till after the results are confirmed by other experiments. That said, verification by peer researchers is one of the core principles of science.

Too many questions in one question.

The title question: The frequency of the gravitational waves as a function of time give an estimate of the black hole masses; the peak strain amplitude of the waves then tells you how far away the source is based on the expected strain amplitude from a merging binary with the previously derived masses (the amplitude decreases inversely with distance); Hubble's law then gives you the redshift.

Second question - a coalescing binary gives a signal at twice the orbital frequency of the binary, but that frequency rapidly changes (increases) as the binary components get closer together and merge. The redshift of the source cannot be derived directly from the observed frequencies, it is derived as I explained above.

The model that is fitted comes straight out of general relativity. The free parameters are the masses (and spins) of the black holes and the distance to the source. What alternative model were you thinking of?

I think this result will end up in a Nobel prize. The detection was confirmed by two detectors and I would think they will find more in thecoming months - this discovery was found in the first 16 days of data. Further, there will soon be other ground based detectors that are equally capable (e.g. VIRGO).

Not the answer you're looking for? Browse other questions tagged gravitational-waves or ask your own question.

1
How did LIGO verify that the gravitational waves originated 1.3 billion years ago from two specific black hole collision?

4
Redshift for gravitational waves?
4
How to compensate the effect of tectonic activity in devices like LIGO?
3
How far should the source be, for the gravitation waves to be visible on Earth?
3
How fast can and do gravitational waves travel?
3
How large could gravitational waves get and what effect could they have on us?
4
What is the detection threshold of gravitational waves for LIGO?
15
“Who saw” the binary neutron star merger first? What was the sequence of events? (GRB/GW170817)
4
Gravitational waves: how can scientists derrive the sizes and spin and distance of two merging black holes?
4
Expected nature of LISA's data; will it be more like a forest of static peaks, or a series of individual events?