I am trying to find an original video/image of what LIGO actually saw, but all I can find is artist renditions of gravitational waves.

The actual image isn't much. I was able to find it from Science, and this is all it is: 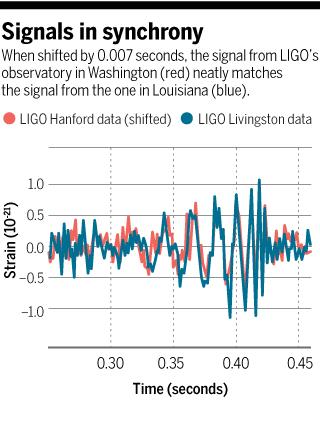 It's just a ripple, seen at slightly different times from two different observatories. The shift fits perfectly by shifting it by the speed of light difference in their locations. Thus is the proof of gravity waves.

It should be noted that the reason there are two instruments is to provide a cross check against other vibration sources. Each observatory works by detecting vibrations on a 4 km scale, down to a very small order of magnitude (1/10,000 the width of a proton). When the two are compared, then one can assume the signal must have come from a non-local source, which only Gravity Waves fit that definition.

First of all, I think your question belies a misunderstanding of the nature of the LIGO observatories. The nature of the detectors is that they act like a microphone, as opposed to a camera. What that means is that they are sensitive to gravitational waves coming in from most directions, but don't have an ability to distinguish where the waves came from. By using multiple detectors (which is also necessary for a confident detection) the difference in time between the detectors can be used to give some idea of the location of the source. It also means that the output of the detectors is a single stream of data.

This image from the paper in Physical Review Letters (not behind a paywall) is a better summary of what LIGO heard than the current accepted answer. I'll explain the panes from top to bottom. 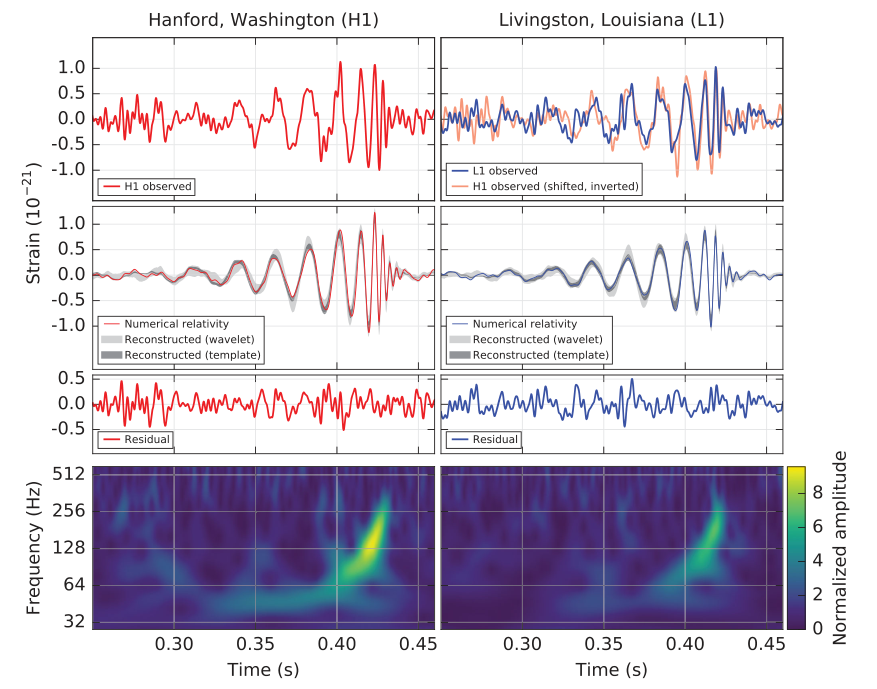 LIGO didn't "see" anything. It monitors the relative lengths of the paths taken by two laser beams in vacuum pipes about 4km long (although the laser path consists of about 75 trips up and down the arms) and at right angles to each other.

A gravitational wave, travelling at the speed of light, changes the ratio of these lengths (one gets shorter, one gets larger, then they swap) by about plus or minus 1 part in $10^{21}$ (a billion trillion) about 30-200 times per second as it passes through the instrument.

The whole event lasted about 0.3 seconds and the trace (which has been all over the news) simply records the fraction by which the length of the arms changes as a function of time.

The event was (nearly) simultaneously recorded by two almost identical setups in different parts of the USA. The detection of the same signal in both detectors rules out a local cause of the disturbance, and the small time delay between the detections allows a rough location of the gravitational wave source on the sky.

According to the GW150914 tutorial, this is what Advanced LIGO L1 and H1 detectors originally saw: 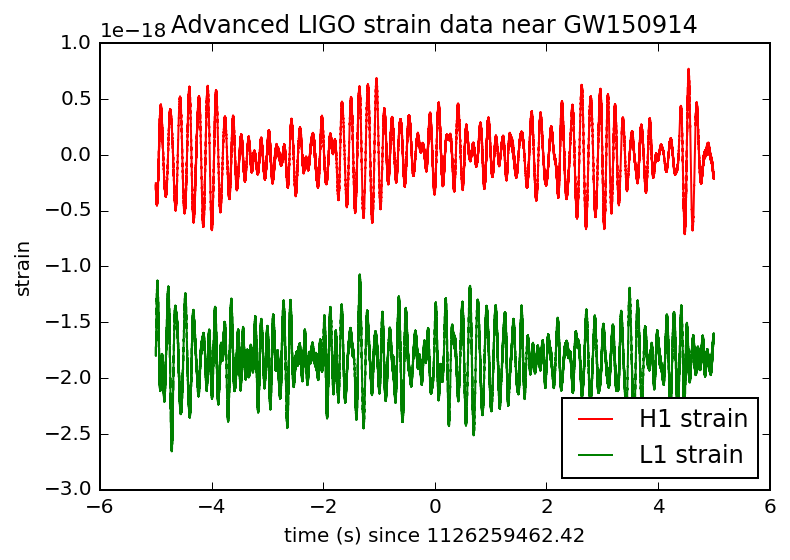 You can download the raw data from this tutorial.

The actual mechanism of measurement that LIGO used is laser interferometry, so one reasonable interpretation of what LIGO "saw" would be the interference pattern caused by the gravity waves, which would "look" something like this: 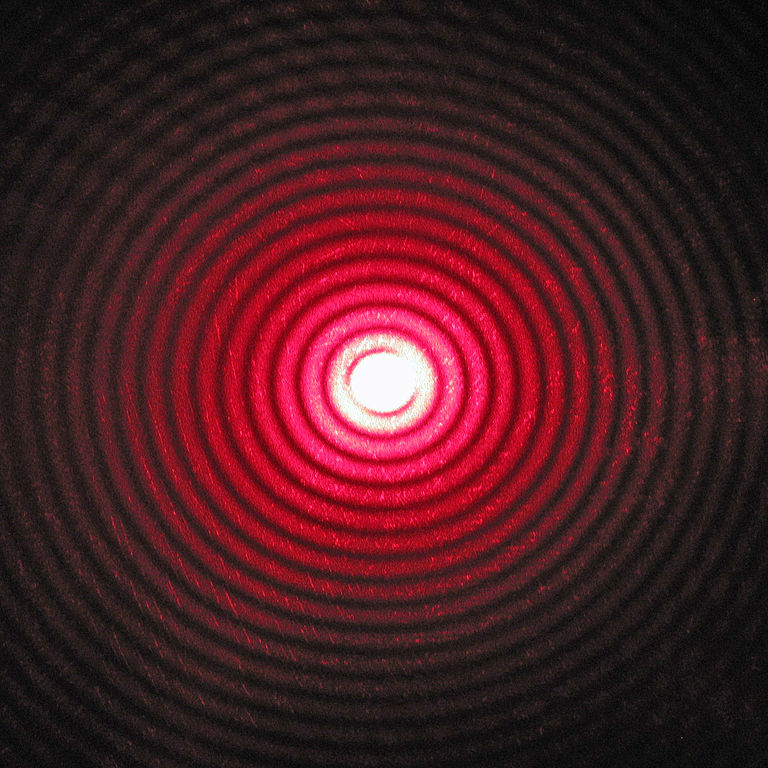 Unfortunately I could not find an image of the actual laser interference that LIGO mentioned; it's probably too small for photography anyway.

All the other graphs people are linking do are just graphs of the interference pattern data. Showing a graph of the LIGO data as an answer to this question is like showing an image histogram as an answer to the question, "What does the Hubble space telescope see?"

I don't know whether it's interesting for you, but here is the link of the paper that was published about those observations:

Once the answer above is quite straightforward! What the paper says (in short) is that LIGO has observed a transient gravitational-wave signal, and these observations match with the predictions of waveform derived by General Relativity for the system involving two black holes.

It sees waveforms as shown in the drawns above.

Some examples you can get and explore by yourself from here: