Can redshift be measured using fourier?

Are there pictures that contain high enough dynamic width, so that amateurs can use fourier spectrum analysis to observe the redshift themselves?

I know pictures usually are encoded using RGB and/or CMYK and therefore lose a lot of color information from a physical perspective, but I'm wondering if there exists a picture format that could store that much information, and if so, could amateurs then use fourier spectrum analysis to actually see the red-/blueshift?

No, amateur astronomy equipment is not capable of doing such an analysis. Most color CCDs use something called a Bayer filter to detect color. Essentially, certain pixels detect only red photons, other pixels detect only green, and still others detect only blue. Each filter has a high transmission over some band of wavelengths (say, for red, 600 - 700 nm). Photons outside of this band are absorbed. The CCD pixels behind the red Bayer filter then count how many photons they see (they actually measure charge, but that's a detail). The point is, the CCD can't measure a photon's precise wavelength; it can only count how many it sees over some wavelength band.

Now, this is NOT necessarily the case when it comes to professional astronomy. To my knowledge, there do not currently exist optical CCDs that can do spectroscopy without a diffraction grating. For one thing, optical diffraction gratings work really well, so there is no reason. The other reasons are that optical photons don't generate a lot of charge in a CCD, so it would be hard to measure, and there are generally a LOT of optical photons, so you'd get a lot of pile up.

By contrast, X-ray CCDs often do spectroscopy, albeit not with Fourier analysis (for example, the ACIS CCDs on Chandra). There are a lot fewer X-rays than optical photons, and they deposit a lot more energy on a CCD. Unfortunately, you can't do X-ray astronomy from the ground, so even if an amateur astronomer could somehow afford one, it wouldn't do them any good. Even in the case of X-ray astronomy, you generally use an x-ray diffraction grating to get a spectrum if that is what you are interested in.

You'll probably need spectrometer data to distinguish and identify spectral lines. That kind of spectrographic images look e.g. like this: 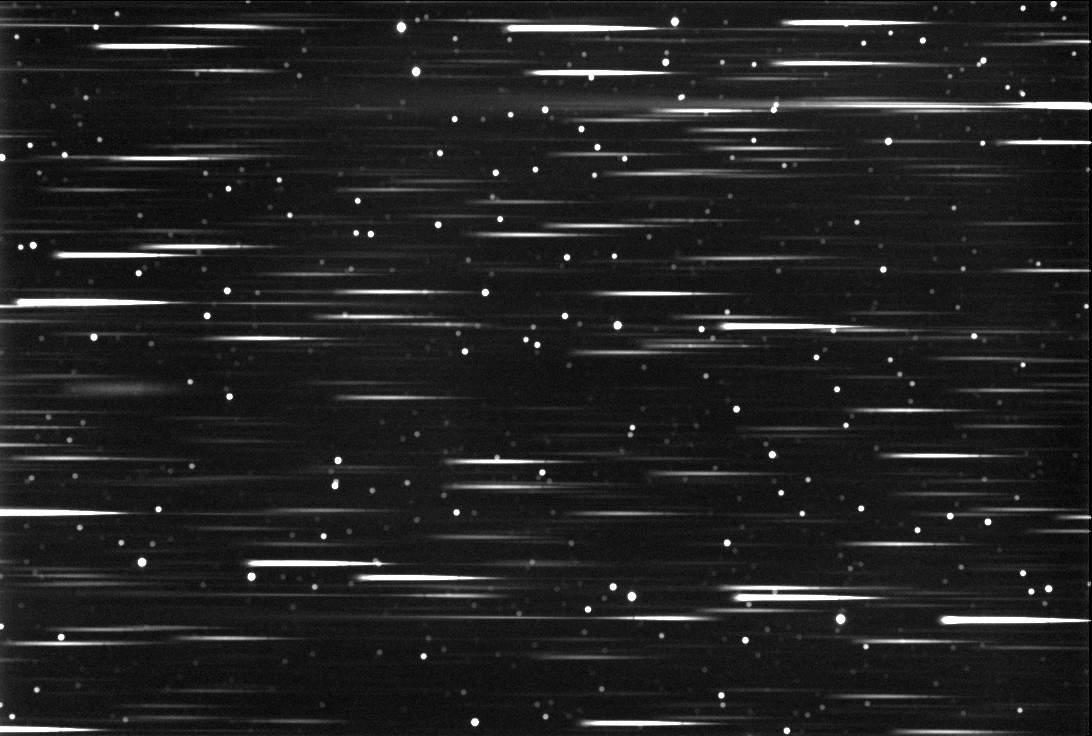 Not the answer you're looking for? Browse other questions tagged photography redshift or ask your own question.

4
How Do we know about redshift?
1
How can we explain high redshift numbers?
5
Redshift quantization
1
Redshift observation at different wave length
2
Using emission lines to determine redshift of a quasar
2
Redshift, velocity, distance
8
Cosmological redshift vs doppler redshift
3
Redshift Formulas