What would the night sky look like if the interstellar medium didn't exist to absorb or block light?

I was curious about how much brighter it would be and how much further we could see.

light interstellar-medium night-sky
Share
Improve this question
asked May 8, 2016 at 23:45

The main effect would be that the Milky Way would become much more prominent and asymmetric.

At the moment, our view into the Galactic plane is limited to around 1000-3000 parsecs by dust. If you look at the Galactic latitude distribution of naked eye (Aren't there more naked-eye-visible stars in the Milky Way plane? ) you see that most naked eye stars are much closer than this and there is only a modest concentration towards the Galactic plane.

What I think this means is that there would not be a big increase in the numbers of resolved naked eye stars. It is the sensitivity of our eyes, rather than dust that limits how far we can see them. However, the numbers of unresolved stars in the Milky Way would be greatly increased. The number of stars in the resolution element in your eye would increase as distance squared, but the light received decreases as distance squared. This means each "shell" you add contributes equally to the observed brightness.

In addition, the "bulge" would become more prominent. This is a pseudo-spherical region of diameter 4000pc, with a greater density of stars, centred on the Galactic centre. The bulge is mainly hidden by dust now, but without dust we would see a brighter, roughly circular blob towards the Galactic centre (Saggitarius), with an angular diameter of 30 degrees.

Some idea of the change in the visual appearance to the Milky Way can be gained by comparing an all-sky image at visible wavelengths (affected by dust) with a 2MASS infrared version (much less affected by dust). See how the "width" of the Milky Way becomes more concentrated and the distribution of stars becomes smoother, with a prominent bulge at the Galactic centre. 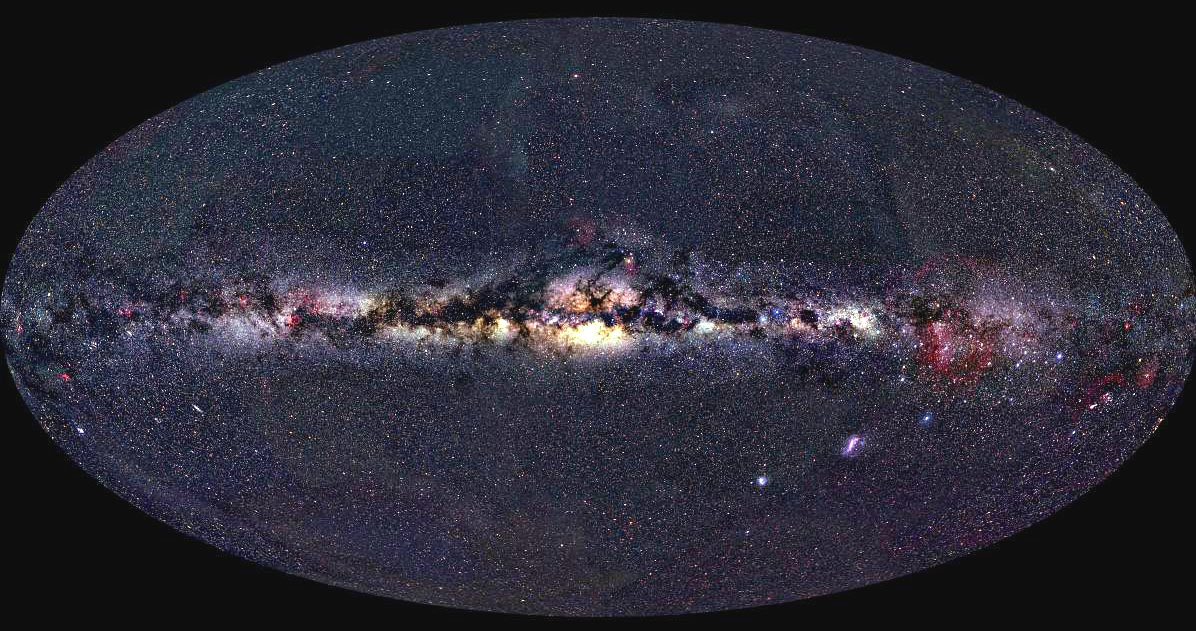 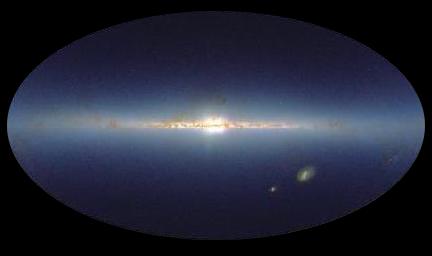 Not the answer you're looking for? Browse other questions tagged light interstellar-medium night-sky .

15
Aren't there more naked-eye-visible stars in the Milky Way plane?