Why did Mercury not appear to transit through the middle of the sun?

Why did Mercury not appear to transit through the middle of the sun (the equator)? I initially thought that this was because of the ecliptic, but, then I thought that actually we'd see it above the solar equator, wouldn't we? So I'm confused.

This video of the transit from NASA shows exactly what I'm talking about. Mercury is shown relatively low on the solar disk.

I'm looking specifically for why it was visible in the bottom half of the sun, not the top half?

This drawing is exaggerated. When Mercury is "between" us and the Sun it might be below, above, or passing through the Sun's disc from our point of view. 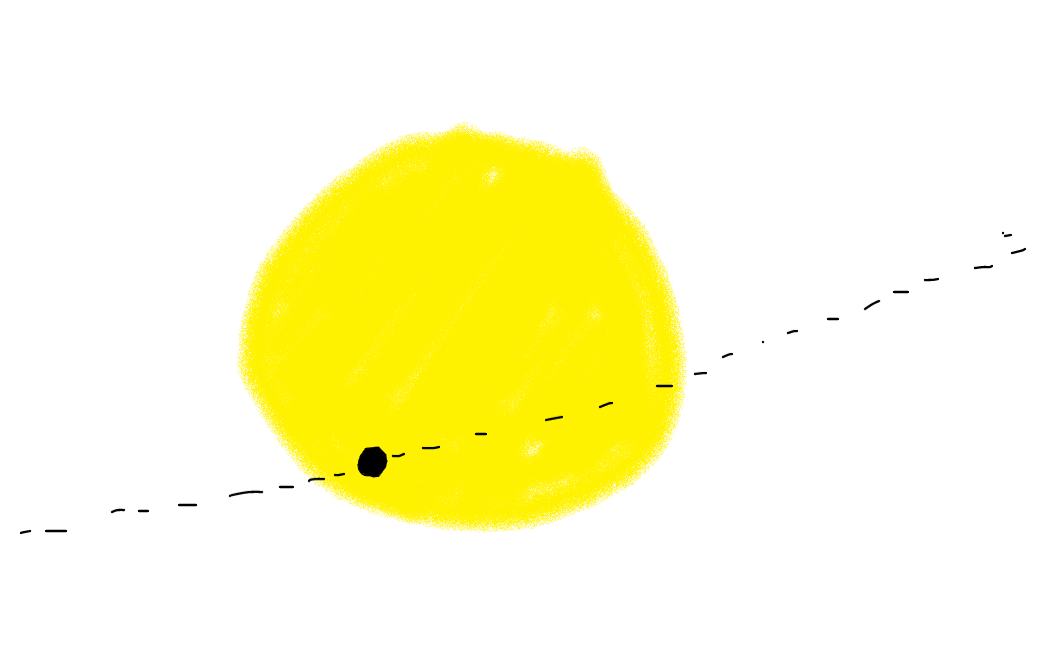 As Mercury is inclined by 7 degrees relative to the orbit of the Earth (the ecliptic) at any given time it may be above the ecliptic or below. However there are two times during its orbit when it crosses the ecliptic. These are known as "nodes".

When a node occurs at about the same time as an inferior conjunction, then the planet will appear to travel in front of the sun. Whether it travels through the middle of the solar disk, or through the upper or lower part, depends on whether the exact time of the node occurs just before the conjunction or just after.

In May 2016, Mercury crossed the ecliptic at about 08:00 (utc), and had it inferior conjuction at about 15:00. It was a little below the ecliptic by the time of conjunction, but still close enough to cross the solar disk.

59
How many planets are there in this solar system?
6
Watching the Mercury transit with improvised devices
2
Pinhole projector for the Transit of Mercury
5
Why was the size of the solar system not defined by Mercury Transits?
31
Why is the Sun's density less than the inner planets?
5
When will the next transit of Earth be visible from Mars? Was the last one really on May 11, 1984?
27
Why do planets and satellites in the Solar system look so wildly different if they came from more or less the same matter?
11
Is it possible to see mercury transit "clearly" by the naked eye?
2
Between Mercury and Venus, which planet produces a longer transit? Assuming both planets describe same path on the solar disk
3
On other planets, does the sun appear to pass through the same zodiac constellations?