What is the most extreme weather found on another planet?

On Venus, there is really inhospitable weather, as well as within the gas giants in our solar system. Are there examples of even more extreme weather on planets found in other solar systems than ours?

I'd say that HD 189733b is a good candidate for the most extreme known weather on another planet (outside our Solar System).

According to some recent news accounts, the atmospheric temperature is believed to be over 1000° C, with 7000 kph winds. (For comparison to the data in Rory Alsop's answer, that's about 1900 meters per second.)

And it rains molten glass. Sideways.

UPDATE : As Guillochon points out in a comment, HD 80606 b likely has even higher winds, though they're not continuous. It's a Jovian with an extremely eccentric orbit. Quoting the Wikipedia article:

Computer models predict the planet heats up 555 °C (1,000 °F) in just a matter of hours triggering "shock wave storms" with winds that move faster than the speed of sound, at 3 miles per second.

which, in civilized units, is about 4800 meters/second. Probably no molten glass rain, though, so it's not clear that it's more "extreme".

So far, we don't have anywhere near enough detail to identify weather on planets in other star systems. We even have difficulty working out the size of some of them, so it may be a while till we can get a good idea as to weather.

So the answer is going to be in our solar system.

As for extremes, we have a couple of options: 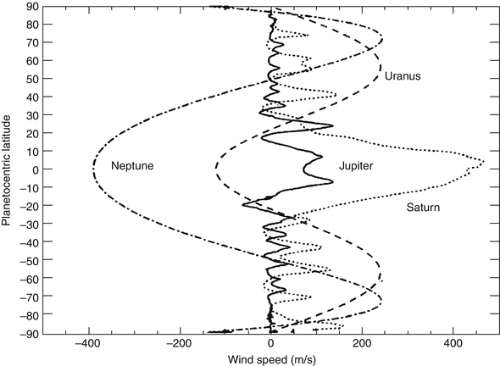 Pluto is incredibly cold, but it doesn't vary much, so should we call it an extreme? Mercury has a much more extreme range of temperatures. From sunside (over 400C) to coldside (almost -200C) gives a difference of 600 degrees Celsius!

Molten Iron and hot sand - it's not easy to think of something more extreme than this. Add that to the high gravity of a small, dense Brown Dwarf. Theory predicts they can be as small as 0.75 RJup (if old enough) and much more massive.

I know, BDs are not planets. Howewer at some places, the boundaries are not well defined. Then, I imagine that a high mass planet close to or even above what the astronomers define as the minimum mass for a BD could have a similar weather. Or could it not?

This mass could be anywhere between 10 and 17 MJ depending on metallicity and other parameters. I saw this numbers in a paper at arxiv.org - sorry for not remembering it's name now. And it seems there are planets heavier than that in the net lists.

Thanks to Jupiter's gravity, Io have a molten core and plenty of volcanoes. Now, what would be the climate of a planet that is subject to the much stronger pull of a pulsar or even a black hole? or the most extreme 'hot jovians' orbiting around an A/F star in few days (or just hours) and with a temperature above 3000 K... Or going to another opposite, an ancient rogue world as cold as the circundant space or even colder (if immersed in the 'boomerang' nebula for instance) with enough atmosphere pressure to have pools of liquid Helium.

I would say on the gas giants: Jupiter, Saturn, Uranus and Neptune.

Storms on Jupiter, such as the Great Red Spot or Oval BA, are well known.

Storms on Saturn, such as the Dragon Storm or the Great White Spot, are well known.

Storms on Uranus are not common, but there is one: the Uranus Dark Spot.

Storms on Neptune are very common: the former Great Dark Spot, the former Scooter and much more.

Storms on Mars are pretty rare, but one type is not, a dust devil.

Storms on Mercury are extremely rare, mostly due to the lack of an atmosphere.

Storms on Earth, you all know.

Not the answer you're looking for? Browse other questions tagged exoplanet weather or ask your own question.

6
What proportion of planetary systems have been found with 'Hot Jupiters'
18
What is the current accepted theory for the fate of hot Jupiters?
4
Could we detect an earth-like planet around another star?
5
How can we tell how many exoplanets a star has?
2
What starting circumstances have to be for "grand tack" hypothesis to work, and why they are lacking in other planet systems(as far as we know)?
8
Estimates for "undetectable" planets in extra-solar systems
3
Exoplanets, Protoplanets, and planetesimals
0
What is the gaseous-to-rocky ratio of exoplanets?
5
Are there other planetary systems where gas giants are on the inside to rocky planet orbits?
7
How long do thunderstorms on Venus last?