I think the answer to your question lies with Jupiter, be it directly or indirectly, the gas giant is now believed to have had a large influence on the way the inner planets formed. 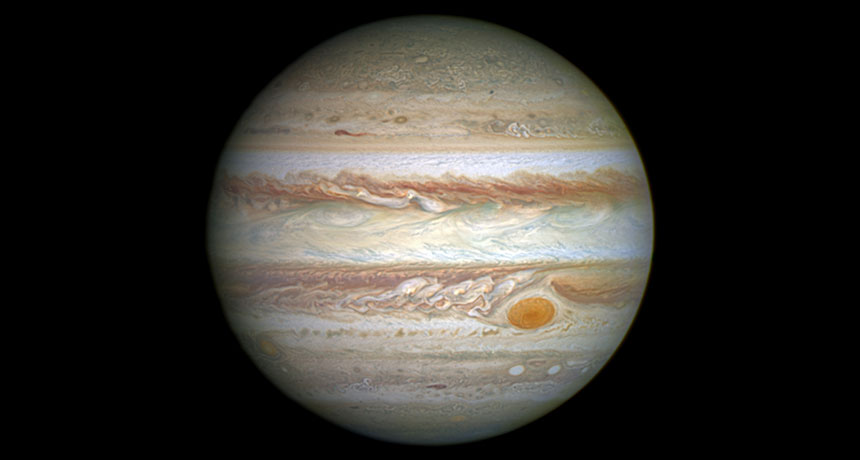 Many planetary scientists believe that the reason we only have 4 small inner planets today and not any "super-Earth" sized ones is because of Jupiter, and how it interacted with the circumstellar disk and protoplanets at the time of the solar system formation. There may well have been one or two super-Earths that formed in the early solar system, but models suggest that they would have been sent crashing into the Sun by the inward advances of Jupiter.

I found this blog article which explains it in more detail. And there is also another MNRAS article that goes into more detail about the physics and orbital mechanics behind what might have happened in the early solar system.

Not the answer you're looking for? Browse other questions tagged solar-system exoplanet terrestrial-planets .

4
Solar System formation, considering its and the universe's age
16
Statistics of elements abundance in exoplanets
7
Could an ejected "extra ice-giant" still be lurking in distant solar orbit?
1
Do the terrestrial planets form later than gas giants in our solar system?
1
Are exoplanets at dwarf stars less likely to have super-rotating atmospheres or asynchronous tidal locking?
3
Exoplanets, Protoplanets, and planetesimals
0
Could the mineral composition of planets explain the absence of megastructures?
3
Was the solar system flat before the planets formed? Or does the Kozai-Lidov mechanism flatten orbits after the gas giants form?
1
What's the exact story of jupiter and our earth, not becoming a super-earth?
8
Could rocks from Earth have reached the Kuiper belt, or Neptune at least? If so, how?