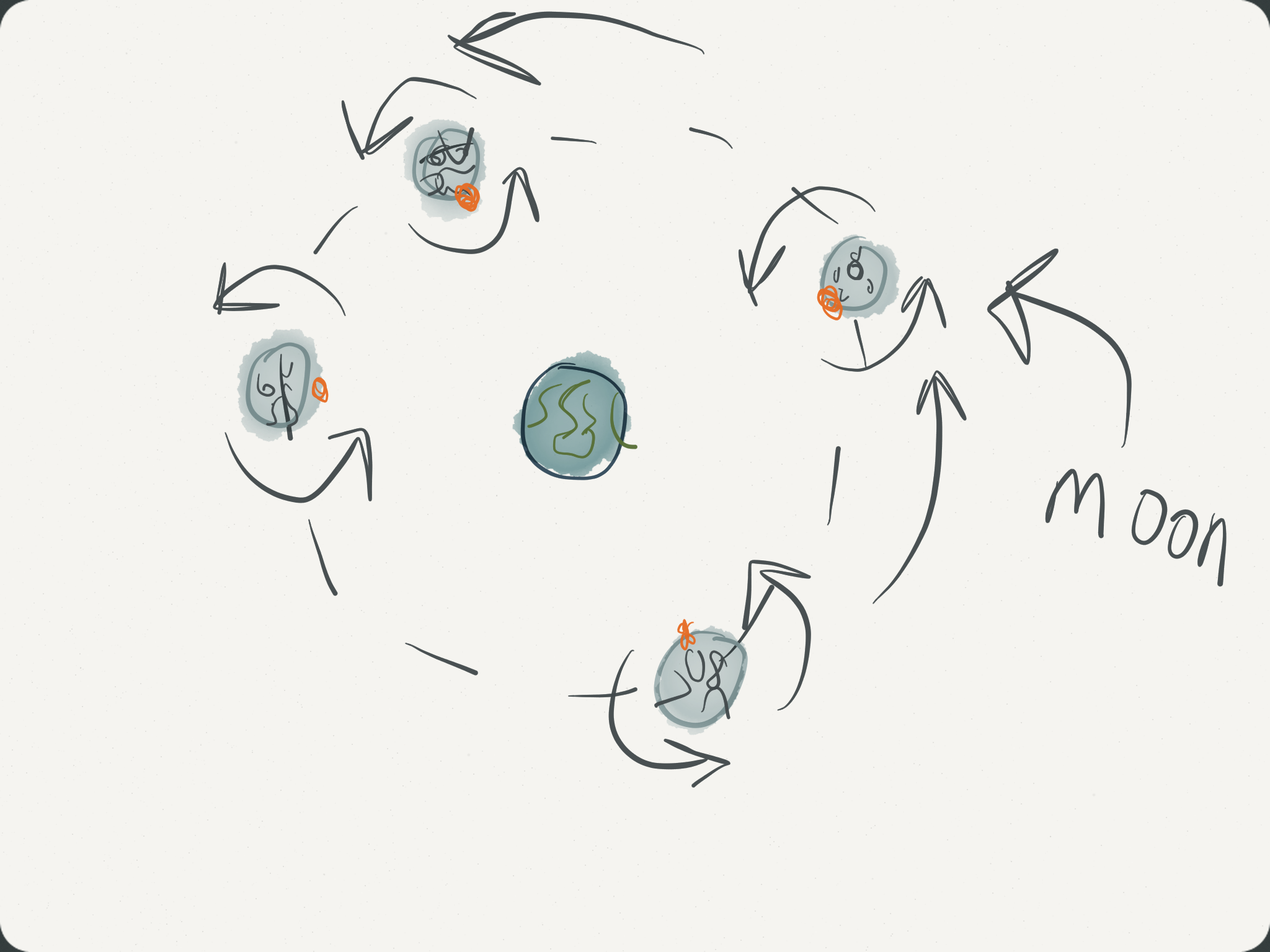 4
Isn't it absurdly unlikely that our Moon would constantly be "facing" us?
2
The dark side of the moon
2
Why does the face of the moon 'sync' with the earth?
1
Is the moon rotation at complete standstill?
20
What is the distance that the Moon travels during one orbit around the Earth?
12
Is the moon "perfectly" tidally locked and, if not, how long would it take us to observe it's rotation?
8
Have Pluto or any of its moons been mapped?
12
How do people measure the distance between the Earth and The Moon?
9
From which country or area is the new moon visible first?
2
What is the Terra phase?
See more linked questions

2
Tidal lock of earth and moon
37
Why does the Moon appear gray when passing between the Sun and the Earth?
7
Why can I see the dark side of the moon?
5
Why are tides high only on a full moon day?
4
Different full moon face on different places on Earth same time
6
Lunar phases if Earth was tidally locked to the Moon
2
How come the Sun does not make the Moon crash on the Earth?
37
Is it a coincidence that on the far side of the moon almost no seas are visible?
3
How old is the idea of the far side of the Moon?