I had this image, a picture of Jupiter: 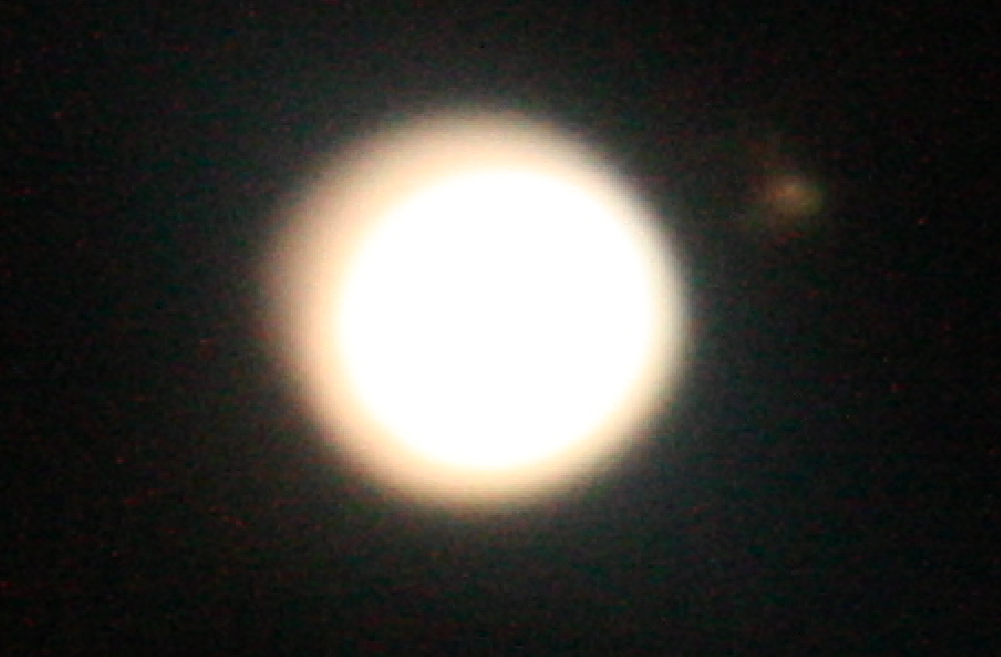 I wanted to measure the pixel diameter of Jupiter. As evident, the image is quite blurry, and thus, many value of equally justified pixel diameters can be obtained. To eliminate this I posterised the image (which is technically, quote from Gimp, "designed to intelligently weigh the pixel colors of the selection or active layer and reduce the number of colors while maintaining a semblance of the original image characteristics"): 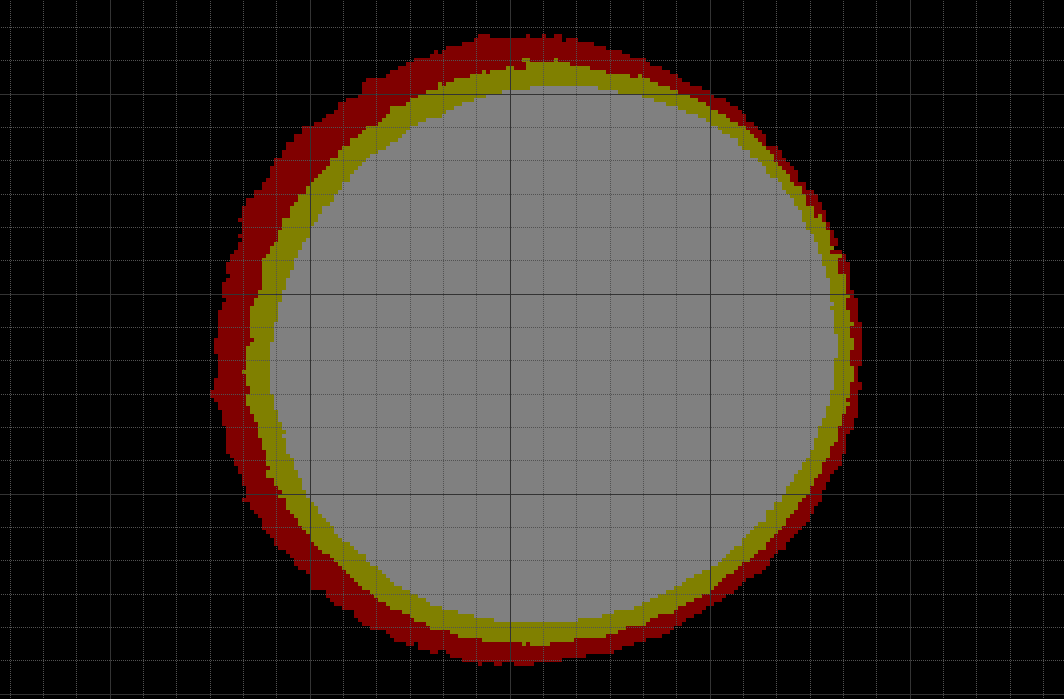 With the above result, I obtained three pixel diameters of Jupiter (one from each of the coloured circles), and with a little bit of calculation, realised that the yellow circle gave rise to the most accurate value of Jupiter's diameter (which was surprisingly off by less than one percent!).

1) Why is my original image like that? Is it due to some form of light scattering?

3) Is the posterised result expected? Are there names that can be given to the three distinct spherical objects (which seem to resemble shadows, like the umbra, prenunbra, antumbra, etc.)? Is there a reason why the middle posterised object gives the most accurate value?

1) your original image is blurred and possibly overexposed. I can't tell if the blurring is due to poor focus or inaccurate tracking. I think you really need much better, sharper images that show the true boundary of the planet before you can start to measure diameters.

2) with a sharp image, there should be no need for posterising the image.

3) "Is there a reason why the middle posterised object gives the most accurate value" - well we could claim that it marks the "average" estimated diameter, but in my opinion the answer is: coincidence. If you posterised it to give, say, four bands instead of three, which would you take as your "true" diameter? And without knowing the real diameter of Jupiter in advance, how would you ever know?

Edit: by the way, I noted your previous question on this subject. Did you read and use those answers? How sure your magnified image is really the size you think? You could try to verify this by photographing a double star of known separation...

I would do this bare hands so to speak.

Read the image into a package that allows you to do arithmetic on the data. Sum the colour channels. Then threshold at something like half maximum and count the number $N$ of pixels above threshold. You might want to look at the result at this point to make sure the processing has not captured a feature that is not wanted.

Then you can define the half maximum equivalent diameter as

It would also help if the pixel values were not saturated, but then I suppose we have to work with the image we are given, at least it means we don't have to worry about limb darkening or contrast stretching.

Not the answer you're looking for? Browse other questions tagged data-analysis or ask your own question.

3
Python with image in fits format
2
Practicing image processing and analysis
4
Understanding expected TESS data structure
8
How do I get started in astronomy data analysis?
3
What are the challenges for the building and data analysis of the CHIME telescope?
0
Frequency analysis on Semiperiodic object(s) using Lomb-Scargle