In the case of GW150914, the approximate location is in the area known as the Magellanic Clouds. In case of GW151226, the parsecs are known, but no precise location. There are two detectors (in Hanford and Livingstone,USA) that made gravitational wave detection possible, does one need a third detector(or more) to pinpoint the position of the origin of these waves?

In other words can triangulation from three detectors pinpoint the location or are there other techniques for pinpointing the origin of gravitational waves?

Three detectors would improve the ability to pinpoint the direction of the gravitational waves drastically.

Finding the direction of the source of a gravitational wave, as with most things in science, is harder than it might initially seem. I'd like to point out that the process used in determining direction is not precisely a form of triangulation (even if it had 3+ detectors) because triangulation involves determining precise position from knowing distances to the object from 3 or more locations. That's not really what's happening here.

I'll outline the basics for determining the direction and how that method might be improved with more detectors, but you can also read this excellent source.

The main way we can determine direction is time of arrival at the various detectors. The currently active detectors are located some 10 milli-lightseconds apart. That means one of them is going to detect the wave first, then sometime later, the other one detects it. Given that the wave has to be traveling at the speed of light, you can determine the direction it was traveling from such that it traversed the distance between the two detectors in the time difference measured.

But, this presents a problem because this method has degeneracies with only 2 detectors. Really, all you can calculate is the angle of the direction of the wave with respect to the line connecting your two detectors. That only gives you a cone on the sky of where the wave could've come from and you can't pinpoint the azimuthal angle without more information. This concept can be seen in the image below showing the probable direction. You can see they've limited it further, but their shape still takes part of a circle (the projection of that cone on the sky). 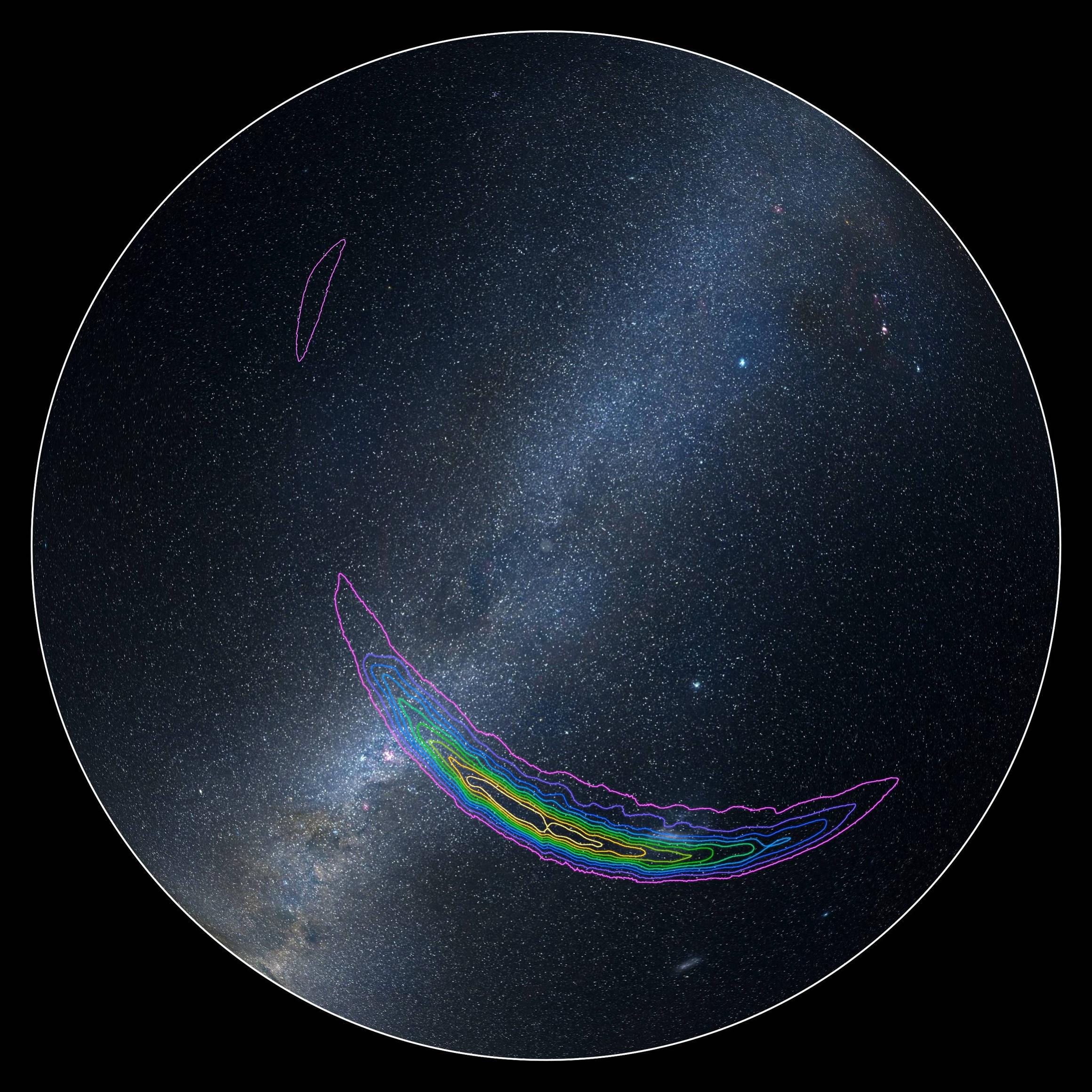 What if you added another detector?

As stated above, you have a degeneracy with only 2 detectors, but adding a third would break that degeneracy. You'd turn your cone into a point and you'd know much more precisely where the source came from. More detectors would allow you to pinpoint that location even more precisely, but only 3 are necessary to remove all degeneracies.

Now, of course I've been describing how it would work "in theory". In practice, observations are usually much more messy. Any measurement comes with error, so even with 3 detectors you're not going to be able to pinpoint the location exactly. You'll more likely be able to pinpoint it to a small patch in the sky. That's where other direction detection techniques can be used to refine that location.

This process of wave direction detection requires at least 2 detectors, but more is better for beating down the noise.

Firstly the skymap for the GW150914 event covers some 600 square degrees, of which the Large Magellanic cloud is only a small fraction of that, and furthermore the estimated distance to this merger is around 400Mpc, orders of magnitude larger than the distance to the LMC (~50kpc) [source]. So dont assume this is where it came from because the error boxes are so large we cannot pinpoint it to a single galaxy yet.

In regards to your question, there was a very good illustration at yesterdays press conference that outlined the improved localization that adding a 3rd detector (Virgo) would to triangulating the position of the gravitational wave source. Unfortunately I cannot find a copy of David's presentation from yesterday but this is one of the images he showed, with a comparison of the error boxes if Virgo was operational too (not shown). 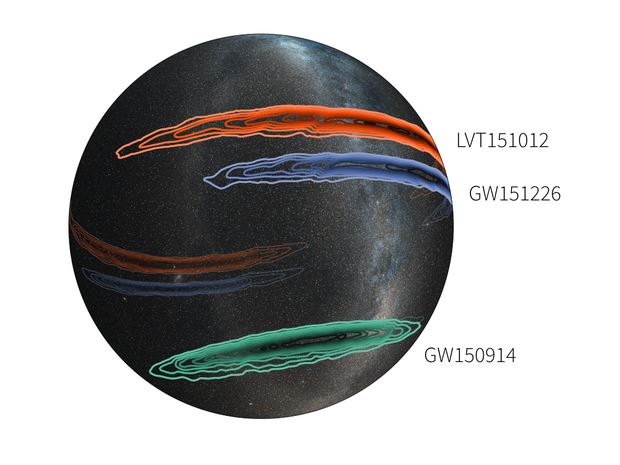 Further to this they also confirmed the plans to add a 4th (KAGRA) and 5th (LIGO India) gravitational wave observatories by 2025, thus further improving the localisation of the sources. Improvements and upgrades of the current detectors is also excpected to improve the localisation slightly too.

I made a short demo video on interferometers and how to pinpoint waves with them. You can check it at here: https://youtu.be/4enCrprmLn8

Have a nice day!

Not the answer you're looking for? Browse other questions tagged gravity black-hole gravitational-waves .

-1
How can we know where a gravitational wave comes from?