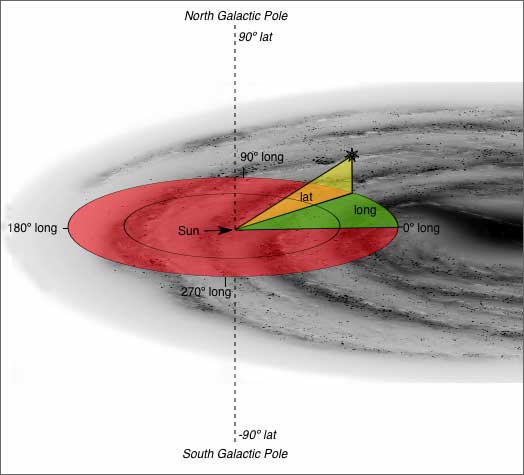 28
How far is the Earth/Sun above/below the galactic plane, and is it heading toward/away from it?
2
Black hole at Galactic Center of the Milky way and Bar of stars?
6
Milky Way position on the sky
1
What resolution is needed to see a quasar through the galactic center?
6
How was the galactic plane established?
3
Given sunrise, noon, sunset, longitude and latitude can I calculate the "hight" or "ascension" of the sun?
4
How many supernovae events are on their way from within the Milky Way?
5
How big is the galactic magnetic field in the solar system and how can we measure it?