Could a cross-ringed planet exist?

My title doesn't do my question justice in explaining, but the kind of satellite system I'm thinking of is two rings on two separate axis, much like (if you've seen it) the film 'Treasure Planet' shown below. 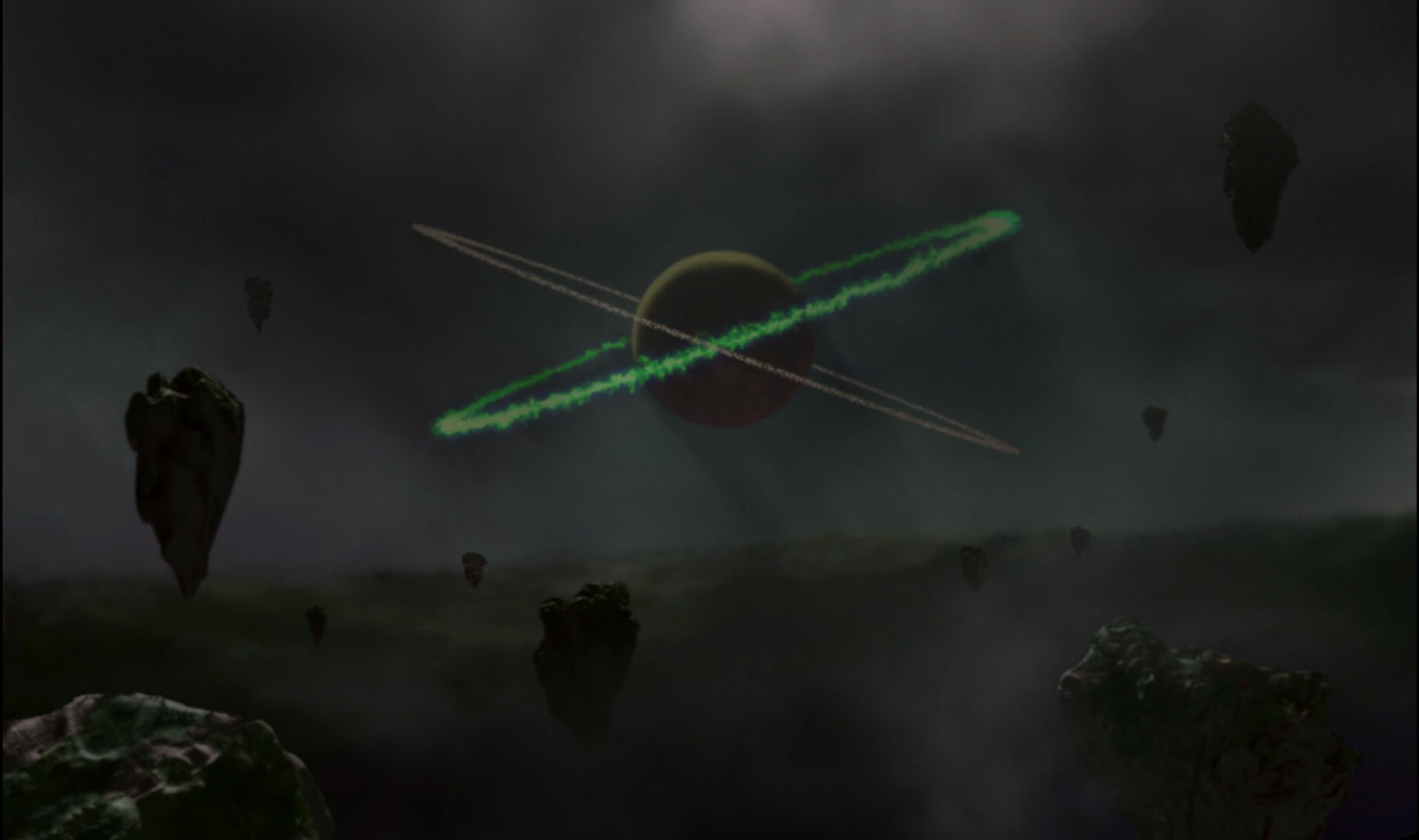 My guess is no, as the ring of a planet matches it's axis, but I was wondering whether or not some other phenomenon or influence could cause this formation.

While such a scenario would be unlikely, all you'd need is an existing ring and an icy moon to enter inside the Roche limit at a measurably different inclination. I wouldn't want to guess how long a set-up like that would be stable, but it's possible to have one.

The answer is a bit more complex than what userLTK presents.
Tides play a huge role for the orientation of the rings.

If the ring system has an inclination relative towards the planet, then inclination damping will occur. This means that the planet, that is flattened due to its own rotation, will exert asymmetric force tugs onto orbiting masses, until the force tugs are symmetric again, which is the case for zero inclination. This works well beyond the Roche-sphere of a planet.

Think about Uranus ring and moon-system. 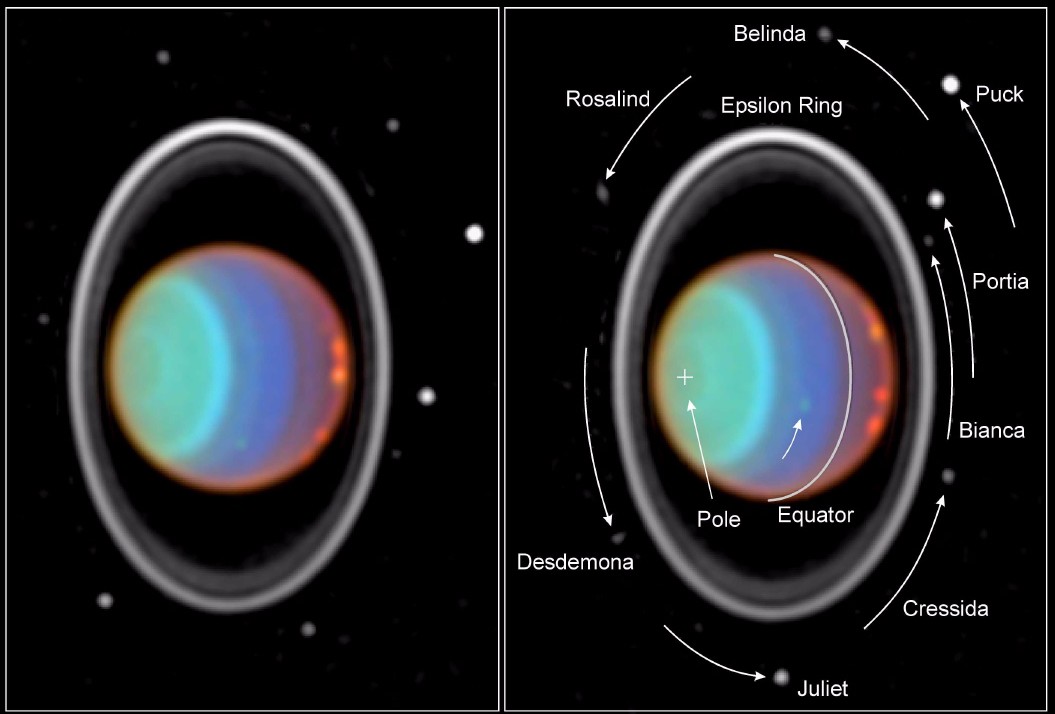 It seems implausible from a planetary formation viewpoint that Uranus could have an inclined subdisc from which the rings and moons formed at this inclination.

What seems more likely is that the planet was tilted, and then forced rings and moons to follow.

Summarizing
Yes on very short timescales, but then the rings would look messier and thicker as they would have to be just freshly formed.
No on long timescales (~10.000 years based on a quick google search).

Not the answer you're looking for? Browse other questions tagged planetary-ring or ask your own question.

2
Can a planet have more that one ring?

5
Rings around a smaller, close-in planet?
8
Can there be elliptical rings around a planet?
7
Do/Can Ringed Stars Exist?
1
Is this render of a ringed planet's shadow accurate?
6
Can moons exist inside a planet's roche limit?