Has anyone filmed a total lunar eclipse from the Moon's perspective?

With all of the footage we have of total lunar eclipses, has NASA, ESA, or any other space program ever taken a photo or video of it from the Moon itself? 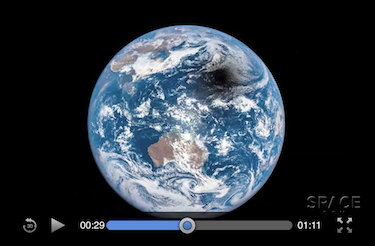 I'm fairly sure there did not happen to be, a time when NASA had cameras on the moon, when, there was a lunar eclipse.

Note that cameras today (such as this one on DSCOVR) are unbelievably better than cameras from Apollo era, so this would blow away any merely 700,000 miles closer imagery captured during the Apollo era.

Not the answer you're looking for? Browse other questions tagged the-moon lunar-eclipse or ask your own question.

10
Red Moon a Characteristic of all Total Lunar Eclipses?
0
Multiple apparent lunar eclipses last night
7
Eclipse Cycle Calculations Needed
1
Terran eclipse?
0
What would be the required conditions for a lunar eclipse to occur only once on a precise annual basis?
2
What irradiance does the Moon receive during a total lunar eclipse?
3
Why can't we observe a solar eclipse and the preceding/following lunar eclipse from the same place?
0
Lunar eclipse above the atmosphere
4
What is the duration of the era during which it will be possible to perceive a total solar eclipse?