Is this a real picture of the moon?

I found this picture and I am really wondering if it is possible for the moon to get as close to the earth as this picture shows? 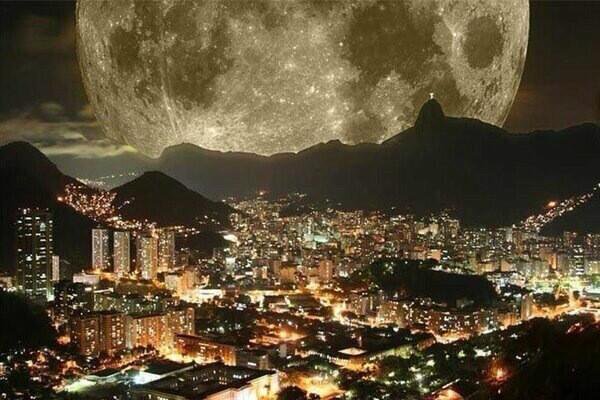 I don't know whether this picture is a fake, but you could get this sort of image without cheating, if it were taken a long way away from Rio, and the magnification cranked up. In other words, get far enough away from Rio that its angular diameter is about 1 minute, and take the picture from there.

I like @DrChuck's answer and this Astronomy Picture of the Day shows how this has some plausibility:

...but you could get this sort of image without cheating, if it were taken a long way away... and the magnification cranked up. 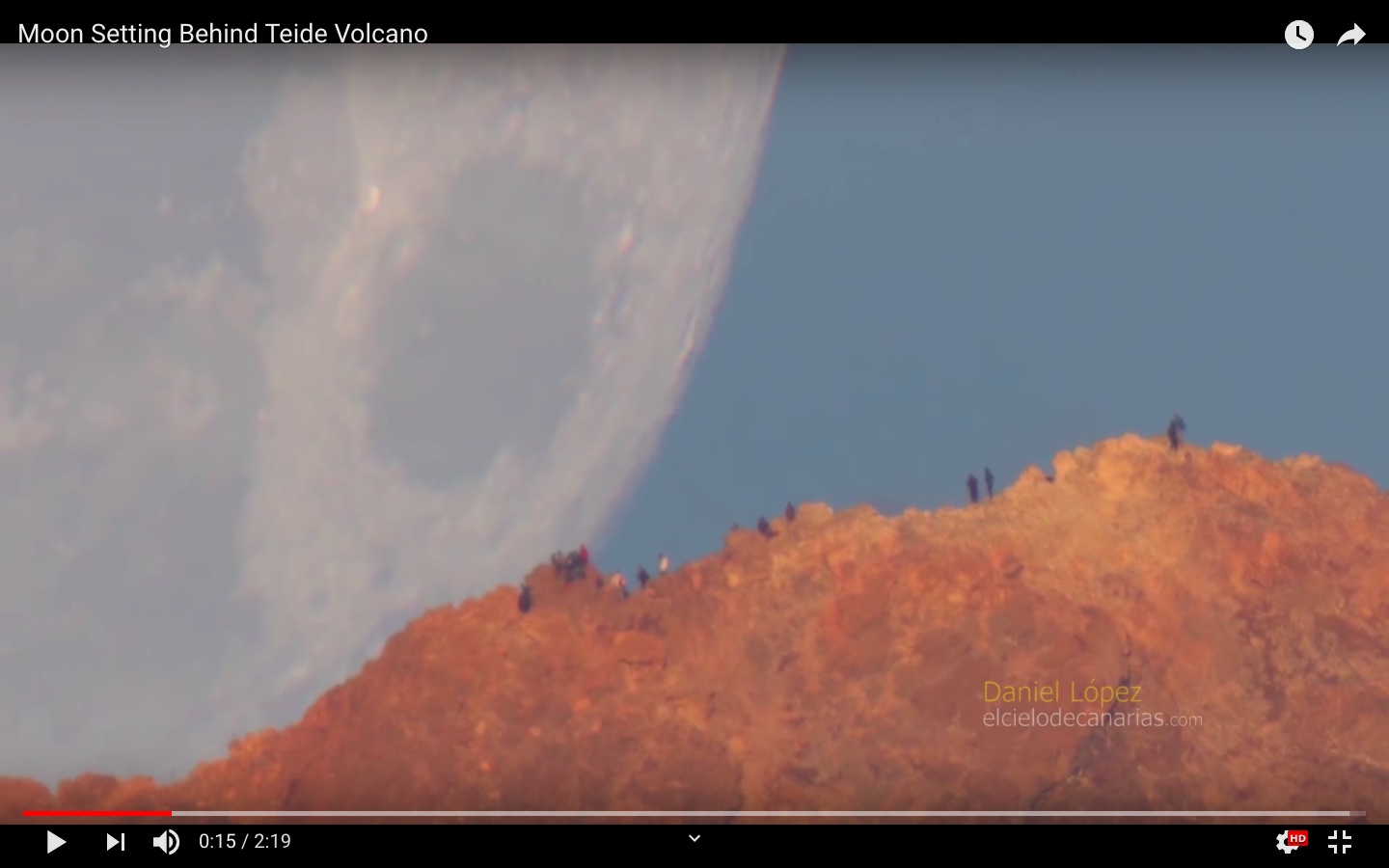 Moon Setting Behind Teide Volcano Video Credit & Copyright: Daniel López (El Cielo de Canarias); Music: Piano della Moon (Dan Silva) Explanation: These people are not in danger. What is coming down from the left is just the Moon, far in the distance. Luna appears so large here because she is being photographed through a telescopic lens. What is moving is mostly the Earth, whose spin causes the Moon to slowly disappear behind Mount Teide, a volcano in the Canary Islands off the northwest coast of Africa. The people pictured are 16 kilometers away and many are facing the camera because they are watching the Sun rise behind the photographer. It is not a coincidence that a full moon rises just when the Sun sets because the Sun is always on the opposite side of the sky from a full moon. The featured video was made last week during the full Milk Moon. The video is not time-lapse -- this was really how fast the Moon was setting. 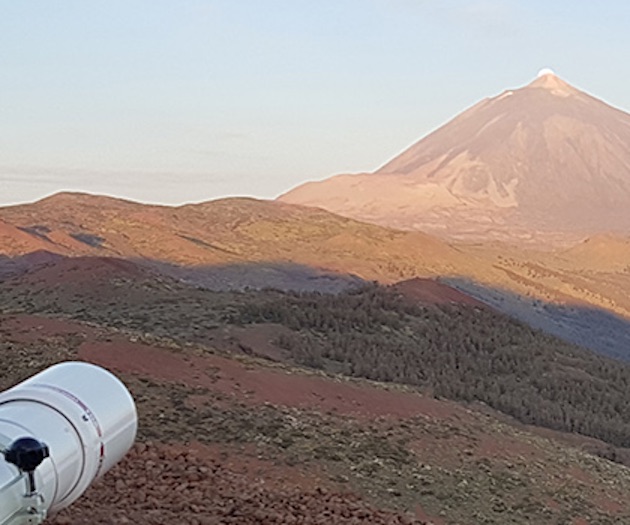 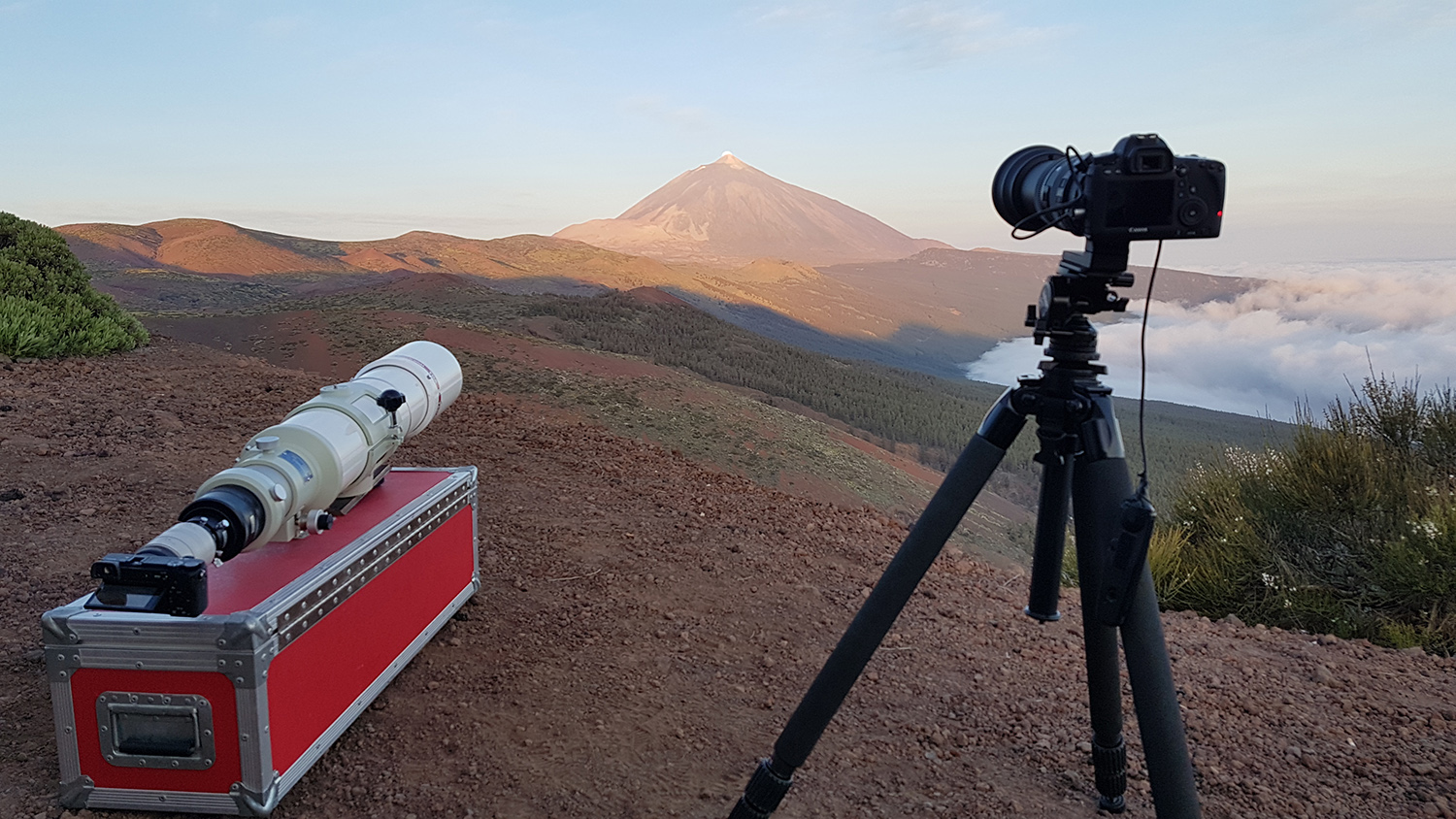 update: Following a bit of incredulity in comments, I'll mention that I don't think the image really is real, because it involved photography near the horizon where the air gets very thick, strongly attenuating of shorter wavelengths (blues) and wavy due to refraction and turbulence. The Image above shows the moon to be fuzzier than the people and the edges are a little ragged, *unlike the image in the question which looks quite sharp right down to the horizon.

Here's a few more real images for comparison, from 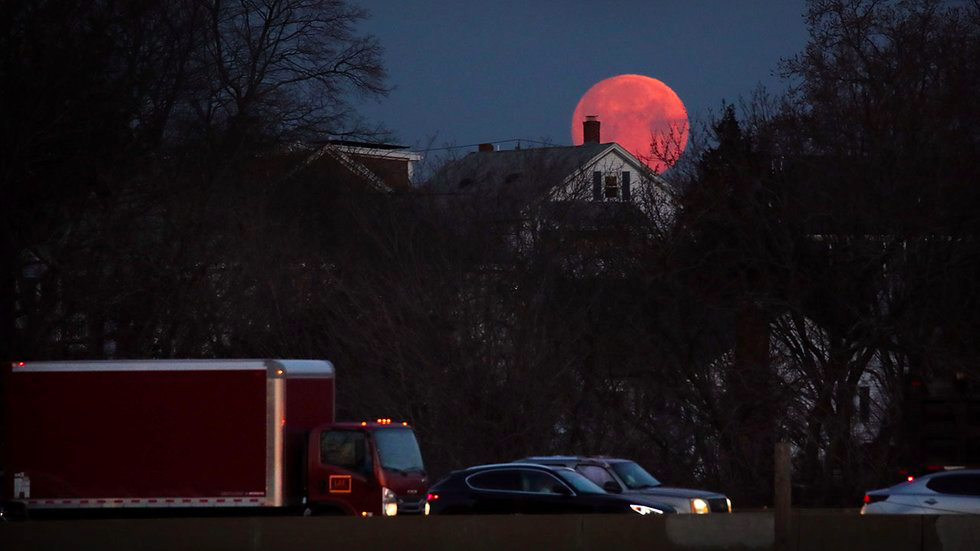 above: The moon sets over the Dorchester neighborhood of Boston on the early morning of March 20, 2019. The third supermoon of 2019 on Wednesday isn't just special because it's the last supermoon of the year. It's also the first supermoon in nearly 20 years to fall near the spring equinox. The super worm equinox moon, as it's known, follows Januarys super blood wolf moon and Februarys super snow moon. This supermoon will hit its peak at 9:43 p.m. Wednesday, almost four hours after the spring equinox officially hits. (Craig F. Walker/The Boston Globe via Getty Images) 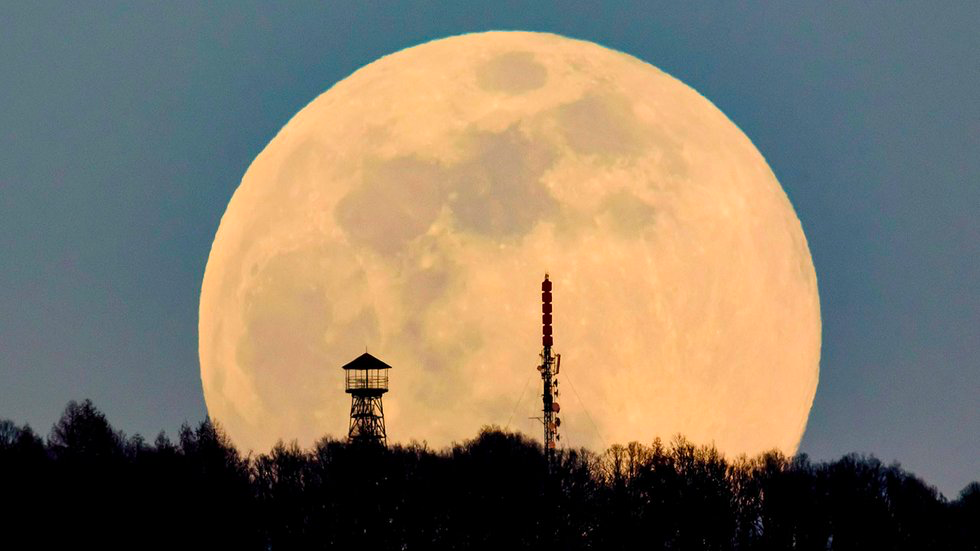 above: A lookout tower, left, and the broadcast tower of Antenna Hungaria at the top of Karancs mountain are backdropped by the rising moon as seen from the vicinity of Karancskeszi village, 80 miles northeast of Budapest, Hungary, Wednesday, March 20, 2019. (Peter Komka/MTI via AP)

Not the answer you're looking for? Browse other questions tagged positional-astronomy the-moon or ask your own question.

2
What makes the moon, a super moon
3
Are these parallel lines I'm seeing in this image a real pattern on the Moon?
2
What's the closest Venus gets to the moon?
11
What is the highest resolution image of the moon taken from Earth's surface?
3
Why does the half moon appear to have a "nose"?
25
What (the heck) is a Super Worm Equinox Moon?
4
Why does the moon 'peel' away from the horizon in this photograph?
6
How to explain this trajectory of the moon taken from the same spot on Earth over 28 days?
27
Where do we have it from that the Moon is migrating away from Earth?
1
This article says the moon may start moving closer to the Earth in the distant future; could this be true?