I will expect that gravitational lensing should turn an object into a ring image. But I saw in some situations that instead multiple images are formed. For example, the Einstein-cross in the image below, consisting of four images: 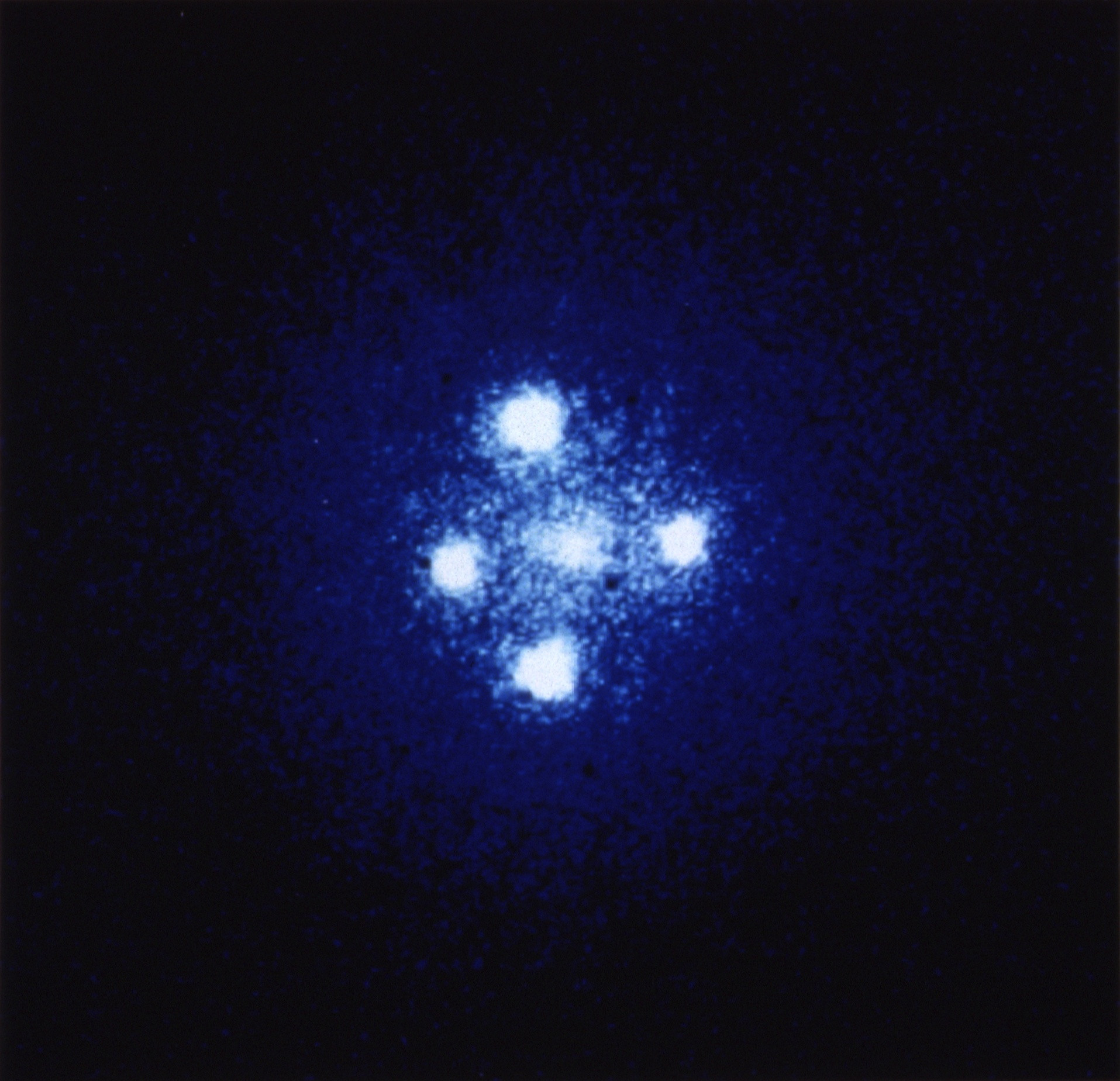 As mentioned in the comments, a ring will (ideally) only occur if you have perfect alignment of source, lens, and observer. This is true for point sources, for extended sources things get more complicated.

Double and quadruple images occur when the source is small and not in perfect alignment - typically a quasar, as in your example. For the sake of completeness, this would actually be triple or quintuple, but the third / fifth image is very close to the centre, overpowered by the lens, and highly demagnified (faint).

There are examples of rings and almost-rings, but these tend to be extended sources, i.e. galaxies. It is more likely that some part of an extended source happens to be aligned with lens and observer than it is for a point source. 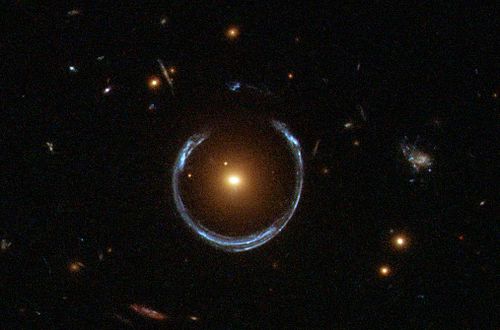 (Image of the Cosmic Horseshoe)

In your example, if the host galaxy of that quasar could be seen, it might be an Einstein ring (or an oval, as the lens seems to be somewhat asymmetric).

Not the answer you're looking for? Browse other questions tagged gravitational-lensing .