Around 10 pm, shortly after sunset, the moon appeared, but then quickly began to go down, and about 1 hour or less it "touched" the mountains on horizon and shortly after it completely disappeared and then we did not see it anymore.

I did not bring a camera or camcorder, so I only have this bad photo from a mobile phone: 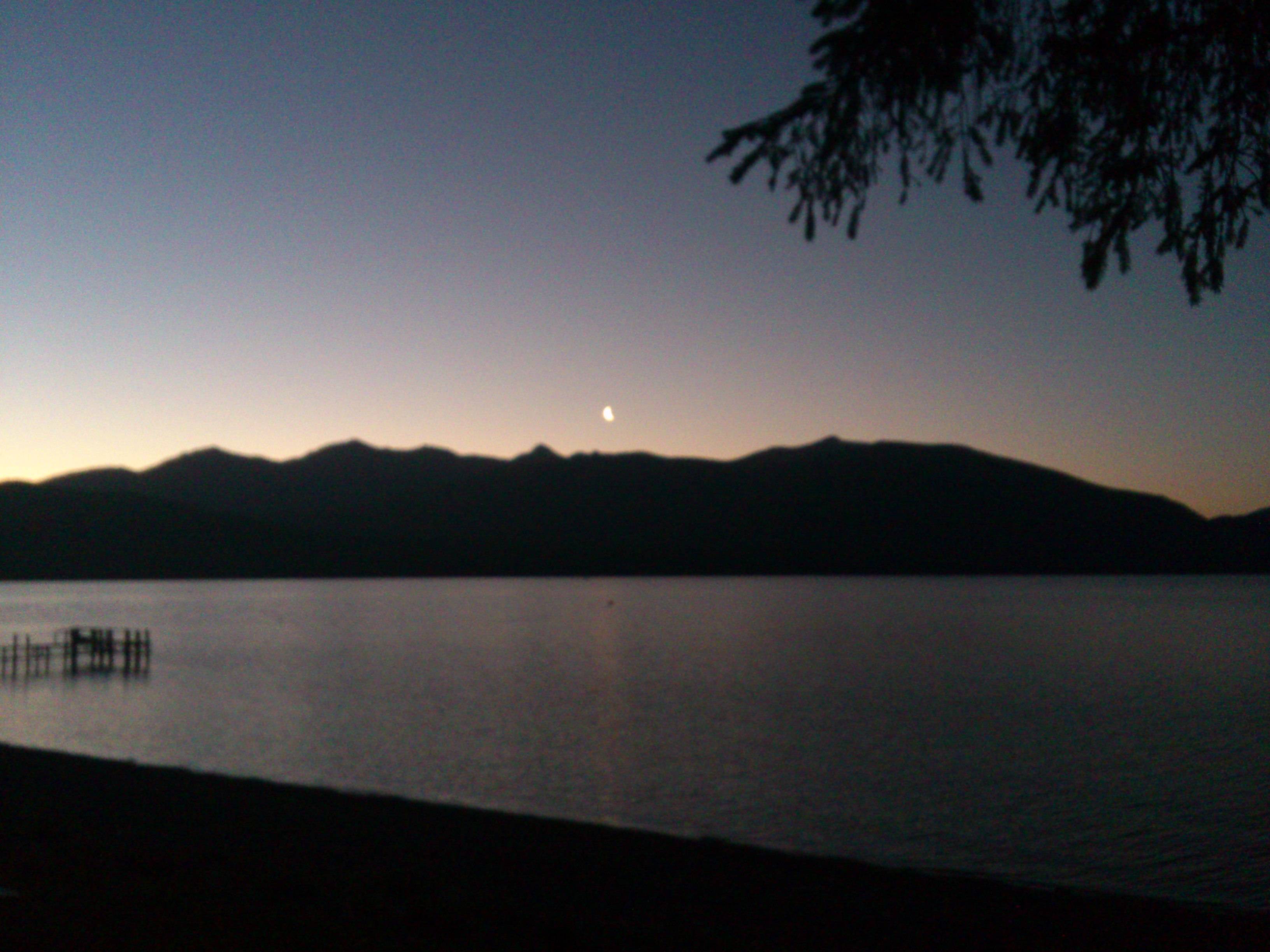 The whole process was pretty fast, so I only have one picture. I've never seen anything like it - usually (in Europe) the moon comes out after sunset rather than going down :-)

There was also one guy living there more than 10 years, but he was apparently surprised too.

Can anybody explain this? Is it something normal in this location?

February 3, 2014 has been short (three days) after new moon. The moon is then about 40 degrees or about 3 hours behind the sun. Hence, what you observed is quite normal, in Europe, too.

14
How does moonrise/moonset azimuth vary with time?
2
The face of the moon at moonset
8
Is it possible to see a moonrise or moonset twice in a day?
4
Circular formation around the moon
16
Moon's orbit around the Sun
1
What's the significance of finding neon on lunar atmospehere? new explanation of moon light?
4
Moonrise after sunrise but moonset before sunset?
3
Determining moonset time from Nautical Almanac