The other night, while playing Elite: Dangerous, I came across a rather strange celestial body - one I never imagined possible.

It was a Brown Dwarf star with a very large ring. 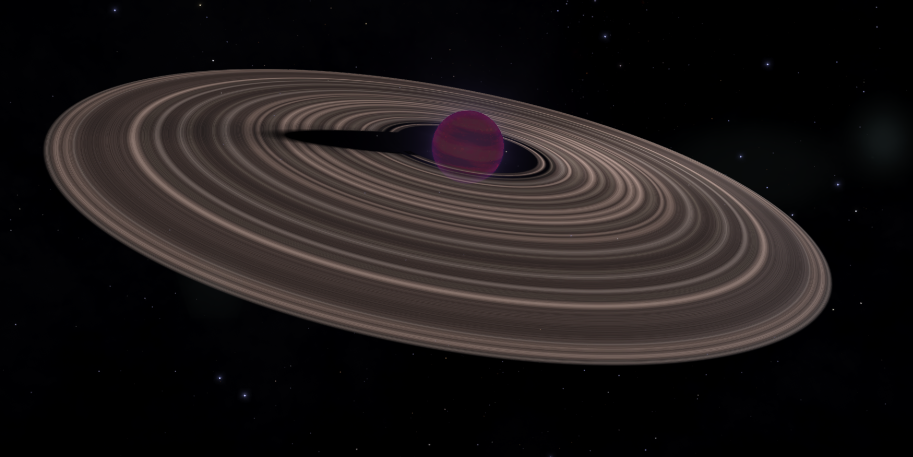 Is something like this even remotely possible? Have such objects actually been seen?

It was also quite interesting that this star wasn't even the primary star in the system. It was orbiting a larger star (blue-white, I think), along with several planets. 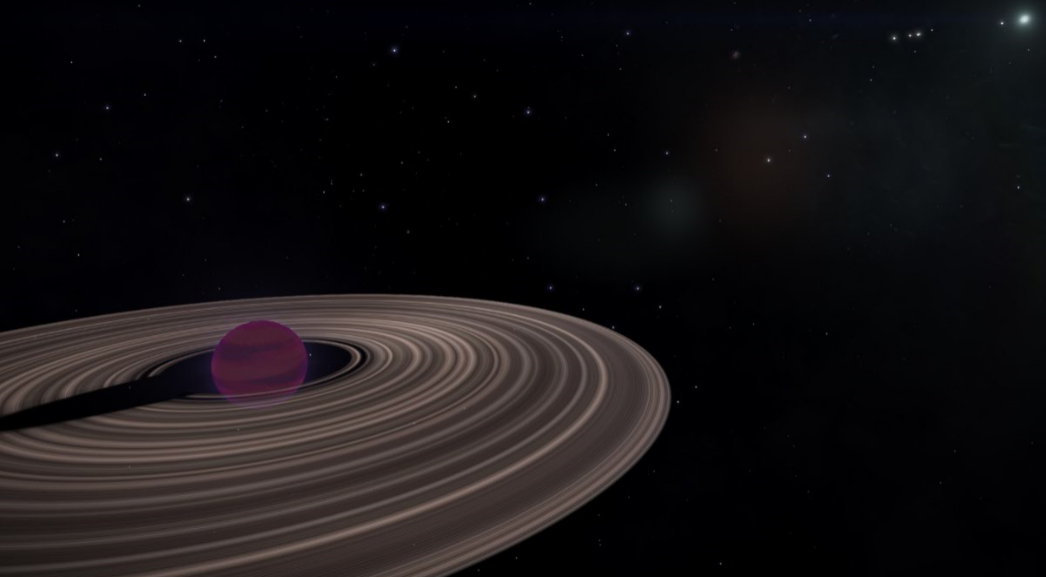 In a sense, that is what a circumstellar disk is. 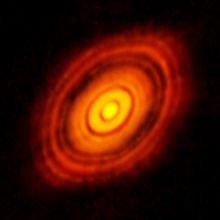 These are usually most noticeable around young stars as protoplanetary disks, disks that form planets. In the picture above, the gaps in the "rings" likely represent forming planets, similar to how the gaps in Saturn's rings indicate the presence of moons.

Our own star has a few "rings", though likely not as visually impressive: the asteroid belt, the Kupier belt, the scattered disk, and the Hills cloud.

Considering the derived global properties of the belt and the disc-to-brown dwarf mass ratio, the dusty ring around G 196-3 B may resemble the rings of Neptune and Jupiter, except for its high temperature and thick vertical height ($\approx 6 \times 10^3\ \mathrm{km}$).

3
Difference between "planetary ring" and "circumstellar disk"?
6
Could a star have a Saturn-like ring?

14
How thick can planetary rings be?
12
Can a star have a ring system?
7
Could a cross-ringed planet exist?
8
Can there be elliptical rings around a planet?
5
How do we know distant stars still exist
13
Can a system of three stars exist?
1
Is this render of a ringed planet's shadow accurate?
6
Can moons exist inside a planet's roche limit?