How deep is the "A" Fraunhofer line in the solar spectrum? Is it from the Sun's or Earth's atmosphere?

Question: Where can I see - or even download - a fairly high resolution (~0.1 nm) solar spectrum at zero air mass - in other words from space without absorption and other features from the Earth's atmosphere? Of particular interest is the near infrared around 750-780nm. Is the "A" Fraunhofer line due to absorption by oxygen in the Sun's atmosphere, or in Earth's?

The background discussion below shows some examples, but these are not directly from scientific sources and I have a hunch they are from observations on Earth's surface below the atmosphere.

Studies of photosynthesis on Earth using spectrometers in satellites measure solar flux induced fluorescence from foliage during the day, taking advantage of certain bands in the solar spectrum that are relatively "dark". GOME-2

For example, the Fraunhofer line labeled "A" below is produced by absorption by oxygen, but it is not clear to me if it is the oxygen in the Suns atmosphere or the Earth's atmosphere that's producing this line.

The images below are spectra of sunlight with various instruments of widely different resolutions, and because the absorption is narrow, the apparent depth is a function of resolution rather than reality. 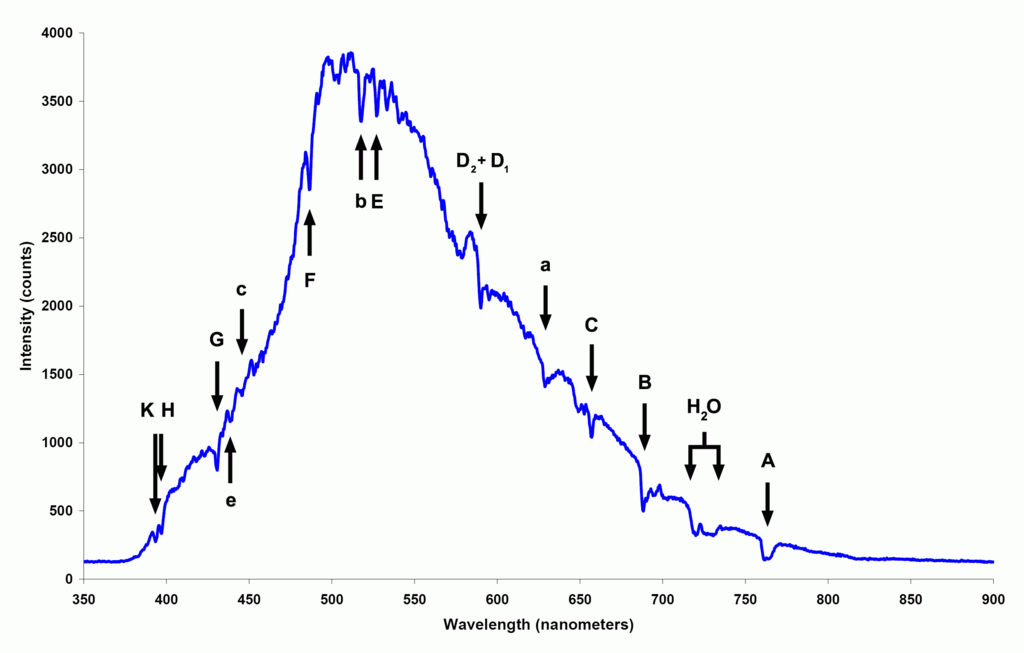 above: a low resolution spectrum from here 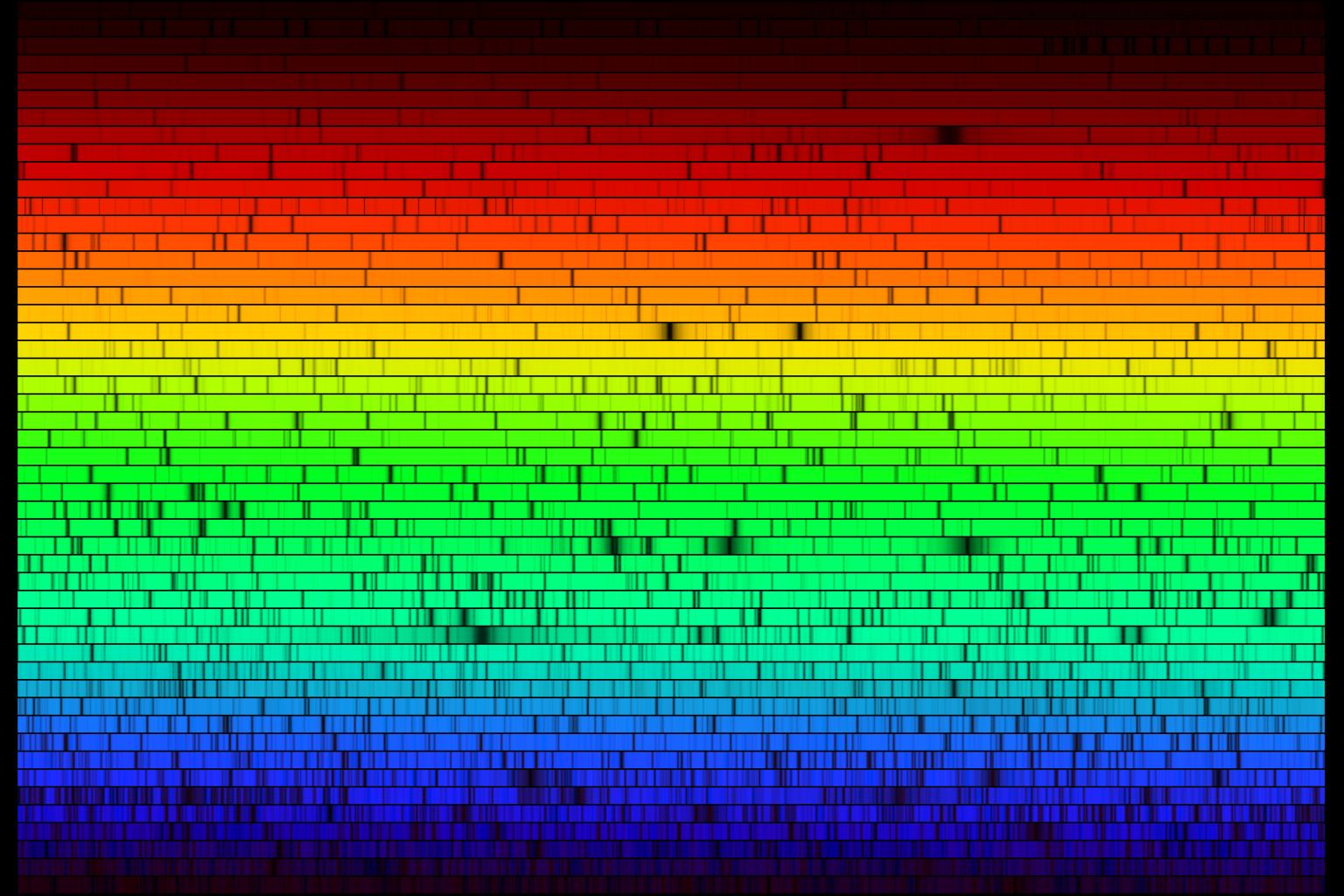 above: An spectrogram of the Sun from this NOAO website (N.A.Sharp, NOAO/NSO/Kitt Peak FTS/AURA/NSF) with the "A" line near 760nm appearing near the top, a little right of center. The original data is from the "Fourier Transform Spectrometer at the McMath-Pierce Solar Facility at the National Solar Observatory on Kitt Peak, near Tucson, Arizona" but seems to be formatted and colorized to look like an Echelle spectrogram.

A video describing the use of the dark band for Earth science can be seen at https://youtu.be/1XilneV3cJI.

Where can I see - or even download - a fairly high resolution (~0.1 nm) solar spectrum at zero air mass - in other words from space without absorption and other features from the Earth's atmosphere?

You can download a normalized solar spectrum with 0.1 nm resolution from here. However this is not at zero airmass.

A solar spectrum with zero airmass can be found on this website with the direct link to their data in an excel sheet here. This spectrum appears to be at a 1 nm resolution.

Of particular interest is the near infrared around 750-780nm. Is the "A" Fraunhofer line due to absorption by oxygen in the Sun's atmosphere, or in Earth's?

If you look up the Fraunhofer A line (really it's a "band"), you'll see it is caused by molecular oxygen, namely $\mathrm{O_2}$. This should tell you right away that it is caused by our atmosphere as molecules do not easily exist in the atmosphere of the Sun. In our Sun's atmosphere, most species are ionized forms of single atoms such as $\mathrm{O\:IV}$.

In Astronomy, spectral lines which are caused by the Earth's atmosphere and not by the source object being observed, are referred to as Telluric lines (from the latin word tellus meaning Earth). I found this source which describes, in detail, the various telluric lines that you may encounter.

Not the answer you're looking for? Browse other questions tagged the-sun spectroscopy spectra .

6
What is the temperature of the solar atmosphere (the corona) and how is it measured?
9
Why does Gaia use only calcium NIR lines for stellar radial velocity measurements?
21
Why are wavelengths shorter than visible light neglected by new telescopes?
4
Solar visible light spectrum
2
absorption line from the chromosphere
4
How to model and subtract nebular emission lines from stellar spectrum
1
How to calculate the statistically significant level for a guassian line profile?
3
How does a cross dispersed spectrum look like in a reality (from echelle spectrographs)?
2
Missing line in solar spectrum
2
How would one estimate the rotation period of a star from its spectrum?