Is communication with proxima b possible with todays technology?

Let's say we have already a base on an exoplanet (like Proxima B). Would it be possible to send information from that base to the earth with todays technology? Not to talk about communication with such a distance ...

And how would it be done? Light or Radiowaves? Would it be possible to direct it so well, that some very small fraction of that wave could reach the earth? Or is it only a question of how much energy is needed?

This is a pretty complex question. You might have better luck at space exploration than here.

Since you asked about current technology, how NASA does it now is they have very large microwave receivers, 3 stations, 70 meters each and the transmission is in microwave frequencies. Microwaves are likely the best wavelengths to send long range space communications because it's a comparatively low background noise and because it travels through Earth's atmosphere, so receivers can be built on the ground, which is much easier than building a 70 meter (or larger) dish in space. I'm using this as a source, it seems reliable, though it's apparently a hobbyist, not anything official.

This picture below is a page from NASA, showing the microwave window, which is used for communication. 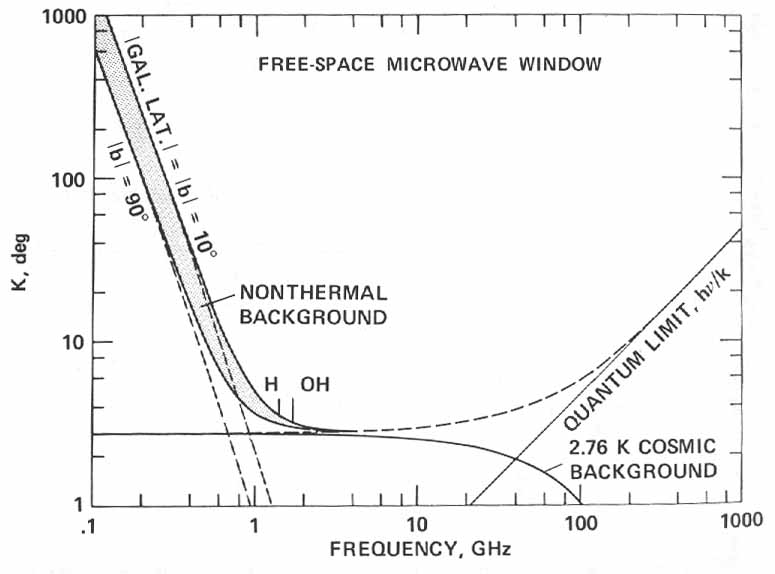 The precise band used is a little tricky (and I'm not an expert), but bands for satellite communications are divided up by countries. Article on that here. I would think they might try to use a band in the Water Hole, 1.42 to 1.666 GHz, which is in the L band, but most deep spacecraft communication and photos sent from distant space crafts is done in the S band. I'm not sure why that is.

As distances double, the strength of the signal is reduced by four and the signal has to stand out against background radiation, which is constant, while the signal weakens by the square of the distance. This isn't an easy problem over vast distances. But when you say "communicate", there's different kinds of communication, Morse Code or Binary Codes are very simple, only a few bytes per letter and messages can be transmitted that way at far greater distances. NASA is generally interested in photographs, and our spacecraft relay pictures back to NASA by ones and zeros via microwave messages, this can be compared to internet connections for speed. New Horizons, which recently flew past Pluto, takes about 1 hour to send 1 picture. Very good write-up on that here.

The Mars Reconnaissance Orbiter (per Quora answer), can communicate with as fast as 2 million bits per second, but it's much closer. How far and/or how fast (the 2 questions are related) a space craft can communicate with Earth depends on how big a transmitter they give it, how much power it has and how long it's power source is required to last.

Now, I'll try to answer your question badly, using Pluto and New Horizons as a baseline.

New Horizons is a relatively recent launch, (at least, compared to the Voyagers), it was launched in 2006, so it's using 10 year old technology. It's currently a bit over 35 astronomical units from earth and it's still sending pictures because it sends them very slowly. This article is 5 months old, but it says that it took New Horizons about 8 months to send half of the pictures it took of Pluto and Charon (and Nix and Hydra and . . . the others), by the equivalent of a tediously slow internet connection, (from the article)

New Horizons is transmitting data at a poky 2,000 bits per second (March 2016), and by summer that will drop to 1,500—a fraction of one percent of broadband data rates here on Earth. It takes about an hour for an average image file to arrive, from the first bit to the last.

It's also relatively low power. I couldn't find specifics on the wattage of it's transmitter/receiver unit, but the entire New Horizons power usage is currently about 200 watts Source and there are several components on it that share that energy. Source. Obviously we have the means to build much more powerful transmitters than 30 or 50 watts, or whatever it uses, but that's all that was needed for this specific mission. New Horizons is expected to operate for 20-25 years, till about 2030, at which point it will be over twice as far from Earth as it is now, and transmitting data to us at about 500 bits per second. Source.

A final bit of information is the angle of the beam. (from the first New Horizons link above):

The system includes two broad-beam, low-gain antennas on opposite sides of the spacecraft, used mostly for near-Earth communications; as well as a 30-centimeter (12-inch) diameter medium-gain dish antenna and a large, 2.1-meter (83-inch) diameter high-gain dish antenna. The antenna assembly on the spacecraft’s top deck consists of the high, medium, and forward low-gain antennas; this stacked design provides a clear field of view for the low-gain antenna and structural support for the high and medium-gain dishes. Operators aim the antennas by turning the spacecraft toward Earth. The high-gain beam is only 0.3 degrees wide, so it must point directly at Earth.

Now, onto (approximately) Proxima Centauri. It's about 268,000 AU from Earth, which is about, 7,600 times further from Earth than New Horizons currently is. That requires a beam, everything else being equal, some 57 million times stronger. That's not going to work.

I couldn't find any good information on the technology. If a beam could be tightened from 0.3 degrees wide to 0.1, or 0.01, the first would provide 9 times as strong a signal. The 2nd, 900 times. A .01 degree wide beam from Proxima Centauri would spread out to about 46 astronomical units by the time it reaches Earth, so I would think, the tighter they could make the beam the better, but at .01 degrees, the signal strength would still be about 1/60,000th the strength of New Horizons current transmission. .001 degrees, and I have no idea if that's possible, but that tight a beam, you're getting into the "this could work" range, about 1/600th the strength of the New Horizon's signal, and with greater power behind the signal and, perhaps, a larger satalite dish built on Earth, then it's in the range of workable. (but I have no idea if microwave beans can be sent over just .001 degrees)

Presumably with a much more energetic transmitter, say a few thousand watts and a very tight beam and they might be able to get a good enough transmission for Morse code, but, I would think, no pictures, only a letter at a time, like the old telegraph communication.

Do we have the technology to do it today? Well, to me, it looks pretty touch and go. I think, maybe, if there was a human colony already there, with nuclear power plants and equipment to build a large transmitter/receiver then, if they can get the beam tight enough, we probably could exchange dots and dashes with today's technology.

Can we build a spacecraft that could communicate to us from 4.2 light years away - no, I don't believe we could do that with today's technology, not at that distance.

All that said, communication is a far less difficult problem than actually getting there.

I hope my layman's answer isn't too far off.

Yes, it is absolutely possible. It would take a few years (more than 4) just to get our signal there though.

I would imagine that a very high powered x-ray laser pulsed at a high frequency implying 0s and 1s, in a binary code would be the only real way to ensure that the same information leaving here would arrive there. The signal received would be in a larger wavelength, so that would have to be taken into account when deciphering the message.

However, when the laser fired from JPL's observatory at the Galileo satellite when it was at Jupiter, the Galileo didn't have any trouble decoding the message. (see my profile pic) And that was only a (summed pulse) 40MW Nd:YAG laser (>_o), I'm sure that a space based laser system firing a similar strength laser (in the x-ray band) wouldn't have too too much trouble getting a message out there to Proxima B, if there were an array large enough to collimate the beam. My first order approximation puts the primary required to be something on the order of 60+ meters... which isn't feasible with today's technology.

17
What is the current accepted theory for the fate of hot Jupiters?
14
How close are we to having the technology to measure planetary obliquity for exoplanets?
4
Are all models of ocean planets theoretically cloud covered?
4
Can SETI certify whether or not Proxima b is inhabited by beings using electromagnetic communication?
9
Was the discovery of six exoplanets around one star as "easy" as counting six peaks in the FT?
9
How would water-ammonia oceans behave?
5
What's still needed before we can observe orbits of exomoons thereby weighing exoplanets?
4
Could a heavy exoplanet squeeze water into being liquid and 4° warm?