How do we know the laws of physics are the same throughout the universe?

What is the farthest radius we can prove from Earth, with absolute certainty, that the laws of physics do not vary? I am aware this may not be a radius but a more complex shape that cannot be simply described by a radius.

The nearest answer I can think of for a radius is a guess. And that guess is based on the farthest physics experiment we have done from earth, which I think is an experiment with mirrors on the moon. Therefore if we assume (I don't know if this assumption is 100% reasonable) all physics laws hold because this experiment works. Then the radius is the distance to the moon. This doesn't give a concrete answer for the radius, merely an educated guess.

Let's start in the middle:

What is the furthest radius we can prove from earth, with absolute certaintity, that the laws of physics do not vary?

Zero. Proofs are found in mathematics and court rooms, and are impossible in natural science. The best we can do is have falsifiable theories. This holds for every description of reality - there's no "proof" even for the Laws of Gravity.

So, what could we observe that would tell us that physical constants or relationships between physical quantities are different in other parts of the universe, or at other times during its existence?

For a change of natural laws over time, we can look at the isotope distribution in rocks here on earth. We should be able to tell whether the decay rate of various elements was different at earlier times by looking at how many of each of their decay products are around.

To summarize, we cannot say with "absolute certainty", but what we observe seems to indicate that natural laws are the same throughout the universe.

Nothing can be proved "with absolute certainty"; that is not how science works.

We adopt a working hypothesis that the constants of nature are exactly that; both constant in time and space. Then we conduct experiments that attempt to falsify that hypothesis or at least place limits on by how much things might vary.

For reasons that are explained in answers to this Physics SE question (see also this question), only the dimensionless parameters like the fine structure constant can be assessed for their variation - other constants like $G$, $c$ and $h$ are tied up in our system of (measuring) units so we are unable to say whether they are changing or not.

Taking the example of the fine structure constant, observations of absorption lines towards distant quasars put strong limits on by how much this can have varied in space and time (the two are inseparable, since it takes finite time for information to travel to us). So you can find lots of different attempts to do this in the literature - I dug out a few. Albareti et al. (2015) say the variation is less than a couple of parts in a 100,000 out to a redshift of 1 (a lookback time of about 8 billion years or so. Similar constraints exist for experiments carried out in different parts of the solar system. On the other hand, some authors do claim variations of a few parts per million on similar lookback times or in different directions (Murphy et al 2008; King et al. 2012), but these claims are disputed by many, if not most workers in the field.

There is a massive review of this topic by Uzan (2011), which you could read - this really is a broad question. My summary would be - at the moment there is no convincing evidence for any variation in space and time.

One problem with your question is that it is a bit of a paradox. If a Law of Physics appears to vary depending on time/place being observed then, because of what it means to be a physical law, we've simply misunderstood the law itself or aren't observing all forces at work. 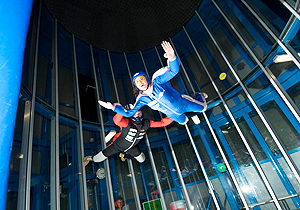 If scientists observe variances is how a law behaves and simply waves their hand saying "oh the law works differently there" then that isn't science anymore. We'd want to know why the law appears to work differently in one place vs another.

One example that is maybe more to OP's point is dark energy. We observe that the Universe is expanding at an increasing rate even though our Laws of Physics, specifically gravity predict that its expansion would cause it to decelerate. Rather than shrugging their shoulders and saying "well the Laws of Physics just work differently at the edge of the Universe" scientists theorized something called dark matter to explain why the Universe's expansion is accelerating despite gravity.

We can't know for certain. However, we can state with confidence what would be broken were it not to be true, provided a certain mathematical formulation is valid. This is Noether's theorem https://en.wikipedia.org/wiki/Noether%27s_theorem

I've encountered serious physicists discussing the possibility that that time-invariance might not hold for the early stages of the universe. The consequence would be non-conservation of energy on the largest cosmological scales, which is where the evidence for this conservation law is least strong. (We have to posit the existence of dark matter and dark energy, and also not all the universe is observable).

"They (the laws of physics) would vary in two natural ways:"

Science is based on guesses, paraphrasing Feynman. We guess that something works in a certain way. A good guess explains the existing data and makes predictions which can be tested The best guess is the good guess which is simplest i.e. minimises the number of additional assumptions. So the assumption by Newton that gravity works for planets in the same way as it does for throwing stones while walking along a beach was, in essence, just a guess.

i am by no means a scientist, thus nor an astrophysicist. i have a background in electrical engineering and a curiosity for cosmology. i ended up here essentially because i'm looking for answers to the question asked above.

it seems to me that the following information is revelant to the question : a fairly recent (2017.09.20) article published on the NASA website mentions a study which reveals that the two methods used to compute Hubble's constant (one is based on observations of type 1a supernovae, the other on the CMB) disagree (although the Standard Model of Cosmology predicts their agreement) :

the article doesn't mention a clear explanation for this discrepency. for instance, perhaps there are holes in one or both computation methods.

if i understand correctly : since it is believed that the CMB informs us about the early universe, but this is not so for type 1a supernovae, then another possible explanation is that both measurements are valid, and the discrepency means that something has changed over time. for instance, the article asks the question « Or are dark energy’s or dark matter’s properties changing over time? ». given the importance of Hubble's constant, perhaps this points to the fact that physics have changed over time.

Not the answer you're looking for? Browse other questions tagged cosmology .

15
How do we know dark matter/dark energy exists?
4
How did the reionization epoch make the universe "transparent"?
1
Are objects in the universe moving away from each other at the same acceleration?
8
How do we know so many details about Big Bang, but we do not know if Universe is finite/infinite?
1
In any particular space or universe, is the shape of its metric the same as the shape of its geodesic (perhaps the sum of its geodesics)?