Can radio telescopes such as arecibo image the subsurface of asteroids or planets?

This was done with the moon: Radio Dishes Peer Beneath Moon's Surface 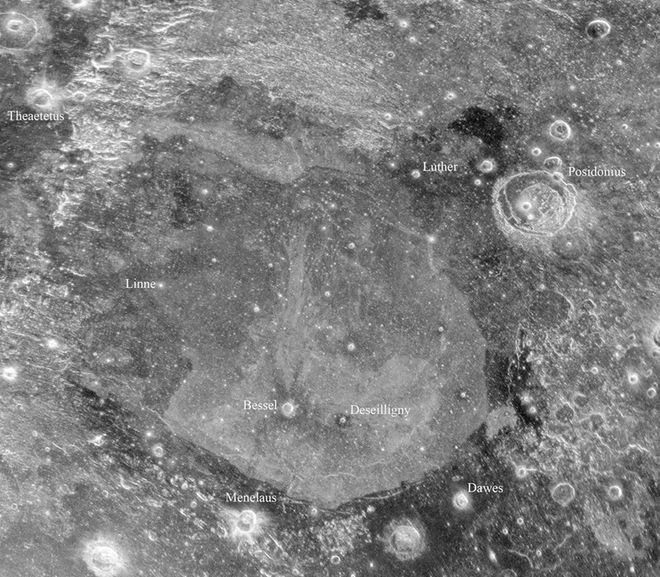 It is important to understand how this process works. The method described in your article is known as Bistatic Radar. In effect, a transmitter sends out a signal (generally a radio telescope in the microwave region) which hits the surface of some body and bounces off to be received back on Earth by a second, separate radio telescope. Now, because a microwave's wavelength is so long ($\sim 0.1-100\:cm$) the microwaves don't bounce off from the exact surface, but instead are able to penetrate slightly into the subsurface before being reflected. This means the receiver gets a reflection of the subsurface of the body.

In the case you linked, they used the Arecibo Telescope to provide the transmitted signal to the Moon and the Green Bank Telescope to receive the signal. A similar process could be done to other bodies besides our Moon. However, you run into the problem that the farther away an object is, the harder it will be to detect the returning signal.

I believe that most objects within our solar system (and certainly all objects outside it) are outside the distance where this method will work. I was able to find an instance where someone used this method for an asteroid that passed by the Earth at a distance 11 times that of the Moon. I'm not sure what the limit is to how far away something must be before this method no longer works, but I imagine it wouldn't work even for Mars unless we seriously upgrade our technology and power.

Of course your question seems to presuppose the transmitter and receiver are both on Earth. If your transmitter is much closer, say a satellite orbiting that planet, then it is certainly feasible. Here is a source which discusses the concept of using Bistatic Radar probing via a satellite, which also goes into the history a bit on what has been done before.

Yes, but not Earth-based ones.

SHARAD (Shallow Radar) is an instrument on the Mars Reconnaissance Orbiter which performs subsurface imaging of Mars.

Here is an image from Wikipedia of deposit layers on Mars's north pole, taken by SHARAD:

Not the answer you're looking for? Browse other questions tagged the-moon radio-astronomy radio-telescope or ask your own question.

17
Can impact craters on the moon act like giant radio telescopes?
1
Which 16 antenna locations were used this MeerKAT radio image?
1
How do ASKAP's focal plane phased array feeds interact with the entire array phasing?
3
Could the E.H.T. produce an image of the human artifacts on the moon?
0
How often do they move most/all of ALMA's dishes?
6
How does ALMA produce stable, mutually coherent ~THz local oscillators for all of their dishes?
6
What's the highest frequency that's been imaged by a radio telescope?
52
Is there any role today that would justify building a large single dish radio telescope to replace Arecibo?
2
How can we install a radar on radio telescopes like FAST or GMRT?
7
What could a cloud of mini radio dishes see?