What does “forward facing” mean for space telescopes?

I just noticed this announcement from the K2 mission that the field observed for Campaign 16 of the K2 mission would be changed so that the telescope would be "forward facing", saying that "observing in this mode allows for simultaneous observations from K2 and from Earth."

What exactly does it mean to be forward facing?

This can best be described by two slides from this presentation. 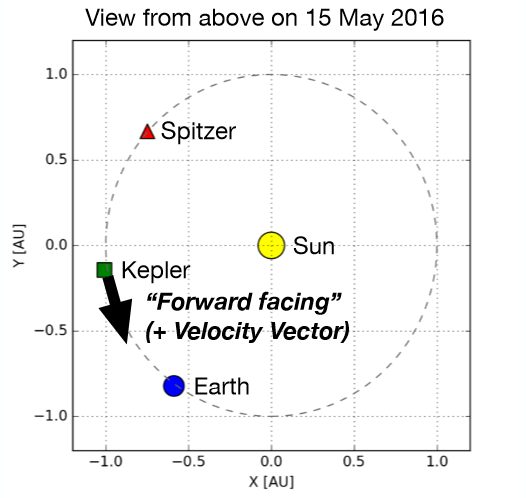 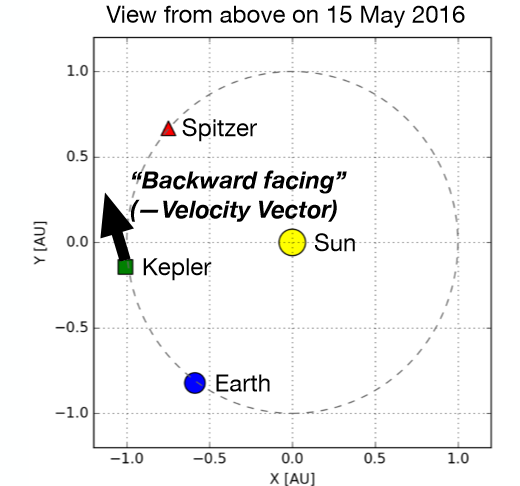 These are from the C9 campaign, which also used a forward-facing orientation.

Not the answer you're looking for? Browse other questions tagged space-telescope kepler k2 or ask your own question.

11
What are the next planned space telescopes?
5
Can ground based telescopes use a starshade in space?
4
What decided how the Kepler space telescope was pointed?
6
Are space telescopes completely out of the earth's atmosphere?
5
Why does Kepler's “Big Picture” of comet 67P look so strange? And what is the significance?
1
What type of camera instruments are used to record optical images in space telescopes like HUBBLE & JWST.?
7
Where exactly is the modification that first corrected the spherical aberration in Hubble's primary mirror?
0
What's fixed in Ariel that is moving in other planet-hunting space telescopes?
3
How are space telescopes stabilised to a perfect standstill?
5
How many space telescopes are currently active?