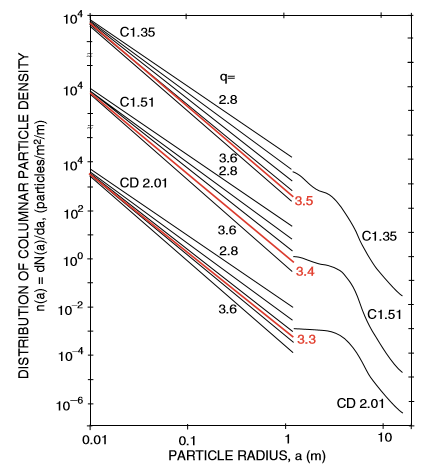 8
Trying to understand the way Saturn's ring look in this famous Cassini image
9
How unusual is the solar system?
3
Will Saturn's Moons be destroyed?
4
Refraction by Saturn's atmosphere - how dense is it here?
3
Is there, in fact, any close-up photography of Saturn's rings, showing individual pebbles/rocks?
21
Help understanding this unsettling image of Titan, Epimetheus, and Saturn's rings?
10
How did Arecibo detect methane lakes on Titan, and image Saturn's rings?
4
What is the difference between a moon and a random chunk in the rings