Solar and lunar eclipses are pretty straightforward. But what about eclipses when you are standing on the Moon? I have been trying to Google the info, but there's some gaming clan that has taken the name "terran eclipse" so it's hard to find the real stuff.

I was able to find this article on lunar eclipse from the Moon (the Earth eclipsing the sun). But what about the other way - a solar eclipse observed from the Moon? What would Earth look like? Would anything special be happening on the Moon?

As Wayfaring Stranger's answer says, during a lunar eclipse seen from Earth, an observer on the Moon would see a solar eclipse. Earth is about 4 times the apparent diameter of the Sun. You can see a photo of such an eclipse, taken by Japan's Kaguya spacecraft in lunar orbit, here. 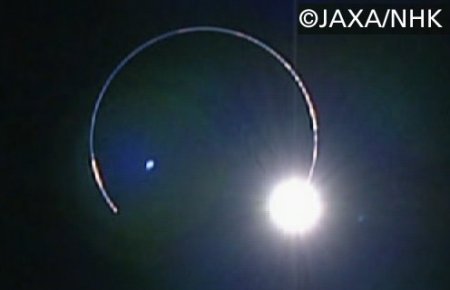 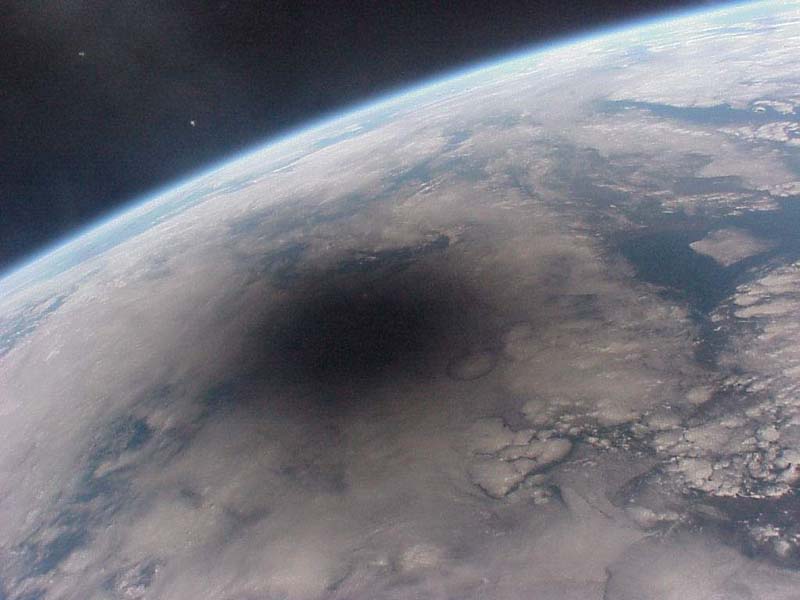 A lunar eclipse on earth is a solar eclipse on the moon. The earth takes up 2° of sky from the lunar surface (vs 0.5°), so you'd see less corona in your space suit. The moon's speed through earth's shadow is only about 1 km per second, so you'd have up to 107 minutes of totality. What with earth's atmosphere, I doubt you'd see much in the way of Baily's beads, but there'd likely be a spectacular round the world sunset glow to make up for that.

Not the answer you're looking for? Browse other questions tagged solar-eclipse lunar-eclipse or ask your own question.

13
Why does the darkening of the Moon go from left-to-right during an eclipse?
10
Red Moon a Characteristic of all Total Lunar Eclipses?
4
.2015: When last did both New/Full moon in a fort-night cause an Eclipse?
5
Total solar eclipse, supermoon, and spring equinox all happening at the same time: anything special about this?
1
Eclipse on the moon
4
What irradiance does the Moon receive during a total lunar eclipse?
3
Why can't we observe a solar eclipse and the preceding/following lunar eclipse from the same place?
4
What is the duration of the era during which it will be possible to perceive a total solar eclipse?